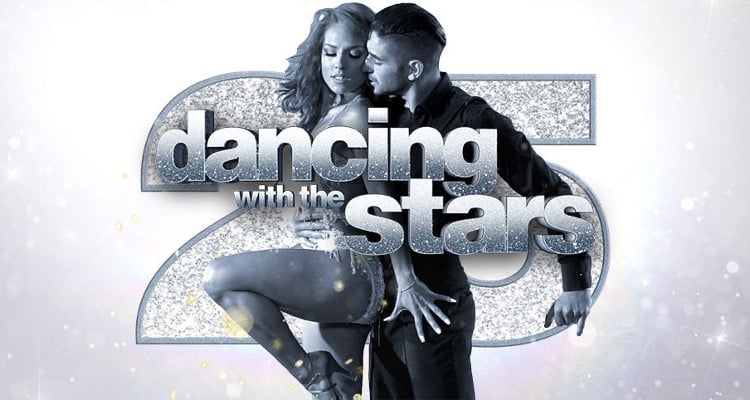 The best thing about Dancing with the Stars is seeing celebrities paired off with professional dancers and watching them dance, have fun, and compete for the Mirrorball trophy. The sizzling chemistry between the pros and the celebrities is evident from the get go, which is why the show is such a hit! This season of DWTS will feature some fantastic dancers and a bunch of celebrities who are willing to step out of their comfort zone. The fun begins at 8:00 pm EST on Monday, September 18, 2017!

In less than two weeks, one of the most loved and watched TV shows in history will return. The Dancing with the Stars season 25 premiere is scheduled to air on September 18 at 8:00 p.m. EST on ABC. Like always, there is going to be lots of color, music, dancing, and excitement as a brand new batch of celebrities are paired off with the DWTS troupe. The official cast announcement was September 6 on Good Morning America, and we now have an idea of who might take the Mirrorball trophy this season. We have details of the Dancing with the Stars cast for season 25 right here!

The countdown to the premiere is exciting for viewers as there will be exclusive interviews, fun moments from previous seasons, and new details about what to expect in season 25. The names of the 12 professional dancers participating this season have already been announced. Mark Ballas is returning to DWTS after a two-year break and boy are we glad to have him back! Ballas is also very excited and enthusiastic to show off his dance moves to prove that he has not lost his edge. The other pro dancers taking the stage in DWTS season 25 are Witney Carson, Artem Chigvintsev, Lindsay Arnold, Val Chmerkovskiy, Sharna Burgess, Keo Motsepe, Gleb Savchenko, Emma Slater, Maksim Chmerkovskiy, Alan Bersten, and Peta Murgatroyd.

Dancing with the Stars 2017 Cast

Drew Scott is an actor, realtor, and entrepreneur best known for hosting the TV show Property Brothers and his philanthropic activities. Emma Slater is a professional dancer and choreographer who has been on DWTS since season 17.

Terrell Owens is a former wide receiver who holds several NFL records. He was known for his flamboyant touchdown celebrations and was a controversial player. Cheryl Burke is a dancer, model, and TV host, who has been on the show since its second season.

Frankie Muniz is an actor, musician, writer, producer, race car driver, and band manager. He is best known for playing the titular character in Fox’s Malcolm in the Middle. Witney Carson is a professional Latin and ballroom dancer, choreographer, and actress who won the Mirrorball trophy in 2014.

Nikki Bella is a professional wrestler, actress, and model signed to WWE. She is considered to be among the best wrestlers in the world. Artem Chigvintsev is a professional dancer, specializing in Latin dancing who also performed on Broadway several times.

Jordan Fisher is a singer, dancer, and actor. He had recurring roles in the TV show The Secret Life of the American Teenager and Liv and Maddie. Lindsay Arnold is a professional Latin and ballroom dancer who performed on Dancing with the Stars since season 16.

Victoria Arlen is a television personality for ESPN as well as an actress, speaker, model, and a former paralympian swimmer. She won several medals at paralympian meets. Val Chmerkovskiy is a professional dancer who won the Mirrorball trophy twice so far.

Derek Fisher is a basketball coach and former player who won five NBA championships with the Lakers. Sharna Burgess is a ballroom dancer who was a runner-up twice on DWTS.

Barbara Corcoran is a businesswoman, investor, speaker, consultant, syndicated columnist, author, and television personality. She is best known for being on Shark Tank. Keo Motsepe is a Latin and ballroom dancer who started his career at the age of 11.

Sashaa Pieterse is an actress and singer-songwriter who is known for her role in Pretty Little Liars. Gleb Savchenko is a dancer and choreographer who also appeared on Celebrity MasterChef.

Vanessa Lachey is a television personality, beauty queen, fashion model, host, and actress who was named Miss Teen USA in 1998. Maksim Chmerkovskiy is a Latin and ballroom dance champion, choreographer, and instructor. He also worked in Broadway.

Debbie Gibson is a singer-songwriter, record producer, and actress who had several international hits like “Foolish Beat,“ “Lost in Your Eyes,” and “Say Goodbye.” Alan Bersten is a dancer who started dancing at the age of seven and was taught by his older brother.

Nick Lachey is a singer-songwriter, actor, producer, and television personality who gained fame as the lead singer of 98 Degrees. Peta Murgatroyd is a professional Latin dancer who won Dancing with the Stars twice.

Lindsey Stirling is a violinist, dancer, performance artist, and composer. She has her own YouTube channel which has her music videos. Mark Ballas is a dancer, choreographer, singer-songwriter, musician, and actor who has been a regular on Dancing with the Stars since 2007.