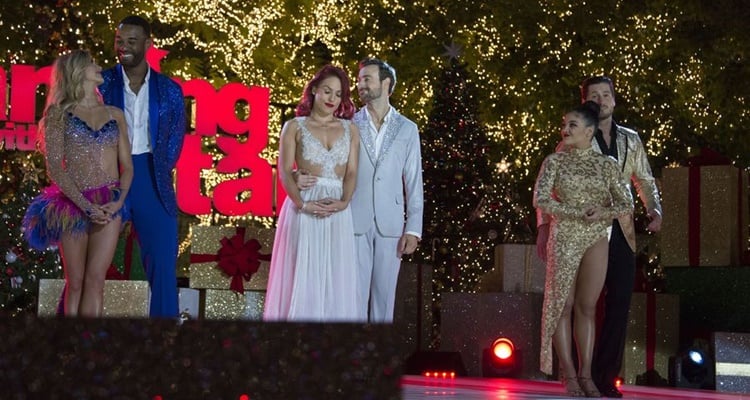 After 11 weeks of fierce competition, the DWTS winner was announced. Say congratulations to Laurie Hernandez and her professional dance partner Valentin Chmerkovskiy, the winners of season 23’s Dancing With The Stars. In case you missed out on the last episode, take a look at this Dancing With The Stars finale recap.

The winners of season 23 of DWTS were announced, and we couldn’t be more thrilled. For those of you, who may have missed out on the finale episode of Dancing With the Stars, don’t worry we have you covered. Take a look at Dancing With the Stars finale recap to know everything about tonight’s (November 22) episode.

What Went Down During The Finale of Dancing With The Stars?

On November 22, Laurie Hernandez, James Hinchcliffe, and Calvin Johnson Jr. performed for the last time in front of the DWTS judges. For the first time in the history of the show, all the final three contestants were athletes. After the November 21 performances, the scoreboard revealed that Laurie Hernandez and her partner Valentin Chmerkovskiy were in the lead.

The season finale was held at The Grove in Los Angeles. The show started with a sizzling dance performance from the show’s eliminated contestants, and the three finalists. Following the dance, performance highlights of the last episode were shown outlining the scores, people’s votes, and judges critiques of the previous night.

Pop singer and former Dancing With The Stars contestant, Andy Grammer, surprised viewers and judges by performing his latest song “Fresh Eyes.” Then Calvin Johnson Jr. and Lindsay Arnold wowed the audience with their Argentine Tango dance to the song “Hotel California.”

The first couple to take the stage were James Hinchcliffe and Sharna Burgess. The picked up the Viennese Waltz Foxtrot. All four judges, Julianne Hough, Len Goodman, Bruno Tonioli, and Carrie Ann Inaba, gave them a perfect 10, for a final score of 40/40.

The next couple to take the stage were Calvin Johnson Jr. and Lindsay Arnold. They enamored the audience with their fusion Jive and Quickstep. The judges were also impressed by their performance, earning the pair a score of 40/40.

The final, and most anticipated, performance of the night was by Laurie Hernandez and Val Chmerkovskiy. They danced the Foxtrot Argentine Tango. The judges were very impressed by their performance and could not stop praising Herndandez on her sharp moves and dancing technique. They, too, had a score of 40/40.

Before the DWTS winner was announced, Jana Kramer took the stage and performed her spectacular single “Circles.”  Based on the judges’ scores, and America’s votes, the winner of Dancing With The Stars season 23 was announced as being Laurie Hernandez and Valentin Chmerkovskiy.

James Hinchcliffe and Sharna Burgess came in second place, and Calvin Johnson Jr. and Lindsay Arnold placed third. It was undoubtedly an exciting moment for Laurie Hernandez and Val Chmerkovskiy as they were given the Mirrorball trophy. Congratulations to the winners!

Are you happy with the finale results? If not, who do you think should have won the show? Hit the comment section below with your opinion about the season 23 finale of Dancing With The Stars.