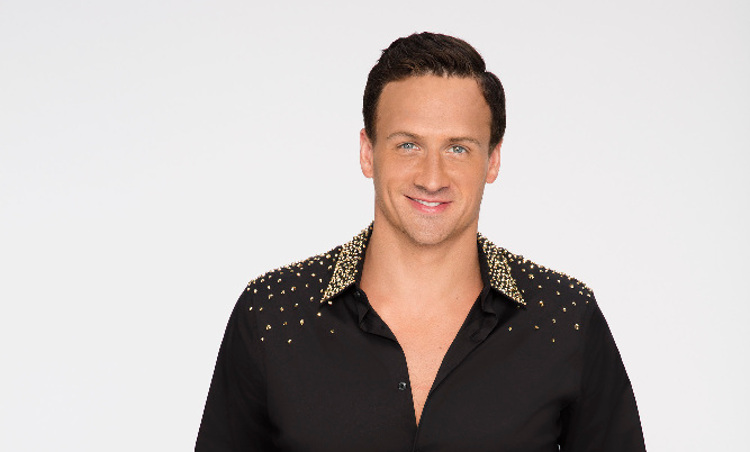 ABC Press/Dancing with the Stars

The six-time Olympic medalist danced the foxtrot with his pro partner, Cheryl Burke to “Call Me Irresponsible,” on the season 23 premiere of DWTS. After his spectacular performance, two men walked onto the stage right in front of the camera, as DTWS judge Carrie Ann Inaba was giving her comments about Lochte and his partner’s dance. The audience saw Inaba protesting, “Excuse me, excuse me, I’m not finished,” before the cameras cut to commercial.

Behind the scenes of DWTS, all hell broke loose as the two men stood in front of DWTS host Tom Bergeron, and shouted into the camera screen. Meanwhile, four people from the audience yelled out anti-Lochte chants. The older man of the duo was then tackled by security guards, and the pair was escorted out! In the commotion that ensued, Lochte, Burke, and Bergeron were pushed and fellow DTWS dancer Derek Hough ran onto the stage and screamed, “Get them out of here.” The hecklers were wearing white t-shirts with Lochte’s name circled and cut through by a red line.

This is the cause of the #DWTS disruption. More to come. pic.twitter.com/0AMkY6P2a1

Several members of the audience captured the chaos that followed, on the DWTS set on their smartphone cameras. Backstage, Lochte looked scared and shaken up by the sudden outburst, while his partner Burke appeared to be crying. After the incident, Lochte told host Bergeron, “So many feelings are going through my head right now. A little hurt but, you know, I came out here and wanted to do something that I’m completely not comfortable with, and I did, and I came out here with a big smile, and I had the best dance partner.” Awww!

Cheryl Burke (Lochte’s pro dance partner) condemned the incident saying, “I’m shocked. And I’m hurt for Ryan. Me and Ryan have gotten the pleasure to know each other, and he’s an amazing guy. He’s great. He’s kind, and he’s just here working his butt off and trying to do what he’s supposed to be doing, which is dancing. So I’m hoping people give him a chance.” We wish the duo all the very best for their future performances!