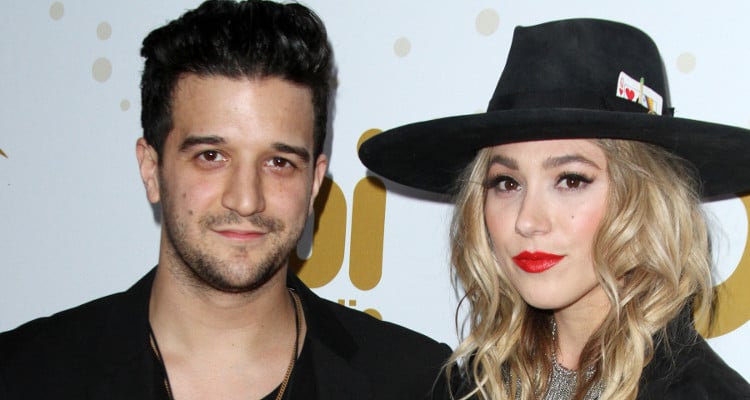 Mark Ballas is a man of many talents. The 30-year-old Dancing with the Stars alum is a dancer, choreographer, musician, singer-songwriter, as well as an actor! In the latest news, DWTS viewers are heartbroken that Ballas won’t be returning for season 23 of the hit reality dance show, Dancing with the Stars. Curious fans wanting more information on Ballas are searching the Internet for a Mark Ballas wiki and Mark Ballas’ net worth. Don’t go anywhere else, because we’ll tell you everything you need to know about Mark Ballas’ dating timeline, engagement, and his Harry Potter connection!

A Family of Dancers

Cleveland, we have arrived! Excited to perform in a city that loves live music as much as we do. Come see us @agoracle tonight doors at 8pm for the #HEADHIGHTOUR sponsored by #nicorette & #nicodermcq #whatsyourwhy #ad O H ………??? ????

Ballas was born Mark Alexander Ballas Jr., in Houston Texas on May 24, 1986. It looks like dancing was in his genes, as both of Mark’s parents, Corky and Shirley Ballas were dancers. Ballas’ paternal ancestry is a mix of Mexican, Greek and Spanish, while his mother is British. Ballas’s grandfather had a taste of fame, after inventing the Weed Eater lawn-trimming device, while Mark’s father, Corky is a retired competitive ballroom dancer, himself. He’s actually the holder of numerous Latin dance championship titles. It definitely seems like dancing runs in the family!

Loving Santa Cruz, if you’re in the area come to @catalystclub TONIGHT our set is at 10pm #HEADHIGHTOUR #SP by #nicorette and #nicodermcq #whatsyourwhy

As a child, Ballas went to Rosemead Preparatory School in London, and earned a full scholarship to the Academy. He displayed remarkable dancing skills from a young age, and after being awarded Performer of the Year in 2005, Ballas won championships like The U.S. Open to the World, The British Open to the World, as well as The International Open to the World. He also won the gold medal at the Junior Olympics!

We couldn’t be more excited to launch our #HEADHIGHTOUR TONIGHT in Santa Ana at the #constellationroom Excited to have the opportunity to share our music with you in the coming weeks. Happy to have #nicorette and #nicodermcq join us along the way #whatsyourwhy #ad

Besides his flourishing dance career, Ballas proved his mettle in acting, as well. He portrayed pivotal roles in musicals like Copacabana and Maria de Buenos Aires. For Harry Potter fans, Ballas was actually an extra in Harry Potter and the Sorcerer’s Stone, as a member of Hufflepuff! In 2009, he graced the small screen and was featured as a cameo in the hit sitcom, Samantha Who. Recently, it was announced that Ballas would be joining the cast of the Broadway musical, Jersey Boys. Ballas added more feathers to his cap when he released his debut album, HurtLoveBox in 2011.

Dancing with the Stars Success

In 2007, Ballas catapulted to fame with his appearance as a professional ballroom dancer on the hit dancing reality show, Dancing with the Stars. Since then, Ballas has been featured on every season of the series, pairing up with celebrities like Keeping Up with the Kardashians star, Kim Kardashian, as well as actresses like Shannon Doherty, Melissa Joan Hart, Willow Shields and Alexa PenaVega. He also teamed up with two-time Olympic gold medalist, Aly Raisman, as well as UFC mixed martial artist, Paige VanZant. Ballas placed first in DWTS, when he was partnered with Olympic gold medalist figure skater, Kristi Yamaguchi and Olympic gymnast, Shawn Johnson.

Net Worth and Dating Timeline

The multi-talented star has an estimated net worth of $450,000. Ballas’s money is hard-earned from his career as a singer-songwriter and guitarist. His primary source of income is his earnings from his appearances as a professional ballroom dancing partner to celebrities on DWTS. Fans are always interested in knowing about Ballas’s dating timeline. In the past, Ballas has even dated his DWTS dance partners including Julianne Hough, Sabrina Bryan, and Jeanine Mason, although all the relationships were short-lived. In 2012, Ballas began dating the actress-singer, B.C. Jean, who is famous for penning Beyonce’s hit single, “If I Were a Boy.” The couple announced their engagement in November, 2015.