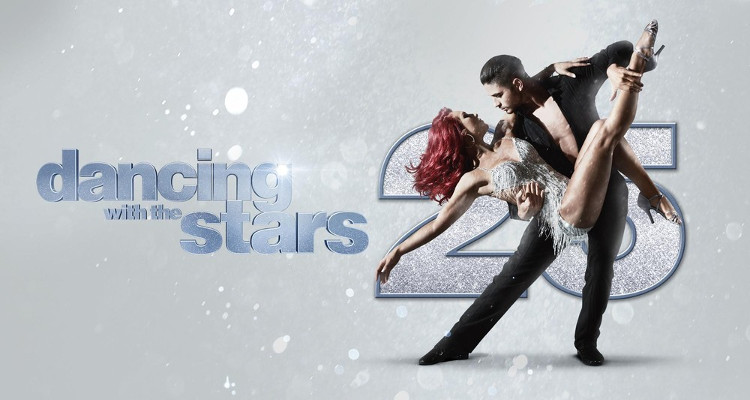 Dancing with the Stars season 25 gets even more difficult by the week! With the second week ending in a double elimination, the contestants have their work cut out for them. Sadly, the journey ended a bit too soon for one star. Find out who was voted off on Dancing with the Stars last night, September 26, 2017.

The Dancing with the Stars 2017 cast is putting in their sweat, blood, and tears to rise to the top! But who is on Dancing with the Stars now? Which two contestants were eliminated this week? With Barbara Corcoran being the first to leave after Monday night’s show, another celeb and their pro partner left the stage as of last night. Find out more about last night’s elimination and what happened during Latin Night right here!

Last night was pretty intense for the contestants on DWTS as they were all in a tight spot! With two routines in one week, the energy was surprisingly amazing. We do not know how they did it!

Seriously, the celebs are improving so much already and everyone can tell—especially voters! Speaking of which, despite growing scores, singer Debbie Gibson was the one to be sent home after receiving the lowest amount of votes.

Though dancing through the pain of an injured back, Frankie Muniz fared really well on Latin Night. He and Witney Carson rightly received the highest score of the night (25/30) from the judges! Carrie Ann Inaba was particularly happy with their sizzling performance as they closed the show with a cha-cha to Bruno Mars’ “Perm.”

It was amazing to watch DWTS veteran Mark Ballas and Lindsey Stirling do the salsa to “Mani Picao” in one of the night’s hottest performances. The judges were very excited about the dance king and his partner and scored them an amazing 24/30.

With Jordan Fisher and Lindsay Arnold also scoring a 24/30 for their samba to “Mi Gente” by J. Balvin & Willy William, their applause-worthy performance was definitely worth a tie for the second-highest score of the night!

Vanessa Lachey was praised by all of the judges for her spectacular performance, especially Bruno Tonioli who loved her “juicy, saucy, spicy” moves!  The duo received a 23/30 from the judges and though it might look like Vanessa has set a pretty high bar for herself, she is more than able to pass it.

Her husband, on the other hand, did not impress as much. Nick Lachey was in hot water last night, after he and his partner Peta Murgatroyd performed an Argentine tango to the song “She’s a Lady” by Lion Babe. Though fans thought they looked pretty good on stage, the judges weren’t all that impressed and scored the duo 19/30. Carrie Ann was quick to soften the blow of another low score by saying that she saw passion in their performance last night, even if Len Goodman didn’t. Thankfully for Nick and Peta, their score was good enough to keep them safe!

Nikki Bella and Artem Chigvintsev performed to one of the hottest songs of the summer, “Despacito” by Louis Fonsi feat. Daddy Yankee. Their samba was so hot that we needed to cool down after! But Len wasn’t captured by the sexiness; he said that their gyrating was a little over the top. Carrie Ann added that their performance lacked the bounce that a samba needs, and the slower pace didn’t do the pair any justice. The duo scored 18/30—the lowest score of the night—meaning that if fans agree with the judges, the pair could go home next week.

It was down to wire for both Nick Lachey and Debbie Gibson who were put in the danger zone. Though Debbie Gibson and partner Alan Bersten performed really well last night, they didn’t get enough votes to stay in the competition, and were sent packing.

With an intense Week 2 done with, we already feel the tensions rising as only 11 couples remain.

Here’s what Debbie Gibson had to say about her elimination:

#TeamSonBerst forever! Thank you to all who supported me and @alanbersten on @dancingabc ! We love you! #DWTS

It’s not the end of the line for the rest of the celebs still in the running to win the Mirrorball Trophy for themselves and their partners. Don’t forget to watch Dancing with the Stars, Mondays at 8:00 p.m. EST, only on ABC!