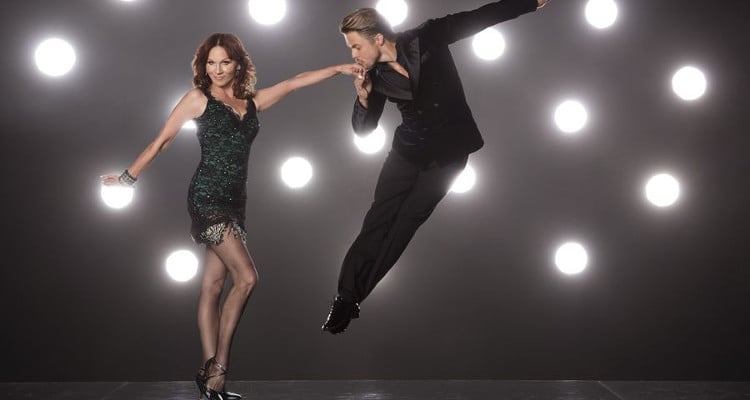 Fans of ABC’s famous dance show can grab some popcorn, sit back, and relax tonight (November 7). Millions of fans are restless and wondering who will be shortlisted in the semi-final episode of Dancing with The Stars?

Now that the show has reached its ninth week, we are only one week away from the semi-finals! This means that all six pairs must be prepared to give their best in order to reach the semi-finals, or else be eliminated.

The theme for Monday night’s (November 7) episode of Dancing with The Stars is “Showstoppers Night,” which means two rounds of dancing for the remaining six couples. According to sources, viewers will get to see each pair perform a dance routine to Broadway show tunes, which will be followed by the Team-Up competition between the six remaining celebrities and their pro dancer partners. Make sure you don’t miss out on tonight’s exciting episode!

By the end of the episode, one couple will be eliminated. However, instead of being based on their Monday night performance, it will be based on the judges’ score and the viewers’ votes.

If you are wondering which Dancing with The Stars 2016 contestants are left on the show, then look no further.

Henner and Hough’s highest scoring dance was the Cha-Cha in which they scored 34, and the lowest score was in the Jive, which earned them 27 points.

Hernandez and Chmerkovskiy’s highest score was a perfect 40 with their Michael Jackson tribute, and their lowest score was in the Cha-Cha and Tango, which earned them 31 points.

Hinchcliffe and Burgess earned a 38 out of 40 for their Rumba on Latin Week, and their lowest score was 29 points for their Cha-Cha routine.

Johnson and Arnold scored an impressive 38 for their Argentine Tango, and a 26 in their Cha-Cha routine.

Jole and Farber scored a 34 after performing an amazing Foxtrot, and only managed 25 points for their Jive.

Kramer and Savchenko scored the second perfect 40 for theri Argentine Tango, but only a 26 after their Jive.

These scores show where each of the couple’s strengths and weaknesses are in each dance form. In the coming weeks, they can either they work on their weakest dance style and impress the judges, or if they don’t want to risk missing the mark, then strictly stay away from the dances they struggled with. Both options are quite risky, but it is up to the dancers to decide.

Who do you think will be eliminated in tonight’s episode of Dancing with The Stars? Who is your favorite couple and who are you voting for? Let us know in the comments section below!