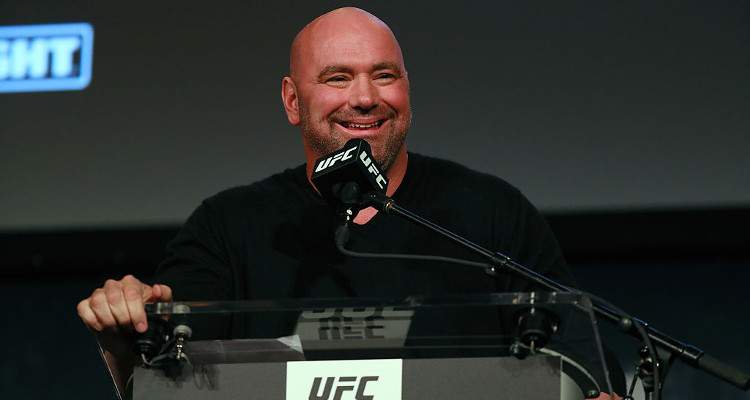 UFC president Dana White is in the limelight because of his comment about referee Mario Yamasaki. White took to social media and slammed Yamasaki for interfering late in the UFC Belem co-main event fight between Priscila Cachoeira and Valentina Shevchenko. The UFC has become a multibillion-dollar organization due to White’s involvement. So, it comes as no surprise that Dana White’s net worth is estimated at $500.0 million. Get the scoop on how he made his massive fortune right here!

On Saturday night, there was a UFC fight between Priscila Cachoeira and Valentina Shevchenko in Brazil. Mario Yamasaki was the referee, and many feel that he didn’t do a great job at stopping Shevchenko from giving several blows to Cachoeira’s head.

White was furious with Yamasaki, so he took to social media to write, “Priscilla Cachoeira, you showed so much heart and toughness in that fight. I’m honored to have you fight in the UFC. Unfortunately the ref is there to protect you and Mario DID NOT do that. This isn’t his first disgusting performance in the octagon. Another unfortunate thing is that i can’t do anything about It only the Brazilian commission can and i am hoping after this scary, incompetent showing he hopefully will never set foot in that Octagon again. Strikes landed was 230-3. [sic]”

With his hard work and determination, White has achieved a lot in his life. Keep reading to know more about his finances, including Dana White’s salary.

How Rich Is Dana White?

Dana White’s Net Worth Compared to Others

Dana White likes to roll in style! His car collection includes a Barracuda, Range Rover, Bentley, and two Ferraris. He also has a Ducati and two Harley-Davidson motorcycles.

It comes as no surprise that Dana White is causing a bit of a stir regarding the Yamasaki debacle, but many fans are on his side. Not known to be one to bite his tongue, the tweet has caused much debate online. Either way, with $500 million in the bank, we doubt he’s too worried about it!