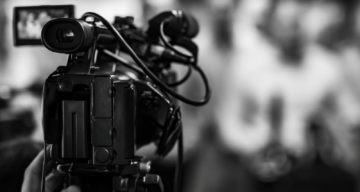 Iowa residents have to bid farewell to their favorite anchor. Dan Winters has been on WHO 13 for almost two decades and has been delivering groundbreaking news to Des Moines long before that. So viewers were dejected when Dan Winters announced he is leaving WHO-TV this month. The expected questions soon followed. WHO 13 viewers want to know why the news anchor is leaving, where is he going next, or if he is retiring. Fortunately for his dedicated followers, Dan Winters answered most of their queries.

Dan Winters Steps Back from WHO 13

Iowa native Dan Winters was always meant for broadcast. According to this American award-winning investigative reporter, he got his first on-air job at the young age of 16 on KMA Radio.

Winters was an anchor and reporter on Westwood One from 1999 to 2000. He then went to college and received his B.S. from the Greenlee School of Journalism and Communication at Iowa State University in 2003. During that time, he was a reporter on KCCI-TV

Soon after college, he joined WHO-TV, Channel 13. Winters co-anchored and reported the evening newscasts. His compelling news coverage, personality, and work in the local community made him a beloved Des Moines personality.


Dan Winters announced on May 2 that he is leaving WHO 13. And he’s not moving on to a new job. The veteran news anchor is stepping back from broadcasting.

The reason behind Winters’ decision is his family. He intends to dedicate more time to them.

“Time is precious. The loss of my sister and nephew gave my life a new perspective. Shannon and I have worked opposite schedules since the day we met. Now, we have three kids who are growing so fast. All four of them deserve a guy who will be there for dinner and bedtime,” Winters said in a statement.

Dan Winters’ sister, Diana Logan, and her son, Aaron, were murdered in 2020 by Diana’s husband. Dan’s niece survived the murder-suicide.

The anchor spoke out about the tragedy back then. It’s one of the reasons that cemented his resolve to spend more time with his wife, Shannon, and their three kids.

The family will remain in Central Iowa and have no intention to leave. So, perhaps fans can still run into the local celebrity.

WHO 13 viewers are reluctant to see their favorite anchor go. However, they understand the reasoning behind his decision and wish Dan Winters and his family well. Meanwhile, you can still catch the veteran anchor on air till the 25th.