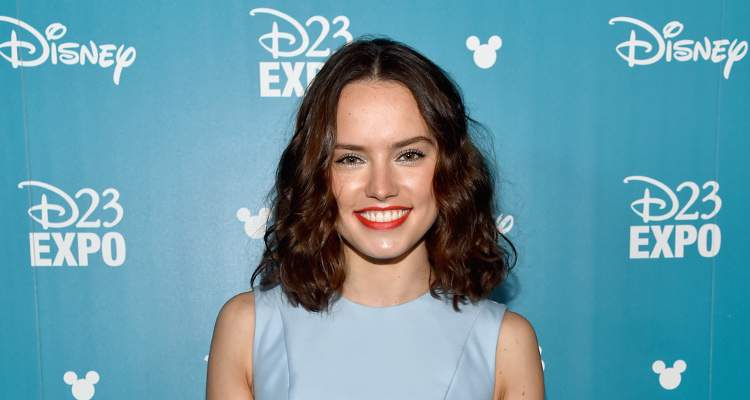 Daisy Ridley made everybody in Hollywood stand up and take notice when she gave terrific performances in the latest Star Wars films. The actress also had roles in smaller but high-quality films where she gets to show her dramatic acting skills as well. She made a conscious decision to do films full of adrenaline and challenge the mind. With multiple projects expected this year alone, we can expect to see even more of her!

Daisy Ridley has only been steadily acting for less than five years, but the young actress already created a buzz in Hollywood. She wowed audiences and critics in box office hits like Star Wars: The Force Awakens, Murder on the Orient Express, and Star Wars: The Last Jedi as well as smaller films like Scrawl and Only Yesterday.

Ridley was a virtually unknown face when she was cast as Rey in Star Wars: The Force Awakens. But today, she is considered to be one of the brightest young stars in Hollywood, with fans eagerly awaiting her upcoming movies.

Although Daisy Ridley’s Instagram account was deleted in 2016, there are still plenty of the actress’ pictures on the app.

A Lineup of Terrific Films

Even though Ridley is now a big name in Hollywood, she started out in a small way, acting in several TV shows like Youngers, Silent Witness, Toast of London, Casualty, and Mr. Selfridge. She then acted in the interactive film Lifesaver, which was nominated for a BAFTA Award.

??? <- i can't think of a caption so here's a bunch of emoji i typed before my phone runs out of batt ok bye!

In addition to Daisy Ridley’s Star Wars franchise work, she has some interesting films lined up for 2018 and 2019. These include Ophelia, a reimagining of Hamlet, along with Naomi Watts and Clive Owen; and Chaos Walking, an adaptation of the young adult novel by Patrick Ness; as well as Daddio, Kolma, The Lost Wife, and A Woman of No Importance. All these films are based on tight, well-written scripts and will have passionate directors.

Like many in Hollywood, Ridley made the tough but wise decision to act in both blockbusters and small, character-driven films. This allows her to straddle the industry’s commercial and artistic spheres.

Did anyone watch the whisper challenge with Daisy yet? It was absolutely adorable and cute that she got so excited like a child ? i smiled throughout the video

Many fans want to find Daisy Ridley’s hot pictures on social media. Even though the actress deleted her account in 2016, there are plenty of fan accounts that post her pics.

Take a look at some of the best ones right here!

I'M JUST SO EXCITED FOR THIS