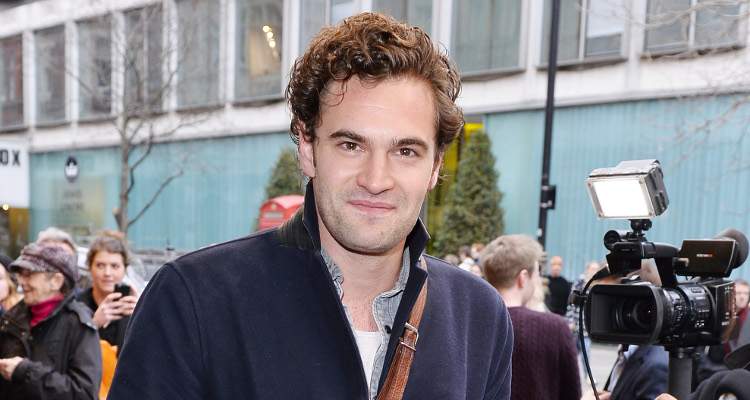 With the success of the movie adaptation of Agatha Christie’s book, Murder on the Orient Express, Tom Bateman seems to be in a celebratory mood. He was recently spotted with Daisy Ridley in London, and now everybody wants to know about their alleged relationship. Keep reading to learn more about him in our Tom Bateman wiki!

Daisy Ridley’s rumored boyfriend, Tom Bateman, is making headlines after his inspiring performance in Murder on the Orient Express. Ridley, on the other hand, is basking in the glory of her Star Wars: The Last Jedi release.

So, who is Tom Bateman? We have everything you need to know about the handsome actor, so keep reading.

An Actor is Born

Born on March 15, 1989, Tom Bateman’s age is 28. He has 13 siblings, and is a twin! They were raised in Jericho, Oxford, and Bateman attended Cherwell School. He then joined the National Youth Theater.

He knew from the start that he wanted to become an actor, and fulfilled his dream after joining the infamous London Academy of Music and Dramatic Art. He was awarded the Leverhulme Scholarship while there.

He graduated in 2011 but was already on his way to Tinseltown. He began his career with Catherine Tate and David Tennant in the play, Much Ado About Nothing at Wyndham’s Theater.

Bateman’s other plays include The Lion in Winter, The Duchess of Malfi, and Shakespeare in Love.

His more recent work can be seen in the British TV series, Da Vinci’s Demons, as well as Jekyll and Hyde.

However, Tom Bateman’s Murder on the Orient Express performance in 2017 is his best-known role. He starred as Bouc in the movie, alongside Kenneth Branagh, Johnny Depp, Penelope Cruz, Michele Pfeiffer, and his rumored girlfriend, Daisy Ridley.

Enjoy your stay. Reserve your tickets to see Murder on the Orient Express, in theaters November 10. Ticket link in bio. #OrientExpressMovie

With all the buzz about Ridley and Bateman dating, fans want a clear answer! Did the two fall in love on set while working together?

According to producer Judy Hofflund, “Something kinda happened with Tom and Daisy… but that’s public news, right? I should keep my mouth shut.”

Does that mean they are an item now? Well, the rumors have been given ammunition as the two were spotted looking pretty cozy at the Star Wars: The Last Jedi afterparty on Tuesday evening. Apparently, one of the producers let the cat out of the bag about a month ago, and now it seems there’s no hiding it! Even when asked, the two tried to tip-toe around the questions as the media was determined to get the truth.

After his amazing performances in Snatched and Murder on the Orient Express in 2017, Tom Bateman will be seen in Liam Neeson’s 2018 thriller, Hard Powder.

Until then, check out some of these Tom Bateman pics!

Meet #TomBateman, the #MurderontheOrientExpress star you’ll soon be seeing everywhere. After #TheTalentGroup met with Tom during an office visit we knew we had to do something with him… so we put him in #VOGUE, of course. Photos by #AlasdairMcLellan oppostie the fabulous #RaquelZimmermann for the November issue.