Cynthia Garrett is an education activist and one of the many panelists on news broadcasts who had a lot to say about Kamala Harris as Joe Biden’s running mate. But this isn’t the first time Garrett is in the news. Her father, Bernard Garrett Sr., was one of the most iconic businessmen in American history for bending around racist laws and building a banking empire. Late last year, Cynthia and her siblings were at war with their half-brother over their father’s legacy. This Cynthia Garrett wiki reveals more details on her life as Bernard Garrett’s daughter.

Cynthia Garrett was born on February 16, 1964 in California. She is the oldest of six children born to Bernard Garrett Sr. and Linda Guillemette Garrett. Bernard Garrett Sr. is a part of American history as the first African-American man to own and operate banks.

Texas-born Bernard Garrett married first wife Eunice and had a son, Bernard Garrett Jr. After their divorce in 1959, he married Linda Guillemette, with whom he built his banking empire in the Jim Crow South. According to Linda, they met at the bank she worked at and he had an account in.

Bernard and Linda had six children—Cynthia, Britton (born 1965), Sheila (born 1964), Steven (Born 1968), Christopher (born in September 1969), and D’Antonio (born 1971). After he was brought to testify before the Senate, Bernard Sr. was given a prison sentence at a federal facility at the time of Sheila’s birth.

His racially-driven conviction didn’t stop Bernard and Linda from continuing their business. They briefly moved their six kids to Bahamas for other business aspirations.

Bernard and Linda divorced around 1977-78 after moving back to the U.S. He would later marry Kathy Ussery, with whom he had two sons, Sullivan and Bernal.

Bernard Garrett Sr. passed away on September 9, 1999. He is survived by his nine children, including Cynthia. Linda and Kathy are still alive.

Cynthia Garrett and Her Sister Alleged Sexual Abuse by Their Brother

Cynthia Garrett revealed her horrific childhood in her 2016 book, A Prodigal Daughter: A Journey Home to Identity. She detailed her experience with childhood sexual abuse, rape, and addiction and how she overcame all the hardships.

Cynthia and her younger sister Sheila accused their half-brother, Bernard “Bernie” Garrett Jr., of molesting them when they were kids. Cynthia was the first to come forward with the allegations by commenting on news reports on The Banker.

When Apple picked up on the accusations, they pulled the movie from the AFI Fest. They also pushed the release date from January to March.

Garrett Jr. served as an executive producer on the film. But he pulled out of the film when the allegations surfaced and Apple removed his name from the credits and promo materials. He, however, denied the allegations.

Cynthia and Sheila also accused Apple and Bernie of excluding their mother, Linda, from the story. However, Garrett Sr.’s first wife and Bernie’s mother, Eunice, is depicted by Nia Long. Apple claimed that the movie was made based on Garrett Sr.’s own account.

Cynthia Garrett graduated from USC School of Law and went on to study comparative law at the University of Oxford in the U.K. But her career has mostly focused on acting and her faith.

She shot to fame as a VH1 personality and had a few TV appearances before she made her breakthrough with NBC’s Later in 2000. Linda said that Garrett Sr. had helped Cynthia negotiate a deal with NBC before his death. From there she has featured as a host on live events for the Grammys, Emmys, Billboard Awards, and more. 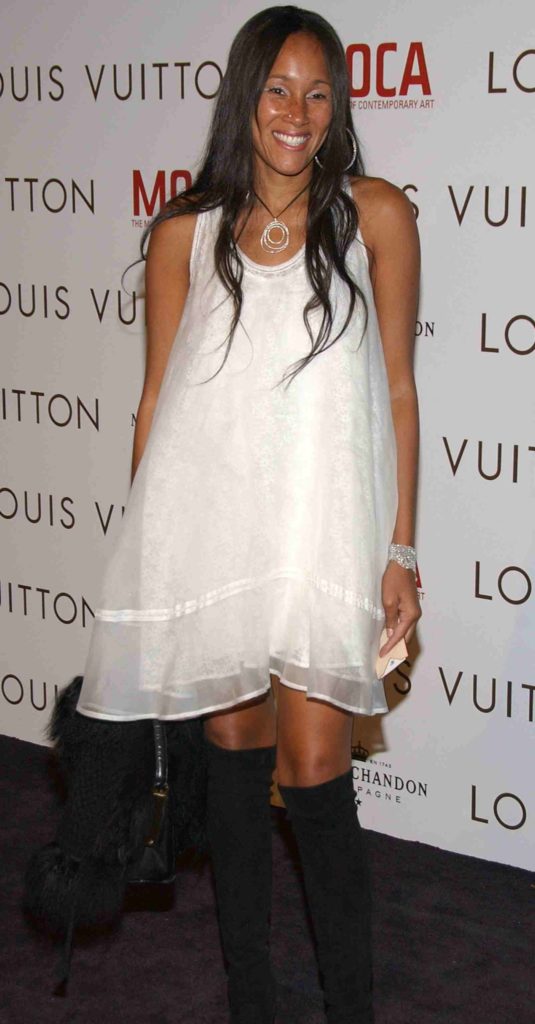 She’s also an author and contributor to publications and news panels. Her latest book, I Choose Victory: Moving from Victim to Victor, was released in May 2020.

Garrett lived in Italy and is also fluent in Italian. But that was a particularly dark period of her life. A prison stint helped her turn her life around and follow her faith.

Now Garrett is known as a preacher and also a counselor of sorts to people who are going through the same hardships she went through. Through her London-based show, The Sessions with Cynthia Garrett, she advises on divorce, marriage, dating, and more.

According to her bio on her website, Cynthia was in an abusive relationship with a person when she was in Italy. Her son, Christian Abraham Garrett, was born out of that relationship.

When Cynthia’s life was back on track, Christian had become her focus. Nonetheless, she found love again with Roger Charles.

Cynthia and Roger’s marriage is going strong and both are active as evangelists. Christian’s biological father doesn’t seem to be in the picture and he has a close relationship with his stepdad.

Like his cousin, Mike Garrett, who was a Heisman-winning NFL player, Christian is also a stellar athlete. His basketball skills got him onto the University of Kansas team in 2011.

Cynthia and Roger moved to Kansas to stay close to Christian, who majored in sports management. While there, the couple conducted regular Bible study classes for his classmates.