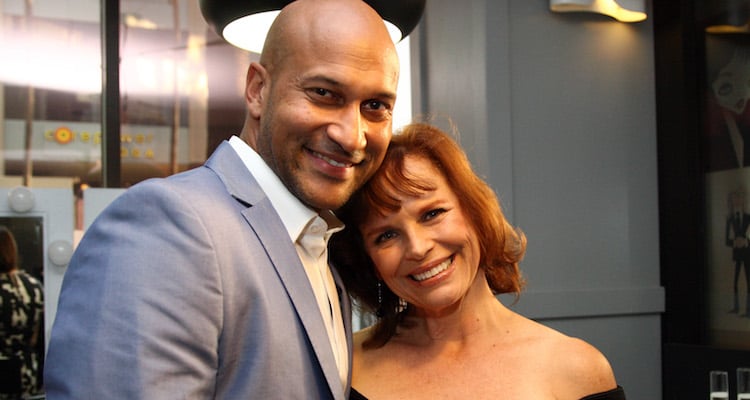 Cynthia Blaise and Keegan-Michael Key have officially divorced, according to TMZ, who broke the story. But it seems the Friends from College actor has already moved on, and now fans want to know what happened to his marriage. If you want to learn more about Keegan-Michael Key’s ex-wife, then you need to read our Cynthia Blaise wiki.

Who Is Cynthia Blaise?

Cynthia Blaise’s age is 59. She’s a dialect coach and former actress in Hollywood.

Blaise married the Key & Peele alum, 46, on December 27, 1998, and acted in a few episodes alongside her ex-husband, whose show ran from 2012 until it was canceled in September 2015. Her work as a dialect coach includes work in movies and shows such as Bad Teacher and Miami Vice.

Key filed for divorce and cited “irreconcilable differences” as the reason for the end of their 17-year marriage. He filed the divorce papers on New Year’s Eve in 2015 and was reportedly separated from her on November 15, 2015.

Reportedly, the Key & Peele star has been instructed to pay Blaise $34,000 a month in spousal support, including 21% “of his gross annual income from all sources in excess of $2,153,846,” according to the terms of the divorce documents. But “the total spousal support payable from [Key] to [Blaise] each year shall not exceed the sum of $700,000 gross.”

Furthermore, the court documents state that Key is to pay his ex-wife until either of their deaths, Blaise’s remarriage, or “further court order.” And, to “equalize the division of assets,” Key must pay Blaise $655,649. She also won their timeshare in Mexico and got to keep the 2016 Subaru Crosstrek.

As for Cynthia Blaise’s kids, she and Key have no children together.

Keegan-Michael Key's divorce is finalized ? Although Key is officially a single man, he has to shell out $34k per month plus an additional 21% of his gross income on anything he earns above $2.153 million a year to his former wife Cynthia Blaise according to tmz. On top of that he cut her a check for $655k to even out the division of assets. Keegan doesn't seemed a bit worried seeing as he just got engaged to his new fiance a few days ago. #keeganmichaelkey #celebritydivorce

The Divorce Caused Her Health Problems

According to TMZ, Blaise claimed the divorce caused her health problems that resulted in hair and weight loss, PTSD, severe anxiety, and depression. And as per the legal documents, Blaise was on five different meds around the time of the divorce filing.

It’s not all bad news for the Mad TV alum. Key is engaged to Hollywood producer and director, Elisa Pugliese, who worked on projects like Better Off Single and Boy Meets Girl.

Key wrote on Twitter Tuesday morning, “She shows me every day that each one of us has the ability to help make the world a better place. I’m the luckiest man ever. She said yes!”

The two have kept their relationship away from prying eyes, but Key was more than happy to share the news of his engagement.

The happy couple attended the 2017 U.S. Open and were in New York City at the Rescue Dinner, hosted by the International Rescue Committee, earlier this month. They were also seen during the 2017 Emmys, Tony Awards, and BAFTA Tea Party.