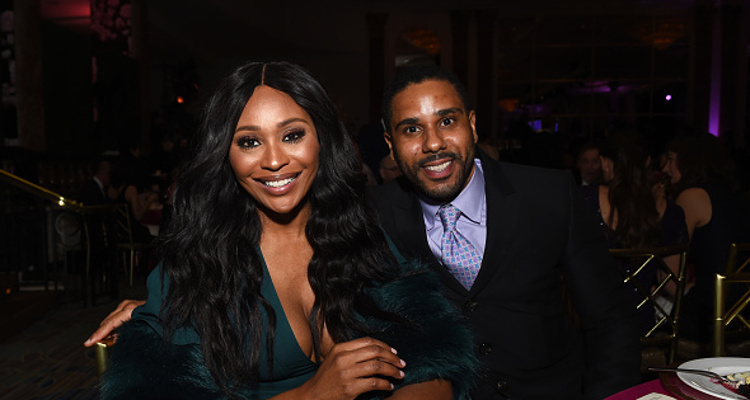 Cynthia Bailey’s love life has been in the eyes of the media for far too long now. The RHOA star doesn’t seem like she could be single by the way she carries herself! Bailey is a successful and beautiful woman who has not found true love yet. But —let’s take a moment to let this seep in—Cynthia Bailey might have a boyfriend! Who is Cynthia Bailey’s alleged boyfriend? Is Cynthia Bailey actually dating someone? Find out all about the reality star’s mystery man right here!

It’s no secret that Cynthia Bailey’s love life has hit the brakes. The model separated from her husband, Peter Thomas in 2016, but this year might prove that all is not lost. Everyone wants to know who Cynthia Bailey is dating, but the news is not yet out in the open. Read on to know all about Cynthia Bailey’s dating timeline and her current relationship status.

In an interview on Watch What Happens Live with Andy Cohen, Bailey said that she is back in action, and is definitely “dating,” though she said she had “no one in particular” at the moment. But we all know what that means! This mystery man in Bailey’s life has her fans guessing who it might be, and the reality star is more than happy to keep it a secret. A fan asked Bailey when she would start dating again because she is “beautiful and needs to show Peter Thomas what she’s working with.” The star was quick to confirm that she is dating, but did not give a name. She admitted to not being on any dating apps, but Bailey said she was up for the challenge. Though, why would she need to if she has a boyfriend?

So Much Love in Cynthia Bailey’s Life

The stunning actress started her career in modeling when she was 18 years old, and has been associated with fashion’s big names like Vanity Fair and Essence. She’s even walked the runway for a few European fashion weeks. Throughout her amazing career, she has met and dated some of the most handsome men around! Here’s a look at some of the men featured on Cynthia Bailey’s dating timeline.

Bailey was linked to the Def Jam co-founder in 1988. The music mogul even proposed to Bailey, but she turned him down. Unfortunately, the relationship only lasted about seven months, with speculation that Simmons was unfaithful. On The Real Housewives of Atlanta, Cynthia Bailey’s ex-husband mentioned that Simmons was a good person to have guided Bailey through the launch of her fashion school, The Bailey Agency School of Fashion.

The two dated for a short period of time in 1996. Though we are not sure why they broke up, we do know that Williams also proposed to Bailey and, much like Simmons, was turned down.

The couple dated in 2013 and were even engaged and have a daughter, Noelle Robinson, together. As for why they split, nobody really knows. However, the two have a very amicable relationship, and “are now happy to be co-parenting Noelle.”

Congratulations to the love of our life @noellerobinson. We are so proud of you❤️ @wwwjustleon #proudparents #classof2017

Cynthia Bailey and Peter Thomas met in 2011, and tied the knot a year later. But, to everybody’s shock, the couple split up. Now, some are speculating whether or not the love has actually died. The two were spotted going on vacation to Hawaii with a group of friends, but Bailey explained that, much like her relationship with Robinson, she is in a “good” place with Thomas now.