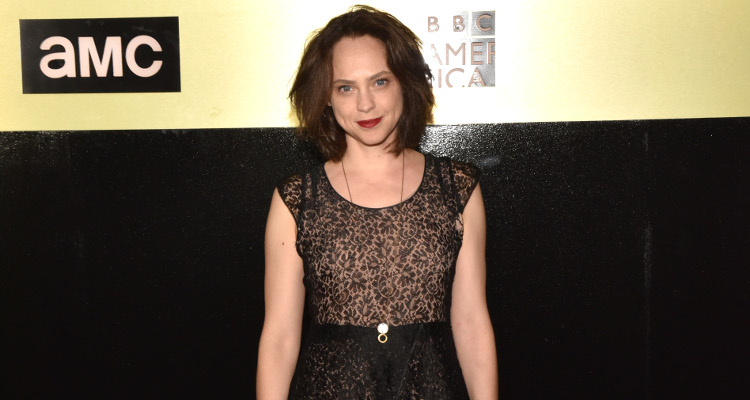 Chucky is back to haunt us yet again, and just in time for Halloween! The Cult of Chucky movie was released on October 3, 2017 and director Don Mancini was kind enough to explain the Curse of Chucky post credit scene. If you want to know more about 2017’s Cult of Chucky and check out some reviews, then keep reading. Just be on the lookout for Cult of Chucky spoilers!

Just in time for Halloween, Chucky is back. Cult of Chucky (2017) is the seventh installment of the Chucky franchise, and continues after the events of Curse of Chucky, which was released in 2013. Actor Brad Dourif returns as the voice of Chucky, with other actors in the Cult of Chucky movie, including Fiona Dourif, Jennifer Tilly, Alex Vincent, and Summer H. Howell.

The franchise started in 1988 with Child’s Play, which first introduced audiences to the serial-killer-possessed doll. Creator Don Mancini scripted nearly every film in the franchise, and directed the last three. After watching the seventh installment, a lot of people were confused about the post credit scene. Read on to have the Cult of Chucky ending is explained and see if there will be an upcoming sequel.

Cult of Chucky Movie and Reviews

Cult of Chucky brings back familiar faces from the franchise’s previous films, including Fiona Dourif as Nica Pierce, Jennifer Tilly as Tiffany Valentine, and Alex Vincent as Andy Barclay, who are all in a mental asylum, where Chucky hunts his prey. Mancini did a brilliant job at playing with perception, so viewers do not actually know who is crazy and who is sane until the end of the movie.

Cult of Chucky has Nica locked in the institution after being framed for murder by Chucky and Tiffany. Not surprisingly, nobody believes Nica’s stories about a murderous doll. But things soon change when the doll makes his way into the asylum.

On Rotten Tomatoes, Cult of Chucky currently has a score of 82%. Talking about the movie, blogger and film critic Benedict Seal said, “Seventh films have no right to be this good or break this much new ground. Cult of Chucky takes this wild story in a whole host of new directions that franchise fans are sure to get a kick out of. There are so many batshit delights, especially as things escalate towards the finale, but to spoil them would be to ruin Mancini and co.’s grand carnival. Without a doubt, Child’s Play is a horror franchise worth treasuring.”

In an unexpected ending, Charles Lee Ray’s wish is finally fulfilled, and he is able to possess a human body. As Chucky, Nica gets up from her wheelchair and leaves the institution with Tiffany by her side.

About the ending, Mancini said, “We’re working with a lot of the same people over and over again and I get to know them as people, and just as all-around talent, seeing what else they’re doing in their careers. It’s really inspiring, and Fiona is such an amazing actress and shortly after I started working with her, I knew she would make an awesome femme fatale. But that was the thing that was like, ‘Oh my god. I could see you do this.’ Because we didn’t see that in her, there’s just a whole other side of you that’s very aggressive and dominant, and would be really fun to see.”

He then said about Nica, “At the same time, I wanted something interesting with the character, I wanted the audience to go on the ride with this character and be legitimately surprised with where she ended up. Because I think it’s a really weird mixture of sort of not tragedy, but defeat, but also self-empowerment in a weird, f****d up way. Just like, it leaves her, like I didn’t see that coming. I want to know what happens next to her.” The post credit scene shows original Chucky’s head in Andy’s cabin, which he had been torturing throughout the film. We then see Kyle (Christine Elise) from Child’s Play 2, making us think that Andy’s torture will continue.

Right now there is no news about an eighth movie being in the works. You can check out the Cult of Chucky trailer below. Cult of Chucky is available on Netflix, Blu-ray, and DVD.