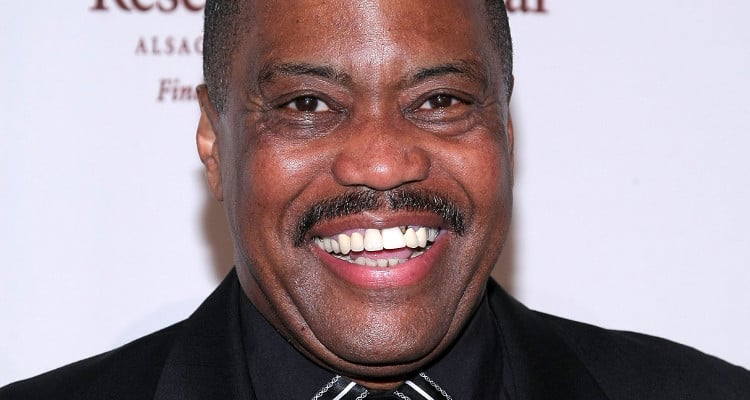 Cuba Gooding Sr., the lead singer of soul group, The Main Ingredient was found dead in his silver Jaguar on Thursday. Police suggest that this is a possible case of substance abuse, as alcohol and drug paraphernalia were found in the car. Here is everything you need to know from Cuba Gooding Sr.’s wiki.

Yesterday (April 20), singer Cuba Gooding Sr. passed away in his car at the age of 72. The cause of his death is still under investigation, but authorities found drug paraphernalia and liquor bottles inside his vehicle. His death has certainly caused a lot of sadness and distraught among fans, friends, and family members. Learn more about the singer with details from Cuba Gooding Sr.’s wiki.

Cuba Gooding Sr., a soul singer who had his biggest hit in the 1970s with "Everybody Plays the Fool," was found dead in a car in Woodland Hills Thursday afternoon, officials said. Gooding was found in a silver Jaguar in the 22100 block of Ventura Boulevard around 1pm He was 72 and would have turned 73 next week. Police are still investigating the cause of his death, but say there was no sign of a shooting at the scene. Gooding, the father of Oscar-winning actor Cuba Gooding Jr., was lead singer for the soul group The Main Ingredient. The group's biggest hits were "Everybody Plays the Fool" and "Just Don't Want to be Lonely" both released in the early 1970s. Photo @ap.images

Cuba Gooding Sr. was born on April 27, 1944 in New York to Dudley MacDonald Gooding and Addie Alston. His father was from Barbados, but fled in 1936 and went to Cuba. There, he met and married a woman. She was associated with Pan Africanist leader Marcus Garvey, and was subsequently murdered. On her deathbed, Dudley promised his wife that he would name his firstborn son, Cuba.

Cuba Gooding Sr. then married Shirley Gooding (née Sullivan) in 1966. In 1974, Cuba and his wife separated, but never divorced. After being separated for 21 years, they remarried in 1995. Together they had four kids: Cuba Gooding Jr., Omar M. Gooding, April Gooding, and Tommy Gooding.

Cuba Gooding Sr. was the lead singer of the soul and R&B group, The Main Ingredient. The band had several hit tracks like “Everybody Plays the Fool” and “Just Don’t Wanna Be Lonely.” They formed the band in 1964 as The Poets, with members Donald McPherson, Tony Silvester, and Luther Simmons Jr. The group later changed their name to The Insiders, under which they were signed by RCA Records, before changing their name one last time to The Main Ingredient (after a Coke bottle) in 1968. After Donald McPherson died of leukemia in 1971, Cuba Gooding Sr. officially joined the band after singing backup for them, and joined them on tour while Donald was ill.

All of Cuba’s children went into the entertainment industry. Cuba Gooding Jr. is an actor, Omar is an actor and musician, April is also an actor, and Tommy is a musician . In 1997, Cuba Gooding Jr. won an Oscar for his role in Jerry Maguire, and also appeared in the films, Boyz n the Hood,  As Good as it Gets, Gladiator, A Few Good Men, and The Butler.

Omar goes by his stage name, Big O, and is a rapper, actor, and artist. He is best known for his appearances in movies like Baby Boy, Ghost Dad, Boy Bye, Percentage and The Gospel.

In 1977, Cuba Gooding Sr. left his band to pursue a solo career and had two hits, “Mind Pleaser” and “Happiness is Just Around the Bend.” However, he rejoined the band in 1979, before leaving again in 1993 to give his solo career another shot.

Cuba Gooding Sr.’s Cause of Death

According to multiple sources, #CubaGoodingSr was found dead in his car. He was only 72. This story is developing.

On Thursday, April 20, 2017, Cuba Gooding Sr. was found dead in his silver Jaguar in the San Fernando Valley, only one week before his 73rd birthday. His body was found slumped over the steering wheel, and authorities do not suggest foul play. The fire department arrived at the location and tried to revive him, but were unsuccessful. There were empty alcohol bottles found in the car, as well as drug paraphernalia, suggesting an overdose.