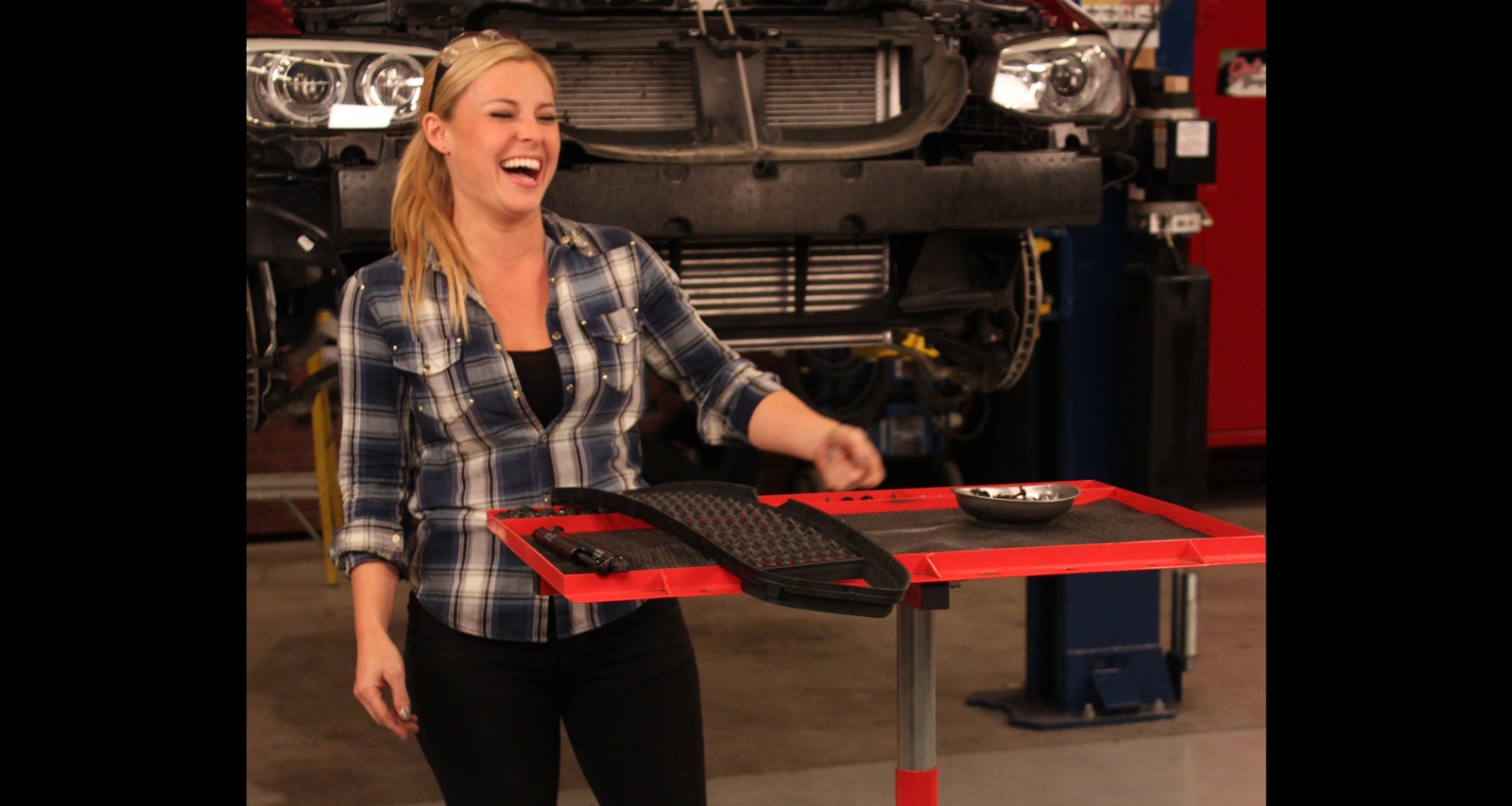 Garage Squad returns with season 6 on August 28 on MotorTrend TV. While we’re excited to see NHRA driver Bruno Massel and lead mechanic Joe Zolper again, this time, co-host Heather Storm won’t be returning. But don’t get down too soon, because Storm is reportedly working on a new show and we’re getting another awesome female addition to Garage Squad. Cristy Lee joins the guys this season as the new co-host. She’s not unfamiliar with the motorhead genre of TV shows, and from her past work, we know she’s a great addition. But for those of you who have not yet seen her at work, our Cristy Lee wiki will get you up to speed.

Cristy Lee Is from Florida

Cristy Lee was born on July 1, 1984 and hails from Daytona in eastern Florida. Her father, Barry MacCoy, owns and operates an auto garage, Import Auto Service, in DeLand and her mother, Jean MacCoy, is a teacher.

Happy Mothers Day to all the amazing moms and moms to be out there!!!

She graduated from DeLand High in 2003 and studied dance at Daytona State College. But she has been working in the sports reporting field since at least 2009.

In a Facebook post, Cristy debunked all the false information circulating about her on the Internet. Contrary to what a lot of news outlets have published, she was not born in 1977, is not over 40 years old, and is not from Huntsville, Texas.

3️⃣4️⃣ So I’m not big on birthdays, but there have been some videos circulating the interwebs and I need to clear a few…

Furthermore, these news outlets claim she has a net worth ranging from $13.0 million to $18.0 million. To that, Lee says, “…my net worth is not 18 Million, but damn do I wish it was.” Her net worth hasn’t been calculated so far.

Cristy’s father sparked her love for vehicles when she was a child. Her throwback posts on social media show a little Cristy enjoying bikes and cars with her dad. It wasn’t until she was introduced to motorcycles that she truly fell in love with mechanics, too.

“I got my first bike when I was 18 and since then, I’ve probably bought and sold a couple dozen.  But I originally began riding on the track to pursue motorcycle racing, and even got my got a racing license—which was a huge deal,” said Lee.

It's not quite a motorcycle… But it was a good start! Happy Fathers Day to my amazing dad and all the dads out there 👊👊 #happyfathersday #fathersday

After racing at the club level, she took her passion for motorsports up a notch as a reporter. Though she didn’t major in journalism or mechanics in college, it didn’t stop her from going ahead with a career in sports journalism.

“I started out in radio as a DJ, then did a lot of MC work,” said Lee. As her career progressed, she began covering AMA races and doing automotive narrating for Chrysler and Jeep.

Currently based in Michigan, she has hosted Red Wings events, been a pit reporter for Feld Entertainment, covered the XGames for ESPN, and is a brand ambassador for Kawasaki Motors. Additionally, she has hosted the famed Barrett-Jackson auction events in Las Vegas.

Cristy Lee Was the Star of All Girls Garage

When she was working with Jeep, Cristy was approached by a producer associated with Discovery Inc. But she was initially wary of the opportunity.

“I thought, yeah right—everybody’s a producer. But it ended up being legit and they were casting for a new motoring show. Next thing I knew, it was like boom! And was cast for All Girls Garage.”

Don't forget to catch All Girls Garage every Saturday & Sunday at 11:30amEST on Velocity…. AND our Season 4 PREMIERES on Saturday 3/28 so set your DVR's!! #allgirlsgarage @velocity @bogisgarage #velocity #season4 #AGG

Bogi Lateiner, Rachel DeBarros, and Cristy Lee star in All Girls Garage, which began in 2012 on Velocity before the network rebranded as MotorTrend in late 2018. Using the mechanics knowledge she inherited from her father, Cristy and her fellow motorhead queens repair and modify classic cars in their auto shop.

Showing their automotive smarts and skills has not only made these ladies popular with male viewers, but also an inspiration for female mechanics and young girls interested in the field.

The show is currently airing season 8 on MotorTrend, featuring the same trio. And now Cristy is joining Bruno Massel and Joe Zolper on Garage Squad season 6, which she’s excited about.

“Something that is really important about Garage Squad is that it is all about the story,” she said. “The vehicle is important, we want to see cool cars, but it’s more about the story of that ride and the owner and that’s what really sets this show apart.”

The switch from Heather Storm to Cristy Lee was announced back in April when the show was renewed for a new season. It’s unclear if Cristy will continue with future seasons of All Girls Garage. But something tells us she can manage two shows well.