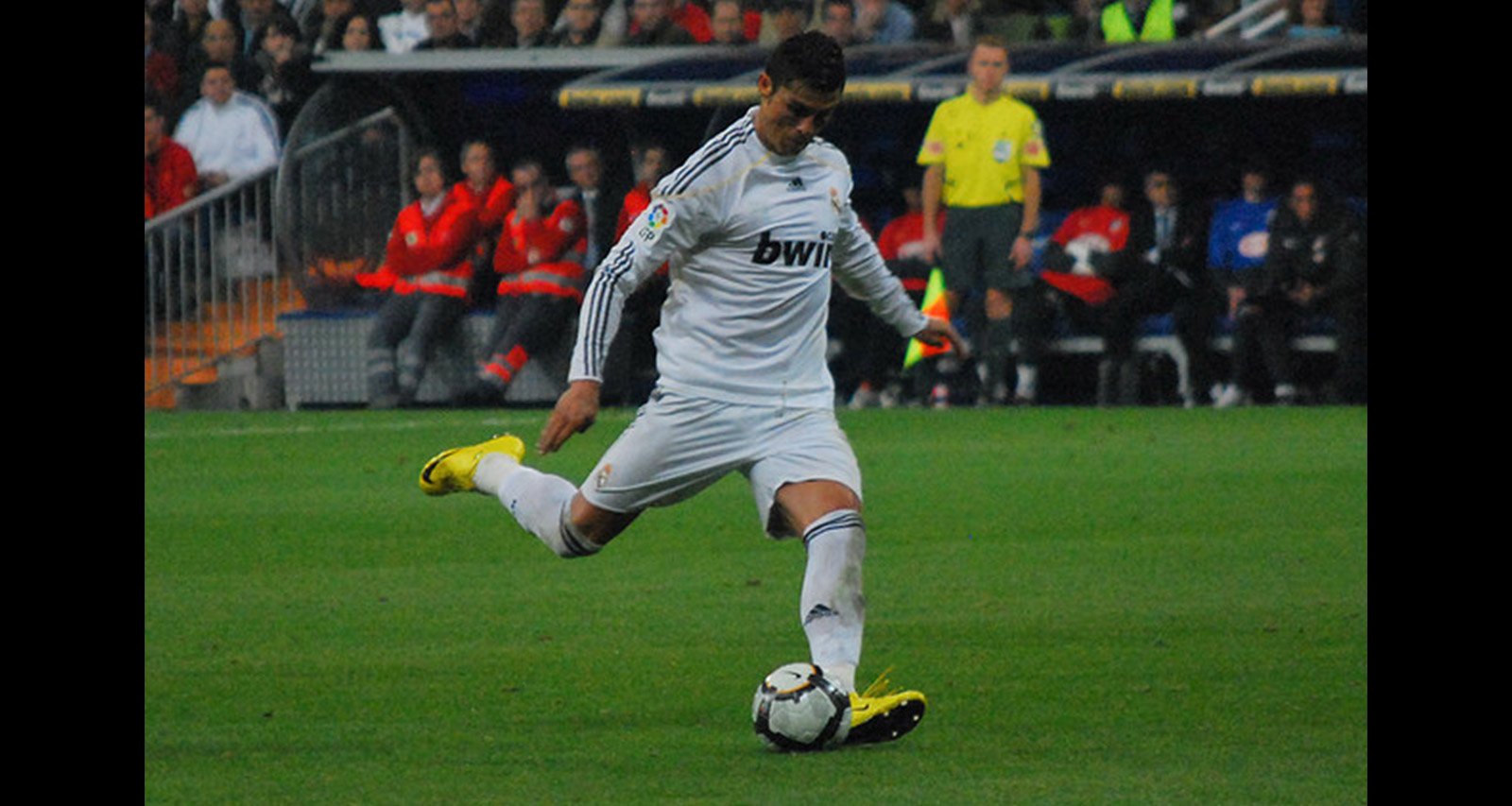 While some stars just pose for holiday-themed photoshoots or share heartwarming messages on social media, Cristiano Ronaldo is spreading holiday cheer by starring in his own musical ensemble of “Jingle Bells.” The soccer star shared the video on Facebook with the caption, “This is my Christmas card to you! Happy Holidays!”

The video shows Ronaldo doing a series of everyday tasks, like brushing his teeth or locking his car, as well as a few other actions, like bouncing a soccer ball off the wall, stomping his feet, and clinking forks on glass rims—the cool part, though, is that all of the sounds are arranged to mimic the tune of the classic Christmas carol. At the end of the video, Ronaldo says into the camera with a smile, “Merry Christmas, guys!”

It turns out the video was actually put together as an ad to help promote Ronaldo’s new line of headphones, ROC Live Life Loud, which were launched by Monster (the same company who first designed and manufactured Beats By Dre headphones) in August. However, fans didn’t seem to mind the product plug at the end, because since the video was posted earlier today, it’s racked up over seven million views on Facebook alone—that’s not even including the fans who watched it on Ronaldo’s Instagram page. The video has also been shared by more than 62,500 Facebook users.

Cristiano Ronaldo is no stranger to using flashy gimmicks to promote his products. In August, huge pictures of the athlete wearing nothing but his boxers were projected onto buildings in major cities, including New York, Berlin, Paris, London, and Madrid, to promote the launch of his new underwear line. Then, a week later, Ronaldo took to the streets wearing a scruffy disguise—complete with padded sweatpants and a shaggy wig—to promote the new headphones.

Between putting on an act and embracing his musical side, at least Ronaldo will have a few other career paths to fall back on should his famed soccer career come to an end.