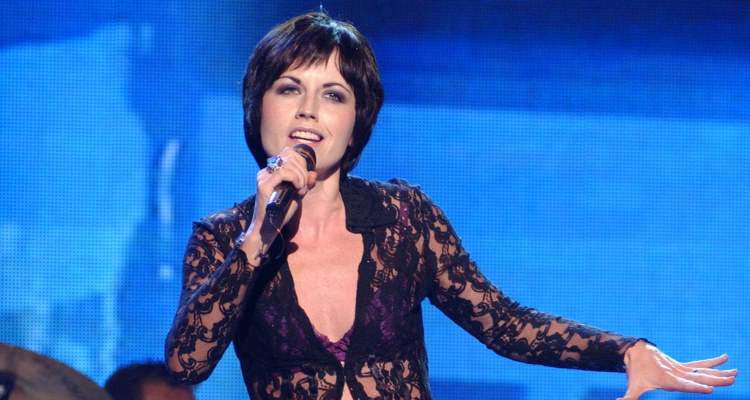 On January 15, 2018, devastating news hit fans of The Cranberries, as it was announced that lead singer, Dolores O’Riordan, had died. The news came as a shock to many, as she was young, beautiful, and very successful. Now, a coroner’s report has been released, revealing the actual cause of her death and ruling it to be completely accidental. What happened to Dolores O’Riordan? How did Dolores O’Riordan die? Here’s what we know.

According to reports, Dolores O’Riordan’s death has been confirmed as accidental. It was ruled that she died in a bath as a result of intoxication. The coroner’s report revealed that her alcohol level was 330mg per 100ml of blood, more than four times the legal limit for driving.

O’Riordan is the lead singer for internationally known Irish band, The Cranberries. At the time of her reported death on January 15, O’Riordan was in London for a recording session. So, fans were in complete shock to read headlines stating, “Cranberries Singer Dead” and immediately went into a frenzy on social media looking for confirmation and details on the horrible news.

Irish and international singer Dolores O’Riordan has died suddenly in London today. She was 46 years old.
Family members are devastated to hear the breaking news and have requested privacy at this very difficult time. Full Statement: https://t.co/L8K98BFpSM pic.twitter.com/ADEY51Xnwe

Dolores O’Riordan’s Cause of Death Revealed

According to a statement made confirming her death at the time, “Family members are devastated to hear the breaking news and have requested privacy at this very difficult time.” She was a bright, young woman with a beautiful music legacy. But there were still no real answers until now.

It seemed unlikely that O’Riordan committed suicide, as she didn’t seem depressed, there was no note left, and her death did not seem suspicious. This morning, a postmortem report by Dr. Adam Combe concluded that O’Riordan drowned as a result of alcohol intoxication.

Coroner Dr. Shirley Radcliffe said, “There’s no evidence that this was anything other than an accident. There was no intention, this seems to be solely a tragic accident.”

According to reports, she struggled with bipolar disorder throughout her life, but she responded well to treatment. However, she did succumb to bouts of heavy excessive drinking, which was evident on the night of her death. Evidence in her hotel room found that night included five empty miniatures from the minibar, which had been accessed at 2: 10 a.m. and a bottle of champagne. There was also evidence that she had taken prescription pills that night, including lorazepam. She was found by the maid in the morning, submerged face-up in the bathtub, wearing a long-sleeved vest and pajama pants. She was declared dead at 9:16 a.m. after paramedics arrived and their attempts at CPR failed.

Upon hearing the news, other artists in the industry and those who worked with the iconic artist flooded social media with their condolences. Check out what fellow Irish songwriter Hozier had to say:

My first time hearing Dolores O’Riordan’s voice was unforgettable. It threw into question what a voice could sound like in that context of Rock. I’d never heard somebody use their instrument in that way. Shocked and saddened to hear of her passing, thoughts are with her family.

Between 1993 and 2002, the band released five albums. Their No Need to Argue album cemented The Cranberries’ popularity in the alternative rock arena with the hit song, “Zombie.” They went on to do two more albums, Roses and Something Else, in 2012 and 2017, respectively.

The band was on hiatus between 2003 and 2009, at which point they got back together to do a tour in 2010. They began a second world tour in June 2016. They were forced to cancel tour dates due to O’Riordan’s health issues related to a back problem.

O’Riordan has also done some solo projects since the band’s first hiatus, including two albums: Are You Listening? and No Baggage.

Hi All, Dolores here. Feeling good! I did my first bit of gigging in months at the weekend, performed a few songs at the Billboard annual staff holiday party in New York with the house band. Really enjoyed it! Happy Christmas to all our fans!! Xo

In between her musical success and projects, O’Riordan found time to build a family life. On July 18, 1994, she married Don Burton. She’d met him when touring with Duran Duran, as he was their tour manager. After getting married, the couple lived in Kilmallock, Ireland, then Dublin, Ireland, and finally moved to Buckhorn, Ontario, Canada.

O’Riordan and Burton had three children: Taylor Baxter, Molly Leigh, and Dakota Rain. Their marriage dissolved in 2014 and O’Riordan moved back to Ireland.

It’s obvious The Cranberries singer enjoyed her hiatus from the music industry, as it gave her more time with her family. “The best time in my life was the years spent at home with my family. I love being a mum. My kids don’t see me as a famous person, or have any kind of expectation; I’m just their mum.”

Recovered from a Mental Health Crisis

Like an increasing number of artists in the music industry, O’Riordan has fought with mental illness.

In 2014, with her 20-year marriage falling apart, the singer hit a moment of crisis. On November 10, 2014, she was arrested at Ireland’s Shannon Airport after causing a disturbance on a flight from New York. She was subsequently fined 6,000 euro for assaulting a police officer.

After the incident, O’Riordan was diagnosed with bipolar disorder. It’s due to this diagnosis that the singer was simply fined rather than charged with a criminal offence.

About the court’s judgment, O’Riordan said, “I don’t really have much to say, just that I’m glad it’s over. I want to thank the doctors that helped me to get back to my health mentally.”

In an interview with Irish News, the singer alluded to past struggles with depression saying that:

“There have been times when I’ve struggled. The death of my father and mother-in-law was very hard. Looking back, I think depression, whatever the cause, is one of the worst things to go through. Then again, I’ve also had a lot of joy in my life, especially with my children. You get ups as well as downs. Sure isn’t that what life’s all about?”

In a May 2017 interview, O’Riordan talked about how happy she was to be living in Ireland again, working on her music and preparing for the 2017 tour, saying that “…life is good.”

“I’m enjoying life in Ireland,” she said. “One of the things I always miss, is the Irish pub culture. You know, the atmosphere, the music, the craic, all the things you won’t find anywhere else.”

It’s hard to believe that Dolores O’Riordan’s dead, but fans will undoubtedly keep her legacy alive through her music—much of which is still popular today.