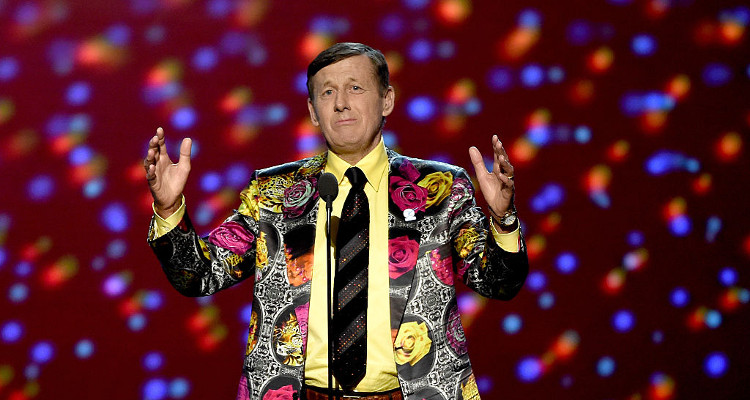 Sports reporter Craig Sager passed away on December 15, 2016 and is survived by his wife, Stacy Sager, and five children. If you want to know more about Craig Sager’s wife, then keep reading as we will reveal details from our Stacy Sager wiki.

It was definitely an emotional moment at the NBA Awards on Monday, June 26, 2017, as Monty Williams was presented with the Craig Sager’s Strong Award. Williams delivered a heart-rendering speech while accepting the award. On stage as Williams received the award was Stacy Sager.

Unlike her late husband, Sager is not in the limelight, meaning there is very little information about Stacy Sager’s age and other personal details. She is a native of Arlington Heights, Illinois and has her bachelors in biology from the University of Illinois.

Stacy and Craig got married in 2001 and the couple has two children together: Riley and Ryan Sager. Craig has three kids from his previous marriage to Lisa Gabel: Kacy, Craig Jr., and Krista Sager. It was Craig Jr. who was a match for his father’s bone marrow, allowing the reporter to undergo a transplant in 2015. The chances of being a complete match is two percent.

In August 2016, Craig underwent another bone marrow transplant. Talking about his attitude throughout the ordeal, his wife said, “His attitude is, nobody wants to hear it. And so it makes you reflect on yourself and the things that you say when you’re complaining about little things in life and trivial things, and it just puts things in perspective.”

They Have a Sports Bar in Atlanta

Craig Sager is not just survived by his wife and five kids but also his sports bar in Atlanta. Jocks & Jills Sports Bars in Atlanta and Charlotte belong to Craig Sager, Randy Wittman, Scott Hastings, and Doc Rivers. They opened their first bar in 1987, and is co-owned by Stacy Sager.

Stacy was a Chicago Bulls Dancer

The couple when Stacy Sager was a Luvabulls Chicago Bulls dancer and Craig was reporting on a Bulls game.

Craig Sager passed away on December 15, 2016 from acute myeloid leukemia. His wife never left his side and was with him throughout his treatment. When Stacy was asked about his diagnosis, she said, “Your world just comes crumbling down. It’s devastating. What he needed to do was just be strong and know that he and I can fight this together.”