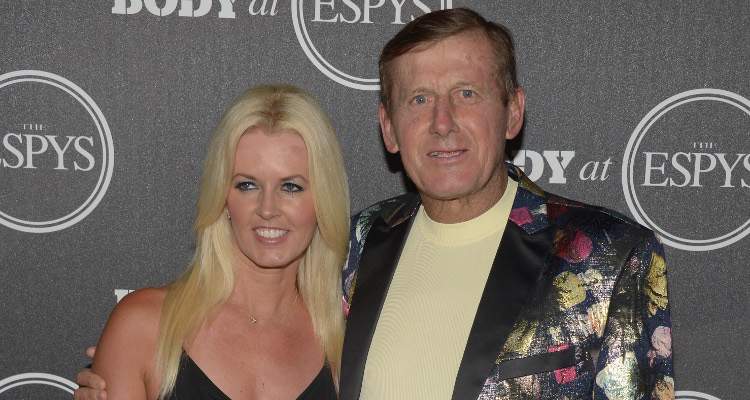 Craig Sager will always be remembered as one of the country’s best sports correspondents. His long and successful career ended in December 2016, after a battle with cancer.

Sager’s family seemed to be close-knit, as Craig Sager Jr. and Kacy Sager followed in their father’s footsteps with careers in sports reporting. That is why this news is puzzling to fans. We have everything you need to know about Craig Sager’s family, right here.

Craig Sager was married to Stacy Sager at the time of his passing. The two got married in 2001. He was previously married to Lisa Gabel for 22 years.

Stacy Sager is from Arlington Heights, Illinois, and currently lives in Atlanta, Georgia. She is President of the Sager Strong Foundation, which helps raise awareness for leukemia. The two met at the now-closed Jocks & Jills, a bar he owned in Atlanta, after going to an Atlanta Thrashers game with mutual friends.

On the first anniversary of Craig Sager’s death in December 2017, Stacy Sager wrote a moving tribute to her late husband in an article for The Players’ Tribune.

Sager shared how well-prepared her husband was at every game saying, “What a lot of people don’t know is that Craig didn’t have a producer in his ear telling him the questions to ask. He refused to have that. Instead, he was extremely prepared. He had his own notes that he kept on notepads, and he also spent hours and hours before a game planning everything out. To Craig, preparation set you free — the more script you prepared, the more you could go off script.”

From Sager’s marriage to Lisa Gabel, the couple had three kids named Craig Jr., Kacy, and Krista Sager. With Stacy Sager, he had Ryan and Riley Sager.

Craig Sager Jr. shared his father’s passion for sideline reporting. He filled in when Craig Sager battled cancer in 2014 and helped write his book, Living Out Loud. He was also a match for his father’s bone marrow transplant.

We are the champions

Sager Jr. wrote about his dad a few days after his death saying, “Being there for the last moments of my dad’s life was still a gift to me. Because my father made the most out of the life he was given, pride was the antidote to avoid the paralyzing sorrow that could have otherwise defined those last moments spent together.”

“And I was not only proud of him, but I was proud of myself. That encouragement came from knowing that I did everything I could to build the father-son relationship that we had at the end,” added Sager Jr. about their relationship saying.

As Craig Sager was a prominent sportscaster, his earnings were high. His salary was reportedly a whopping $1.0 million, making Craig Sager’s net worth estimated at $9.5 million at the time of his passing.

It seemed as though there were no issues within the family until Sager Jr. posted a recent tweet. He posted about being “pestered” by court officials.

Craig Sager Jr. wrote, “Nothing like getting served, pestered by Sheriffs & taken to court over a Will that myself and my sisters are not only 100% excluded from but do not even have any interest in contesting in the first place. Thanks, Dad.”

I support @CraigSagerJr finally coming clean about some of the dumbassery we've been dealing with.

Family is everything, and it's incredibly painful to know others are trying to erase you from it.