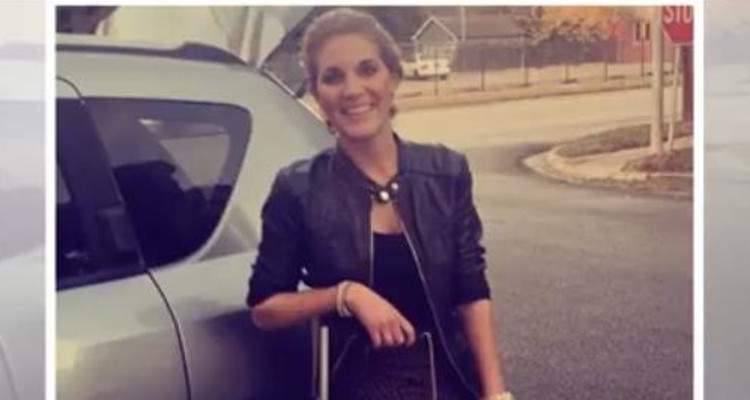 Sports journalist Courtney Roland, who has been missing from Houston since Saturday (January 6), has reportedly been found. Her disappearance caused mass hysteria for her family when it was revealed that she may have been followed when she went missing.

A Texas A&M University sports reporter, Courtney Roland went missing on January 6 but reports have no confirmed that she has been found. Her family and friends initiated a search for the young journalist and sought the help of social media users. Find out more about the missing Courtney Roland, right here.

29-year-old Courtney Faye Roland is a sports reporter for Rivals.com, which covers Texas A&M University’s sports. According to her family and friends, she went missing on Saturday after leaving a football camp in Houston.

She left the camp at around 4:00 p.m. in an Uber, according to reports. Her roommate said that Roland made it home and then left in her car. She was last seen wearing an orange Remington hat and camouflage.

The last contact from Roland was a disturbing text message her roommate received around midnight, saying she was worried about a suspicious blue truck that followed her from a Walgreens. However, the location was unknown.

The roommate told authorities that the truck apparently “looped back around and parked behind her and Roland got out of her car and the truck sped off.” The roommate also added that Roland’s vehicle, a 2015 silver Jeep Cherokee, was broken into not long ago, and she had been on high alert since.

Her disappearance turned murkier when Roland’s mother received a mysterious text from Courtney’s phone. “Hello the owner of this phone Courtney. I am buying an iPad,” read the text.

The Houston Police Department confirmed that the family filed a missing persons report. Roland’s worried roommate reached out for help finding her through a Facebook post. Roland was last active on Twitter on January 5 and her Instagram is private.

Her colleagues and athletes known to her immediately began appealing via Twitter for any information on finding her. Reports say one of her acquaintances is with the family, taking charge of updating everyone on the situation. He has been tweeting updates on her case in the hopes of getting more information.

The latest on @CourtneyRivals Courtney Roland 1:50 am

According to her friend, her car, purse, wallet, and phone were found in the Houston Galleria on Sunday (January 7) afternoon. However, there was still no sign of Roland until today, as TMZ reported she had been found.

According to TMZ, the Houston PD has confirmed Roland was found … saying, “A passerby called us about 8:15am, stating Ms. Roland was under an overpass at the 610 West Loop at Richmond.”

“Our officers arrived, confirmed it was her and arranged she be checked at an area hospital.”

As for other details regarding what actually happened to her during her disappearance, they have not been revealed at this time. According to reports, she was sent to the hospital for evaluation but otherwise seems “unharmed.”

**Missing Person** Courtney Roland @CourtneyRivals was last seen on Saturday after covering a football camp in Houston. If you have info call @HoustonPolice Missing Persons Unit at 713-884-3131. pic.twitter.com/p2rPkGQ7K3