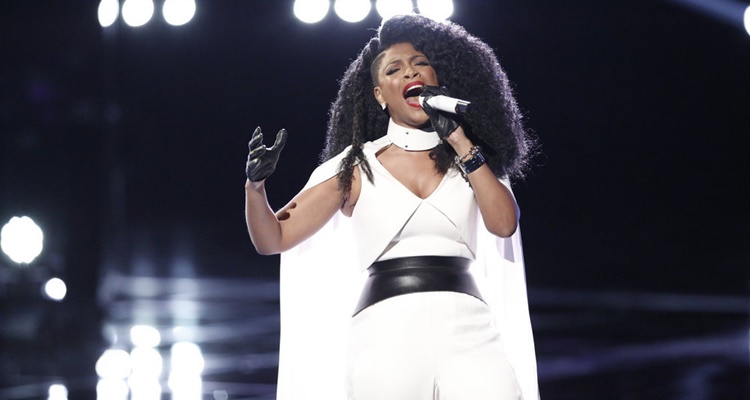 Courtney Harrell is Team Blake’s stellar performer on The Voice. She took to the stage last night to perform in the live playoffs after earning enough votes to remain in the singing competition. However, as one competitor is voted out by America tonight, it’s really anyone’s game at this point!

Courtney Harrell is one of the many fan-favorites on The Voice season 11. She awed all of the coaches during her blind audition, but Blake Shelton managed to snag her to his team within the first minute. All season long, Harrell has been belting out tunes to earn her place in the top 12. Last night, she performed in the live playoffs hoping to get enough votes to stay in the competition. With all the buzz around this up-and-coming singer, it’s natural that people want to know more about her songs, her father, mother and her family, as well as her net worth. We have all that and more in Courtney Harrell’s wiki.

Harrell was born and raised in Los Angeles but moved for the sake of work. According to her profile on the show’s website, in 2005 to 2009, Harrell was in Boston balancing work and motherhood. She has an 18-year-old son and before coming onto the show, Harrell hadn’t performed in public for over 15 years. Now that her son has grown, she decided she needed to do something for herself and pursue a singing career.

There’s no information available about Harrell’s parents or her son’s father. She single-handedly raised her son while working.

She went from Teaching Music to Writing Songs

The 36-year-old performed in public for the first time in over a decade on The Voice stage and she did feel the nerves a bit. But she’s no stranger to the professional music scene. While in Boston for four years, Harrell was a music teacher. When her teaching contract ended, her producer friend asked her to help write a song. The song she wrote was for Chris Brown’s 2011 album, F.A.M.E.

Since she entered the music scene, Harrell decided to become a professional songwriter and moved to Los Angeles. Her songwriting career took off, and she wrote several songs for big name artists like Mary J Blige, Ariana Grande, Ne-Yo, and Jennifer Hudson among a few others. She was nominated for an award at the 2013 Soul Train Awards for her work on Fantasia’s hit “Lose to Win.”

Since she’s a songwriter herself, she chose Team Blake over Team Alicia, surprising even Blake Shelton himself! “Coming into [the audition], I did give some thought to which coach would be a better fit for me. I’m a songwriter, and I do that professionally, and so, what I appreciate about Blake and just the world that he comes from is that country music has some of the greatest songwriters and greatest songs ever,” Harrell explained about picking Shelton as her coach.

She is Credited with Composing Numerous Songs

According to allmusic.com, Harrell has many songs to her credit. She composed songs for Mary J. Blige’s 2011 album, My Life II…The Journey Continues (Act 1). She also contributed to Chris Brown’s albums, F.A.M.E and Fortune.

The Voice is in it’s final phase of the live shows. Each week, the contestant with the least amount of votes (voted by America) will be leaving the show. Courtney Harrell performed “I Don’t Want to Miss a Thing” by Aerosmith last night (November 14), and is now waiting to see if viewers have voted to keep her on the show.

The Voice airs every Monday and Tuesday at 8:00 p.m. EST only on NBC. You can also live stream the episodes on the network’s website and vote for your favorite contestant to decide who stays in the competition!