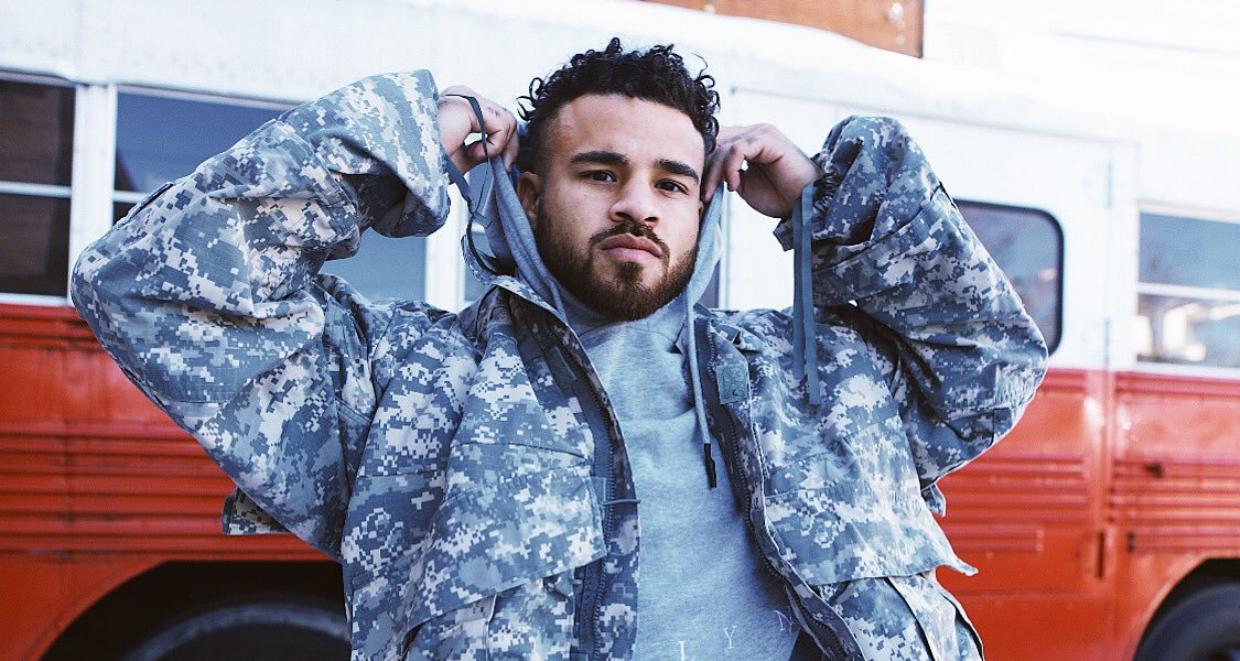 MTV’s Ex on the Beach season finale took place on June 28, 2018. Cory Wharton, has been a familiar face on multiple MTV reality shows. Many might remember the hunky reality star from The Real World and The Challenge, and because of this, a lot of the viewers are curious to know more about him.

Reality star Cory Wharton was born in Grand Rapids, Michigan on March 5, 1991, which makes his age 27. Cory stands tall at 6 feet and has always had luck with the ladies. A self-proclaimed “ladies man,” Wharton was charming women long before his stints on reality TV. Growing up, he attended Christian High School in Grand Rapids. He graduated in 2009 and played football briefly.

After completing his graduation from GRCC, Cory moved to Los Angeles to pursue his dream of making a career out of physical fitness training.

For a brief period of time, Cory worked at Equinox, a fitness club in West Hollywood. He worked as a personal trainer in Santa Monica, California.

But after living in L.A. for a month, Cory wanted to change his life. So, he decided to audition for the famous MTV show, The Real World in 2014. The season’s theme was titled “Ex-Plosion” and included the first major change in the show’s format.

The castmates of this season were put in a position where they unknowingly end up living with their exes. Needless to say, it was reality TV gold as the drama rapidly unfolded.

Cory instantly became a fan-favorite among the ladies, and it didn’t hurt that he was absolutely gorgeous! Since then, he’s become a known MTV reality star and has hosted for TMI Hollywood and presented at the Reality Television Awards.

Cory on The Real World: Ex-Plosion

In 2014, Cory became a part of The Real World: Ex-Plosion. Fans who followed the popular MTV reality series for the previous 28 seasons were introduced to a real shake-up when this season aired.

For the first time, producers threw a bunch of exes into the mix to turn up the drama, and boy did it work!

Just like the other seasons, the seven roommates moved into their new home and form relationships with one another and then they are sent on an off-the-grid vacation for an entire month.

When they return to the house, they discover many of their exes have moved into the house, completely unaware they’d all be living together. It gave a new twist to the already-dramatic reality series; it was The Real World 2.0 and Cory quickly became one to watch, especially when producers threw his ex Lauren into the mix, while he’d already slept with somebody else.

Cory on The Challenge

Cory has been a part of The Challenge since 2015, appearing in 63 episodes of the hit series. When Cory was on The Challenge: Vendettas, he was dating his co-star on the show, Alicia Lavida, whom he’s reportedly had past relations with before. Unfortunately, both of them were eliminated quite early on.

Shortly, after the show, Cory found out that he had a daughter with his ex-fling, Cheyenne Floyd. So naturally, fans wondered if their relationship had survived the baby bombshell. In an interview shortly afterward, Alicia revealed that they were “complicated friends.”

Even after she learned Cory has a kid, she stuck by his side and both of them shared very emotional moments together. Earlier this year in January, she said they “cried together” on the freeway when Cory found out he was a dad. She had also coyly mentioned at that time that the two were not exactly together.

“Unfortunately, I had somebody in my family pass and so did he, and I think we both kind of felt like … this is a reason for us to reach out and be there for each other. Every time we would try to close the door, something would come up. So, I mean, I would say right now we are complicated friends.”

Enter the latest season of MTV’s Ex on the Beach.

Cory on Ex on the Beach

It looks like Cory just loves being on reality TV! Most recently, he’s been added to the cast of the newest MTV reality series, Ex on the Beach, which premiered earlier in April.

The show features cast members from different reality TV shows (including The Bachelor, Bachelorette, and Are You the One?), who think they are appearing on a new dating show, only to discover that they’ll actually be living in paradise with their former lovers!

Insert Alicia, and a whole lot of new drama! The series takes place in Hawaii and it’s an experimental reality show that will test whether old flames can be re-lit, or if the drama will erupt in a heated disaster!

Already, drama has ignited between Cory and his former love interest, Alicia. Cory has a new love interest named Taylor Selfridge and you know Alicia is not loving it. In one of the latest episodes, tempers flare and Alicia completely loses it!

During an altercation between the two, Taylor allegedly spits on Alicia, causing Alicia’s temper to erupt and security having to separate the two. Now, lines have been drawn in the sand, with Twitter and social media blowing up as fans take sides. With Cory stuck in the middle, things get a little cringe-worthy—and fans can’t help but lap up all the juicy drama!

Are Cory and Taylor Together from Ex on the Beach?

Now onto the eighth episode of the first season, fans are simply salivating at the love triangle that’s going on between Cory, Alicia, and Taylor. And even though Cory and Taylor are still together, it’s clear that the thought of Alicia hooking up with other men in the house in really starting to get to him.

Cory got into it last week with Alicia and their argument turned volatile fast, with Cory accusing her of coming onto the show just to hook up with guys in front of him. It looks like things are just heating up for these to, and it doesn’t look good for Taylor. That’s when Cory comes clean with Taylor and drops the bomb that he’s still in love with Alicia.

Cory Warton Has a Baby with an Ex

Many were confused as to why Cory was taking part in Ex on the Beach, considering it looked as though he worked things out with his baby mama Cheyenne at the end of 2017. There were even reports of the two of them being engaged.

In a Facebook Live video, Cory explained that he and Cheyenne are on good terms and he sees her as his family, but it looks like the man is still looking for love. Fans are dying to know if things will work out for him and Alicia. 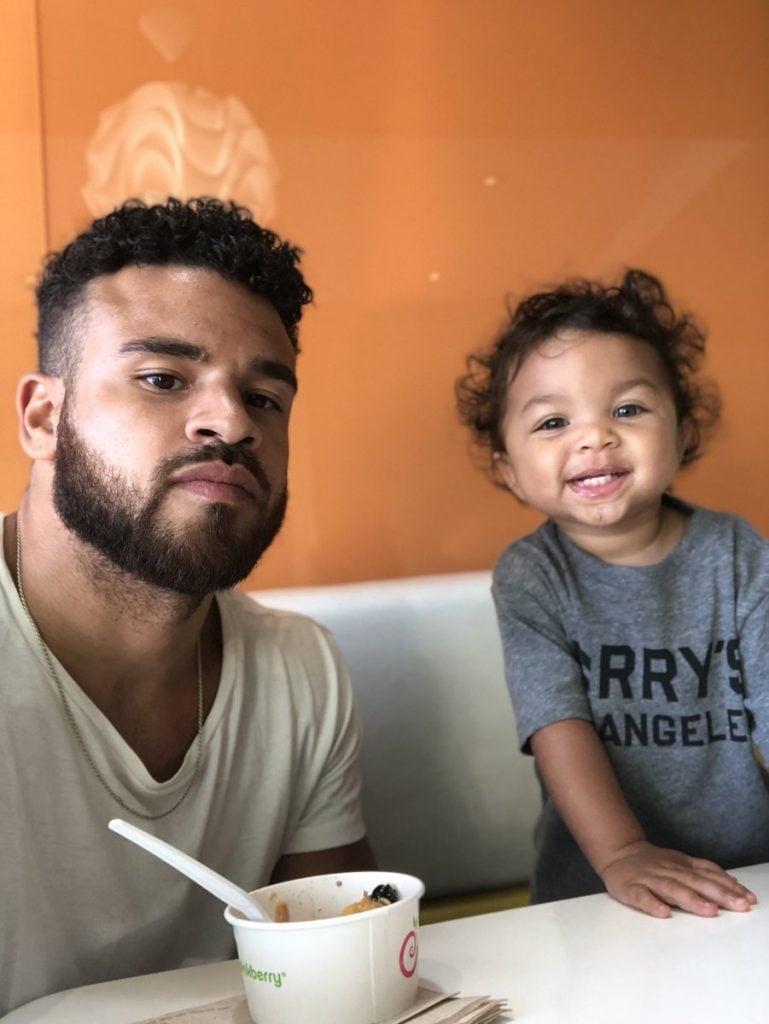 Cory and Cheyenne’s daughter is named Ryder, and she was born on April 7, 2017. But Cory wasn’t originally aware he was even a father. He learned about his daughter after the show The Challenge: Vendettas while he was seeing Alicia. Both of them were eliminated from the game and that’s when he learned about Ryder.

Cory and Alicia initially stayed an item, and they even shopped for his baby together. At that point of time, Cheyenne was just Cory’s ex-fling.

But Cory and Cheyenne seem to be doing a good job co-parenting Ryder, even though they are not together. They have a YouTube channel called “Raising Ryder” where they post a lot of vlogs about Ryder (though it looks to be mostly managed by Cheyenne).

According to the channel, Ryder has a rare genetic disease called VLCAD, it is a condition the body is not able to break down certain fats.

With all the drama surrounding Cory’s romantic life on reality TV, it’s nice to know that there’s one lady in his life that has his heart, and that’s his baby girl.

Be sure to tune in to Ex on the Beach on Thursdays at 9:00 p.m. for your latest MTV drama fix—we promise this series doesn’t disappoint!