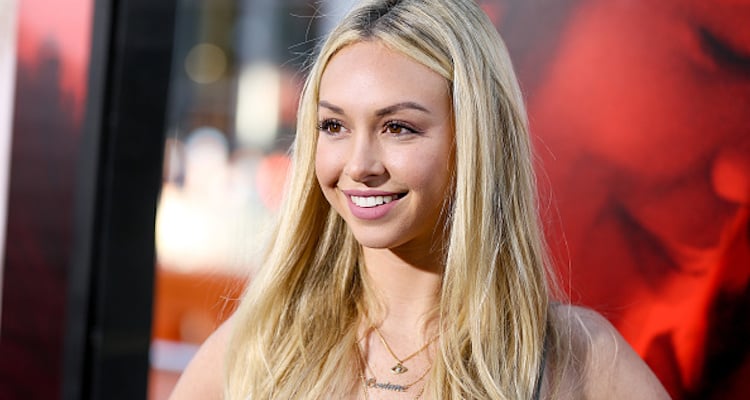 After it was announced that filming for Bachelor in Paradise was indefinitely suspended, fans were shocked to hear that it was over “misconduct” between two cast members. It has since been revealed that Corinne Olympios and DeMario Jackson had a sexual encounter while intoxicated, resulting in a producer filing a complaint, and both contestants hiring legal representation.

Love her or hate her but you can’t ignore her! We are talking about the one and only Corinne Olympios who first caught everybody’s attention in The Bachelor 2017. Olympios quickly became everybody’s favorite bad girl for her explicit behavior which turned off most of the other contestants. However, her objectionable behavior did great things for the show’s ratings. Though she reached the final four, it was Vanessa Grimaldi who won the opportunity to become Nick Viall’s fiancée. Nobody could doubt that Olympios had made a strong impression on everybody with her devil-may-care attitude. People are now seeing her in a different light, after she released a statement saying how her “worst nightmare … has now become my reality.”

Olympios was shooting for The Bachelor spinoff, Bachelor in Paradise, and fans were overjoyed at the news. Earlier this week, it was revealed that she and fellow cast member, DeMario Jackson, have been accused of engaging in inappropriate behavior on the set of Bachelor in Paradise which has brought production to a halt. A producer has filed a complaint against the show alleging workplace misconduct due to a drunken sexual encounter between the two contestants. The network has started an internal investigation to determine what really happened on June 4, as the show’s filming had begun.

Also Read: Jennette McCurdy Hot Pics: The Little Miss Who Can Do No Wrong

As news of the suspended production hit, both Olympios and Jackson remained silent on the matter. On June 14, Olympios spoke up about the situation saying, “I am a victim and have spent the last week trying to make sense of what happened. Although I have little memory of that night, something bad obviously took place, which I understand is why production on the show has now been suspended and a producer on the show has filed a complaint against the production.” Two adults hooking up is not a problem, but the issue here is that both were allegedly drunk, and Olympios reportedly blacked out. What is being investigated now is whether or not consent was able to be given by both parties at the time of the incident.

I gave a fuck once, it was terrible. ?

All of this hasn’t stopped her fans from searching the Internet for Corinne Olympios’ nude and sexy pics. It is alleged that there is a Corinne Olympios sex tape doing the rounds, but there is no proof of one existing. Those who want to see her sexy pics should check out her Instagram account. Corinne Olympios’ Instagram account is full of pics of her in sexy outfits, having fun with friends, and hanging out with her fans. No one can deny that Olympios is the kind of girl who spices up things wherever she goes.