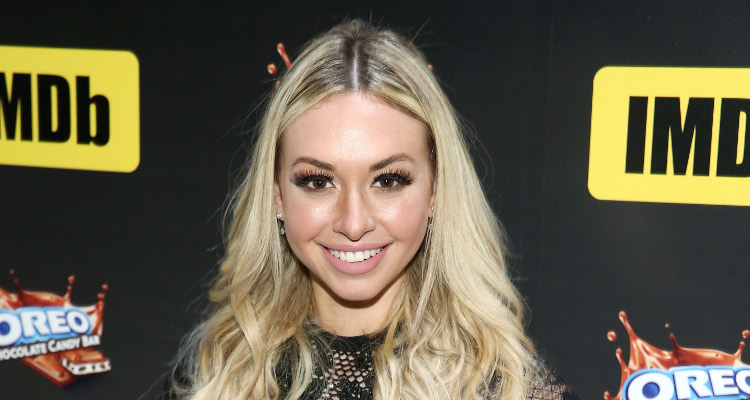 She’s at it again! Corinne Olympios is not leaving a single stone unturned, and already brought the drama before Bachelor in Paradise season 4 even begun! She is fighting back after the boat-load of DeMario drama. But is it a publicity stunt, or is it all real?

Corinne Olympios knows all too well how to be in the eyes of the media. The former Bachelor villain denied DeMario Jackson’s claims of innocence, and maintains that he sexually assaulted her, adding that the footage showed in the BiP trailer was not the one that stopped filming. Before BiP starts and a whole lot of buried treasure is brought afloat, get to know her a little better in our Corinne Olympios wiki.

Corinne Before the Cameras

Corinne Olympios is a 24-year-old from Fort Lauderdale, Florida, and from a Greek-American family. She graduated from Florida State University and was interested in theater. Though not a lot is known about her family members per say, we do know that the Olympios’ are made of money. They have a multi-million dollar business in flooring supplies, and Corinne herself is a business owner. She has an online business, and is very passionate about it.

Olympios is a stunning woman, and it’s not easy for her to go unnoticed. That is probably how she got multiple modeling opportunities. She was even seen in music videos for artists like Pitbull, Akon, and Lil Jon. She travels for her gigs and keeps up with a pretty busy schedule.

Corinne Olympios’ exact net worth is not known, but it is only growing —just like her business and her family assets. For now, her wealth is keeping the reality star pretty well off, and she does not hide it. Not to mention the fact that she has her own Nanny, and bragged about being a millionaire while on Nick’s season of The Bachelor. Corinne’s Instagram posts are just dripping with spoils, which also give an idea of the money this girl is swimming in!

Corinne was a black cat among all the kittens, and could not have cared less when she was on The Bachelor season 21. Though the other contestants were against her and her antics, she lived in her own bubble. Corinne compared herself to a cheetah and proved it an apt comparison. Fans hoped to see more of Corinne this season on Bachelor in Paradise, but after what happened between her and DeMario Jackson, neither villain will return to the show.

Her Debacle with DeMario

In case you missed it, before BiP season 4 even began, the production team apparently shut down filming after allegations of misconduct were made by a producer. An investigation immediately started, and it was suspected that there was a DeMario Jackson and Corinne Olympios sex tape floating around. It was revealed that the “misconduct” that shut the show down involved sexual activity between both contestants. Both Corinne and DeMario have different stories to tell and have gone on record to dismiss the other’s claims. DeMario believes that he is being portrayed as the villain saying, “I’m glad footage of that day is being shown. This is a victory for all men who have been falsely accused,” to which Corinne commented was “false and misleading.”

Also Read: Alexis Waters from “Bachelor in Paradise:” Wiki & Everything You Need to Know

But after a detailed investigation, Warner Bros. came out with a statement saying that there was no sexual misconduct by either party. Filming resumed, and the returning cast members came back from the U.S. to Mexico for another take of Paradise.