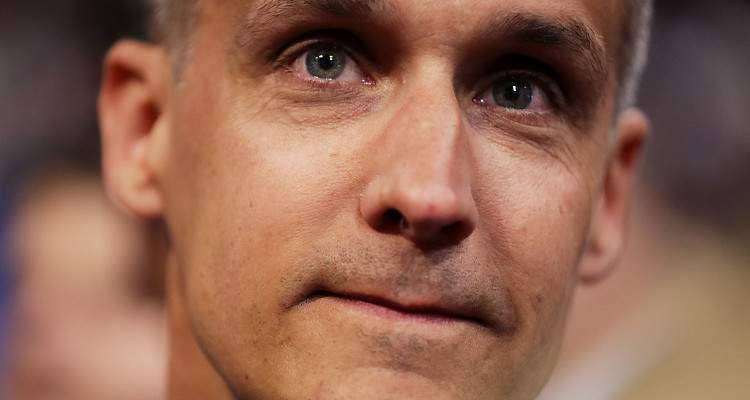 Michael Wolff’s book, Fire and Fury: Inside the White House, alleges that Hope Hicks and a married Corey Lewandowski were having an affair. Hicks is Trump’s communications director while Corey Lewandowski was his campaign manager. The book also reveals that Trump told Hicks, “You’re the best piece of tail he’ll ever have.” So, keep reading to know more about Corey Lewandowski and Hope Hicks’ affair.

True to its title, Michael Wolff’s book, Fire and Fury: Inside the White House, is fully-loaded with dynamite allegations involving Donald Trump and his team. The book reveals that while he was still a candidate, Trump allegedly told Hope Hicks, his current communications director, that she was the “greatest piece of tail” his former campaign manager, Corey Lewandowski, would ever get.

Fire and Fury: Inside the White House

Michael Wolff’s book claims that Hope Hicks and a married Corey Lewandowski were having an affair during Trump’s presidential campaign. Apparently, Hicks became upset when the media started going after Lewandowski.

Trump then intervened and told Hicks, “Why? You’ve already done enough for him. You’re the best piece of tail he’ll ever have.”

In the book, Wolff claims that after hearing this, Hicks ran from the room.

Steve Bannon, former White House chief strategist, was one of the integral sources for the book. He went on to openly criticize members of Trump’s team, mainly Donald Trump Jr., for his scandalous Trump Tower meeting with the Russians, which he described as “treasonous.”

This explosive allegation instigated the President to release a statement through his press secretary, saying that Bannon had indeed “lost his mind.”

Later, Sarah Huckabee Sanders told reporters that, “The book is filled with false and misleading accounts from individuals who have no access or influence with the White House.”

“Participating in a book that can only be described as trashy tabloid fiction exposes their sad desperate attempts at relevancy,” said Huckabee Sanders when she was questioned about the genuineness of Wolff’s sources.

Another scandalous detail the book revealed was that Melania Trump had cried in despair on election night, as she’d sincerely hoped that her husband wouldn’t win.

The book will be officially launched on January 9, 2018. And thanks to all the media hype, the masses can’t wait to get their hands on it. After all, anything related to President Trump is of great interest to the public.

The White House, however, says that the book is garbage and filled with lies. Trump’s lawyers have gone ahead and fired off a cease and desist letter, which demands the halt of any further publication or dissemination of the book.

Although that’s a smart move from President Trump, we’re not quite sure if he’s going to be able to stop this fire, and of course, the fury.