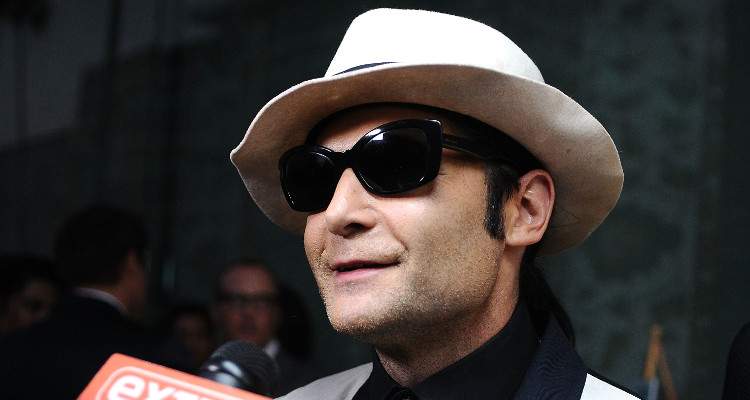 Corey Feldman, in an interview, spoke upfront about the alleged predators and the pedophilia ring that’s been in Hollywood for decades and has vowed to expose them. He named his first abuser, actor Jon Grissom.

Former child star, Corey Feldman, is on the warpath to expose the alleged child abuse in Hollywood. In a viral YouTube video, Corey Feldman claimed he’s going to reveal the person who molested him when he was a child.

Last night (November 2), he appeared on Dr. Oz and revealed the named of his alleged abuser. Jon Grissom is the first person to be named by Feldman who reportedly disclosed other names off-air.

Find out all about Corey Feldman’s alleged abuser in Jon Grissom’s wiki.

#1. Grissom Worked with the Two Coreys

Cloyd Jon Grissom went by Jon Grissom in acting circles. But, he didn’t have much success as an actor. His only known credits include License to Drive and Dream a Little Dream, two of the most famous movies starring the iconic child star duo—Corey Feldman and the late Corey Haim.

Perhaps, due to the lack of acting credits, his net worth hasn’t been calculated.

In the book, he couldn’t name the abusers citing legal ramifications. So, he used pseudonyms to identify their abusers. Haim’s abuser was named “Tony Burnham” while Grissom was called “Ron Crimson.”

“The lawyers made me change the names. … They gave me a list of three or four, you know, names. I picked the one that sounded closest to his name,” Feldman told Oz.

In his book, he named his former talent manager, Marty Weiss, as one of his abusers without changing his name. Weiss pleaded no contest to the charges and was sentenced to one year in jail.

According to his book, Feldman’s father hired an assistant named “Ron Crimson,” the pseudonym for Grissom. Crimson, described as a man in his early 20s, struck a friendship with the Feldman family.

“It was almost eerie how similar we were,” wrote Feldman, “It was as if he had studied me and was copying my every move.”

Crimson spent a lot of time with Feldman and drove him around town. Those who followed Feldman’s career were aware of his public battle with drugs. And, the Goonies star claims that Grissom supplied him drugs.

#3. Feldman Couldn’t Break It off with Grissom

It was on one such occasion, where Feldman was high on a concoction of pills supplied by his assistant, that their relationship took a dark turn. A woozy Feldman described feeling a hand on his thigh before “Crimson” performed oral sex on him.

Feldman wrote he felt “petrified” and that he should revolt, but couldn’t confront Grissom because he was afraid of losing the one friend he had. He claimed their twisted relationship went on for years and spiraled into worse abuse for Feldman.

The former teen star said that after he finally fled Crimson’s clutches, he wound up with more molesters. Feldman formed relationships with adults who reached out to him. But, more often than not, they abused the young star.

Jon Grissom is Coreys main abuser. He was his assistant who use to work for his dad & had small roles in Liscence 2 Drive & Dream a L dream pic.twitter.com/RYNwbh0m0f

#4. Grissom Has a Criminal Record

Grissom has a criminal record that dates back to 2001 for reportedly sexually abusing a child and was found guilty. He served time in 2003 for the charges. He is also guilty of violating “Megan’s Law,” which requires sex offenders to register with the state.

Grissom has been arrested and served time for other offenses, including credit card theft and resisting arrest. However, the tenure of his sentences is not known.

According to his Facebook page, Grissom currently lives in Mazatlan, Sinaloa, in Mexico. Feldman said he found Grissom’s whereabouts a few days before the Dr. Oz appearance from a fan.

#5 He Flaunts His Relationship with Feldman

On Dr. Oz, Feldman claims that Grissom is mocking him by posting throwback pictures of himself with the two Coreys.

“This guy, on his MySpace page and his Facebook page, has pictures of me and Corey Haim. He still taunts it and flaunts it,” said Feldman.

Since his interview, Grissom’s Facebook page is no longer available.

The Stand by Me star, with his wife, Courtney Ann Mitchell by his side, filed a report against Grissom with the LAPD on the show. The LAPD confirmed that he contacted them but “no report has been taken.” Feldman is required to file a formal report in person before they can begin an open investigation.

Dr. Oz confirmed Feldman disclosed more abusers to him while the cameras weren’t rolling. He asked Feldman why he didn’t reveal the names sooner. The actor said he told the cops about Grissom in 1993, but the police interrogated him about Michael Jackson’s possible child molestation charges instead.

Corey Feldman has launched the “Truth Campaign” to raise funds for a movie that will expose the alleged pedophilia ring running in Hollywood. His goal is to reach $10.0 million and has so far raised $190,000 from 4,000 supporters.