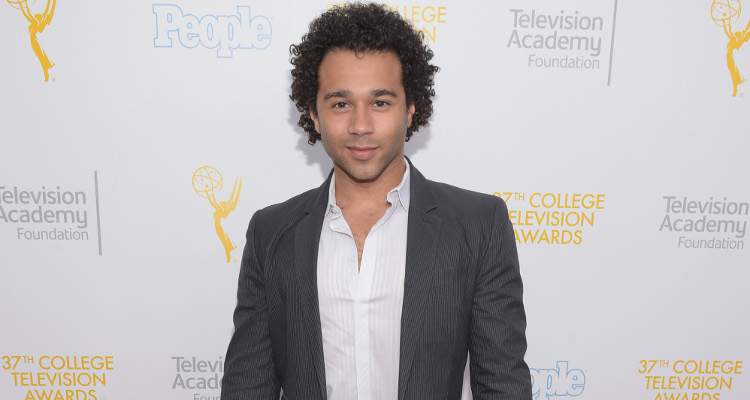 Born on February 21, 1989, in Brooklyn, New York, Corbin Bleu’s age is 28. His parents are Martha Callari, an Italian-American, and David Reivers, a Jamaican-American. He has three sisters named Hunter, Jag, and Phoenix.

Bleu’s father is also an actor who appeared in films like Jump In!, Free Style, and High School Musical 3: Senior Year.

At a very young age, Bleu had a passion for dance, so he decided to focus on jazz and ballet. His career started at the age of two, with commercials for Hasbro, Nabisco, Life cereal, and Bounty.

Thanks @natgeowild for having us yesterday at #BarkFest ? This sweet little lady is looking for a good home! Wish I could take her!#handspawsheartsrescue

When he was four, Bleu signed with Ford Modeling Agency in New York and appeared in print ads for Gap, Target, Toys “R” Us, and American Baby magazine. His focus shifted to acting at the age of six, when he played an abandoned, homeless mute in the theater production, Tiny Tim Is Dead.

To pursue his interests, Bleu graduated from Los Angeles County High School for the Arts and learned to dance at the Debbie Allen Dance Academy. Before this, he followed in his mom’s footsteps and attended Fiorello H. LaGuardia High School of Music & Art and Performing Arts in New York.

Team #fishuponastar has a new member this week? #DWTS

Bleu’s on-screen debut was in the 1996 show, High Incident. And throughout his career, he worked in several films such as Soldier, Mystery Men, Catch That Kid, The Secret of the Magic Gourd, the High School Musical franchise, Free Style, Scary or Die, Nurse 3D, Sugar, The Monkey’s Paw, To Write Love on Her Arms, and Megachurch Murder.

He also worked on TV with appearances on shows like The Amanda Show, Flight 29 Down, Hannah Montana, The Beautiful Life: TBL, One Life to Live, Drop Dead Diva, Castle, and The Fosters.

A singer as well, Bleu released the album Another Side in 2007, and Speed of Light in 2009. He signed a one-album contract with The Ghostlight Records for a recording of Holiday Inn, The New Irving Berlin Musical soundtrack, which is currently available on Apple Music.

On Dancing with the Stars season 17, he flaunted his moves with Karina Smirnoff as his partner. The pair did really well, finishing in second place as Amber Riley and Derek Hough took home the Mirrorball.

On November 6, Bleu came back to the show for just one night to perform with Jordan Fisher and Lindsay Arnold. They danced the salsa to “Que Viva la Vida” by Wisin.

Corbin Bleu’s net worth is estimated to be $4.0 million.

Bleu met Sasha Clements in a Toronto grocery store in 2011. Three years later, he popped the question in the happiest place on the earth, right in front of Cinderella’s Castle at Orlando Disney World. The engagement ring was inside a glass slipper.

In an interview, Bleu revealed, “I’m very excited to begin this next chapter of my life with the woman who stole my heart.”

His fiancée even appeared on TLC’s Say Yes to the Dress.

On July 23, 2016, the happy couple walked down the aisle at Hummingbird Nest in Santa Susana, California.

Nearly 160 guests were present, and Bleu exclaimed, “I have to say my favorite part was the feeling that started in my toes and went all the way to the top of my head when Sasha came through the gate to the entrance of our venue and walked down the aisle. From the flowing veil in the wind as she walked, to the big smile on her face, it suddenly hit me that this stunning woman that was looking at me was going to marry me and make me the happiest man in the world.”

You can check out Corbin Bleu’s return to the DWTS stage with his Trio Dance night performance below: