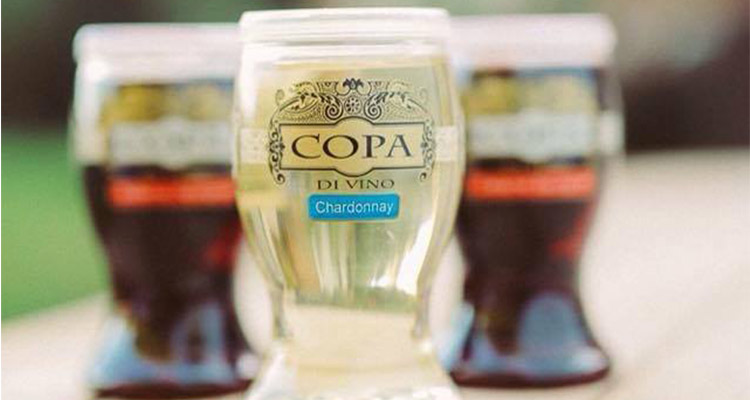 CEO James Martin of Copa Di Vino first appeared on Shark Tank to promote his wine-on-the-go glass. Although he didn’t get any investment on his business from the sharks, Copa Di Vino is running successfully with an estimated revenue of $67.0 million!

James Martin came up with the idea of wine by the glass on a bullet train through the south of France. He and his wife thought that wine in a glass could reduce the carbon waste that is created from bottling wine. One year later, Martin got the technology to his hometown of The Dalles, Oregon.

Copa Di Vino was started seven years ago by James and Molli Martin, who “perfected the technology for above-premium-level wine, to be filled directly into a single-serve plastic contoured cup.” The Martins own two other wineries.

Since he is so passionate about wine, he came up with Copa Di Vino, which means “cup of wine” in Italian. It is a sealed, single serve, ready-to-drink wine in a glass that you can carry anywhere! So, you don’t need to carry a wine bottle, a corkscrew, or a glass! 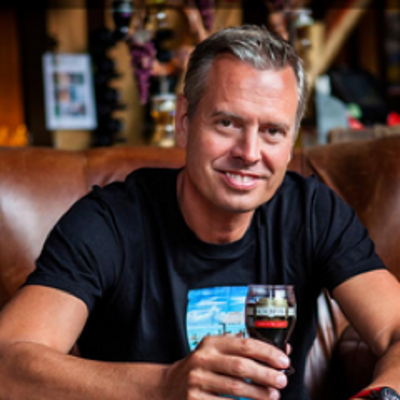 However, Martin realized that his idea was not as easy as it seemed. So, he formed a partnership with inventor and wine bottler, Pascal Carvin.

Pascal offered the technology and Marine ensured that the U.S. launch would be a success. Their two years of hard work resulted in the huge success that is Copa Di Vino.

The company offers different types of features for the wine glass:

The company is located at 901 East 2nd Street in The Dalles, Oregon.

James Martin has appeared twice on Shark Tank. And reportedly, he was one of the show’s “most disliked” entrepreneurs ever!

He left an especially bad taste in the mouth of one of the sharks, Kevin O’Leary. In fact, he said in an interview that whenever he hears the name Copa Di Vino, it’s “an arrow to my heart, the pain I suffer when I hear that name.” He further explained that whatever Martin was doing, he could make it twice the size.

James Martin and his family struggled for several years before their business made a profit. When he learned about the opportunity of appearing on Shark Tank, he jumped at it to get potential investors and expertise.

At that time, the Martin family had just started the company and needed cash. So, on the show, Martin demanded $600,000 in exchange for 30% of his business.

At first, O’Leary expressed interest in the idea, but he wanted Martin “to separate the patent for the container from the process of bottling the wine.” However, Martin was adamant and called the wine glass “special sauce.”

He ended up refusing all the offers and walked off the show!

Shark Barbara Corcoran described Martin as arrogant and explained that all the sharks on the show were giving him good suggestions. Then, everyone on Shark Tank began disliking him.

Martin claims that after the episode aired, he started getting calls with several offers to invest in his firm.

Mark Cuban said, “He was the first gold digger that we ever had. It was so obvious and that was when I said I’m out, this makes no sense.” He came back with the intent to flaunt the success of Copa Di Vino, and when the sharks began making offers this time around, Martin simply smiled and sipped his wine. It infuriated all of the sharks to no end, and Mark Cuban even retracted his offer!

And the sharks don’t regret passing on Copa Di Vino. They agreed it was better for their sanity that they let him walk.

So, Martin walked away again without any investment in his product. However, his appearance on the show did do well for his business.

As of 2017, it was reported that Copa Di Vino sold around 38 million cups of wine in places like local convenience stores, supermarket chains, hotels, and at sporting events!

In 2017, Copa Di Vino and the Martin family appeared on “20/20” Shark Tank: The Road to $100 Million. Martin and his wife discussed their success story and spoke about their vision to produce Oregon wines.

Molli and James Martin hail from families who made The Dalles their home for seven generations now. So, they have kept their family and business roots in the Columbia Gorge.

The Martins have been the second largest wine producer for the past three years. They make wine at their historical Sunshine Mills headquarters in The Dalles, which is currently under renovations.

Now, Copa Di Vino’s revenue is estimated at $67.0 million. We only wonder if any of the sharks are secretly kicking themselves for not jumping on the Copa bandwagon!