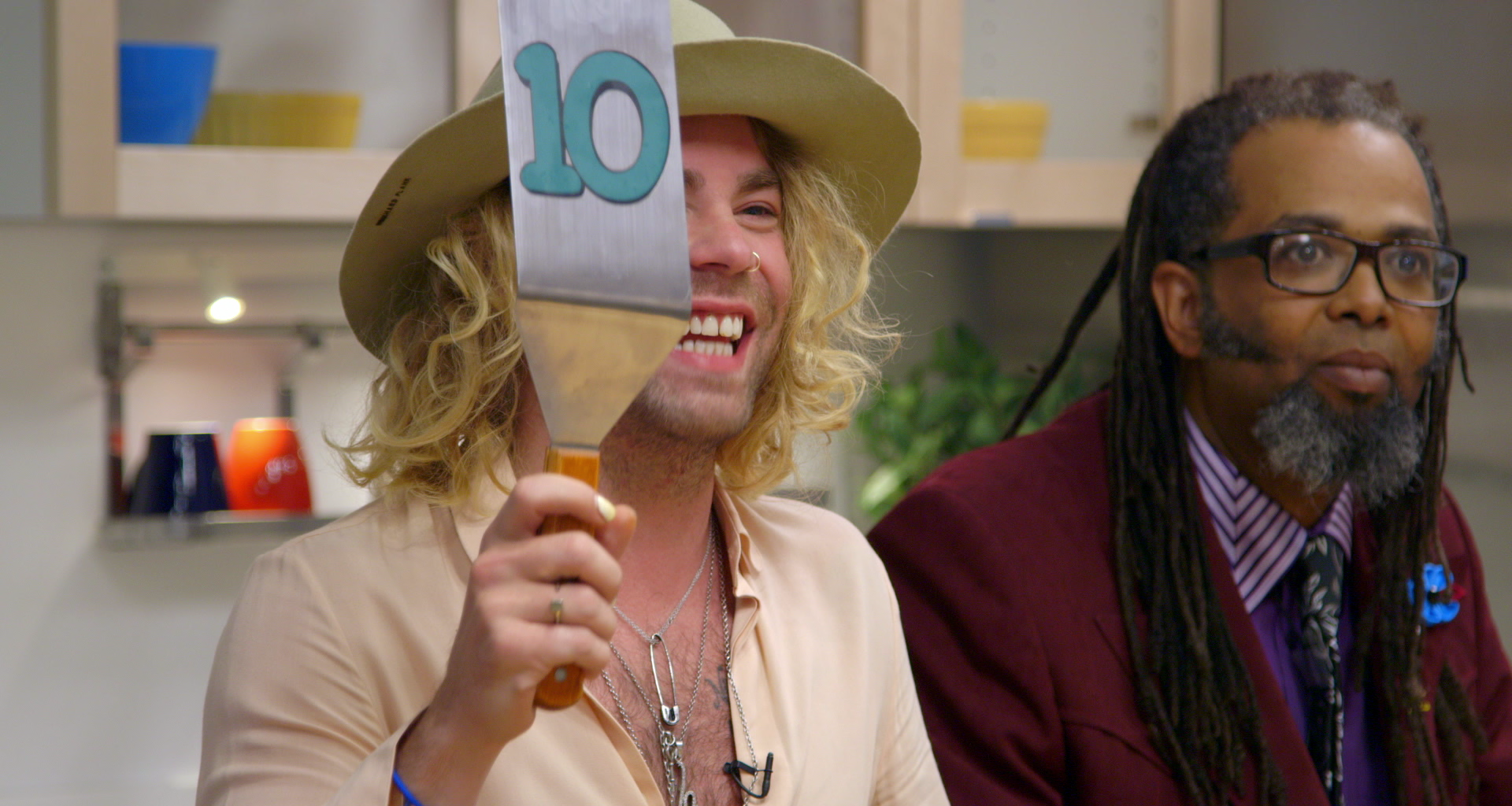 The name of this new Netflix cooking show is pretty much self-explanatory, but without knowing what it’s about, some may not get the clever pun. Cooking on High is a cooking show like Iron Chef or Top Chef, but with one major difference. The chefs have to infuse a buzz-worthy amount of marijuana into their dishes and get the top score. Here are more facts about Cooking on High, which will premiere on June 22, 2018, only on Netflix!

Cooking on High might sound like a peculiar name, but the show is all about being blunt! (Pun intended!) Hosted by popular YouTuber and comedian Josh Leyva, this au courant cooking show aims to pave the way for a whole new generation of crispy new cooking shows laced with ganja!

With marijuana becoming legal in more and more places, a new style of cooking is taking over. So, it’s only a matter of time before we see cooking shows starting to introduce these new “flavors.” And Netflix seems to have gotten their hands on the first of its kind!

Here are some things you can expect from the show, including facts about Cooking on High’s cast.

Different Types of Marijuana Will Be Used in Every Episode

Marijuana expert and stand-up comedian Ngaio Bealum has some seriously insane knowledge about weed, and he is a cast member on Netflix’s new show! The chefs competing are ready to whip out some cool new dishes to impress the judges, and Bealum is going to guide them about what they might be cooking with.

Each episode has a different theme. So, there are a lot of weed varieties that audiences will learn about!

Cooking on High Is a Competition

Although everyone is going to be in the rasta mood on the show, don’t forget that it is still a competition after all! Chefs from across the nation, who are serious in making cannabis a cooking ingredient, are going to make sure they put their best plate forward.

So, while Cooking on High’s judges are getting baked, they have a very critical task of rating the dishes, too!

While there may have been shows in the past that have promoted cannabis-based cuisine, Cooking on High is probably going to be a pioneer of its kind. This is due to the incredible amount of influence Netflix has on the current society.

With marijuana legalized in many states now, the show is only going to reap profits while providing an educational and entertaining program! Don’t be surprised if further down the road we see Chopped providing marijuana as a “Mystery Box Ingredient” someday!

There Will Be Celebrity Judges

Vitaly Zdorovetskiy: He is a Russian-American YouTuber best known for his “Miami Zombie Attack Prank,” where he dresses up like a zombie and scares the bejesus out of those passing by!

He also does some hidden-camera pranks on his YouTube channels, VitalyzdTvSecond and VitalyzdTv, which has over 10.0 million followers collectively.

Mod Sun: This American rapper hails from Minnesota, and he’s reportedly dated Bella Thorne in the past. He is 31 years old, and his debut album Look Up was released by Rostrum Records in 2015.

He is also the author of the poetry book, My Dear Pink. His song, “Sublime,” with Machine Gun Kelly has received over 4.0 million views on YouTube.

Heather Pasternak: The actress, writer, and comedian has performed stand-up on The Late Show with Stephen Colbert and is also known for the movies, Before You and Two Sisters.

She is also a performer at the HaHa Comedy Club in the San Fernando Valley.

Chris Bryant: Yet another stand-up comedian, this Los Angeles-based laugh-maker belongs to the proud LGBTQ community. He has performed at all kinds of laughter festivals and events and is getting ready for the release of his new movie, Out on Stage, on June 24, 2018! 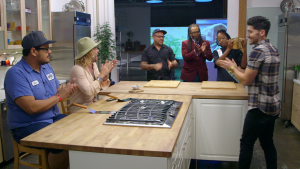 A still from the show Credits: Netflix Media

Some Mention-Worthy Chefs on the Show

Andrea Drummer: Cannabis queen and chef behind Cannabis Cuisine (the popular edibles company), began her culinary career in marijuana-based food back in 2012. She has been named number one out of the top 10 cannabis chefs in the U.S. and has been featured in prominent magazines like Marie Claire and Vogue.

Jonathan Portela: If you’re a Californian with a taste for some nutritious food, then we’re sure you have heard of Chef Portela! He has had experience in the kitchen of Scratch Bar & Kitchen, in Los Angeles, and lately, has been working on cannabis cuisine.

He is looking to create his own menu hero-ing the unique ingredient, and we’re sure Portela’s experience in some of the best kitchens in the U.S. will benefit him on the show.

Andie Leon: She’s a superfoods specialist and recipe consultant that hails from Australia. She has suffered from an eating disorder while working in the food industry, and after near-death experiences, the Latina realized her true calling.

She now runs her own website called Andie’s Kitchen, where one can learn about organic foods, superfoods, and nutritious diets, which can help in keeping fit.

Chef Nugs: This Cordon Bleu graduate has had the opportunity to work with THC (or tetrahydrocannabinol) before and is known for his cannabis-infused dishes. He is a U.S. Army veteran who moved to SoCal to pursue his culinary dreams.

He settled in Los Angeles and has learned from some of the best chefs in the city. He is the creator of Highly Seasoned, a show on BREALTV, where viewers can get easy-to-make recipes using ganja to create culinary masterpieces.