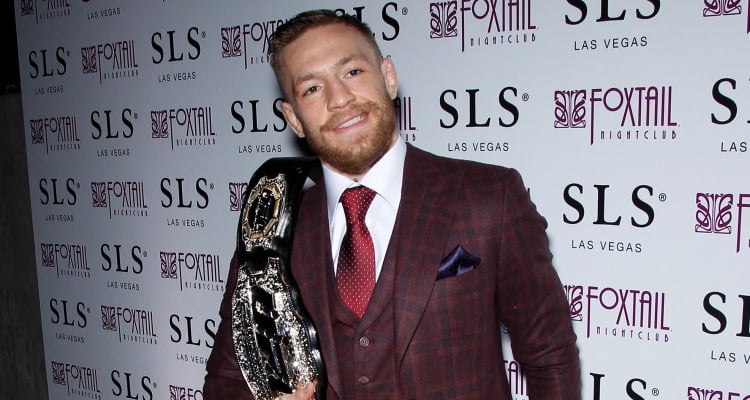 Being one of the best known fighters in the world doesn’t come easily and it doesn’t come all by itself, either. Every good fight needs a good coach; someone to train, discipline, and teach them how to win and how to learn from mistakes when/if they lose. McGregor’s success is partially credited to his coach, John Kavanagh. The two trained every day, using karate, kickboxing and other forms of mixed martial arts to help McGregor reach his goal.

McGregor is truly fearless, especially after being photographed nude on ESPN’s 2016 Body Issue. Like Dwyane Wade and Joe Bautista, McGregor posed nude in a series of photos for the sports magazine and even posted one of the shots on his Instagram account.

This past March, McGregor lost his first welterweight fight to Nate Diaz in the UFC 196 fight series. He was fighting outside his natural weight class and lost with grace and humility. He also stated that he would retire but that was short-lived as he has been training and keeping his head in the game.

Last night, McGregor won the ESPY award for Best Fighter and took to Instagram to document the moment. He is one of the few faces of MMA and the UFC organization and has made millions for the UFC franchise.

His girlfriend (also Irish) is Dee Devlin. She is a businesswoman and McGregor wastes no time saying how lucky he is to have her in his life. She supported him financially when he had nothing and was on government assistance, because he had put all his time and money into fighting. She is still his biggest fan and he has stated that he owes her all of his success.