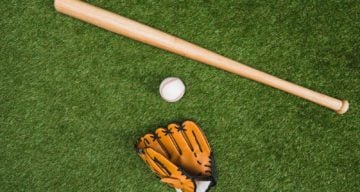 Connor Joe returned to the franchise where he began his MLB career. Since his first stint with the Pittsburgh Pirates, the first baseman/outfielder got married, overcame cancer, and became a new dad. Connor Joe’s wife, Kylie Joe, has been a constant presence throughout his pro-athletic career but is pretty low-key on social media. So Pirates fans want to know more about the WAG’s background. Read on to know who she is in this Kylie Joe wiki.

Kylie Joe (nee Ordos) was born on November 19, 1992, and is a California native who grew up in San Juan Capistrano.

he is the daughter of Kelly Ordos-Caughlin. Her sister, Brittany, is a former softball athlete.

Connor Joe’s wife played softball at Dana Hill High School. After graduating in 2010, she continued to play the sport at the University of San Diego.

In 2014, she received a BA in Psychology with a minor in communications. She later received an MA in Applied Behavior Analysis from Arizona State University in 2017.

While in college, she worked supplementary jobs and was also a research assistant at the University of San Diego.

Since 2014, Kylie Joe has been working at In STEPPS. She started at the Irvine-based organization as a behavior technician, was a case manager and supervisor, and as of 2019, she has been the company’s regional manager.

The couple met while they were student-athletes at the University of San Diego and have reportedly been together since at least 2014. They allegedly maintained a long-distance relationship while Connor’s MLB career kept him on the road, and Kylie pursued a master’s in Arizona.

In 2017, they announced their engagement. That was the same year the outfielder was traded to the Atlanta Braves and the Los Angeles Dodgers.

They married on November 3, 2018. Two years later, Connor Joe revealed he had undergone surgery for testicular cancer and has been cancer-free since July 2020.

In June 2022, Kylie and Connor Joe announced they were expecting their first child together. Their baby was due in the fall.