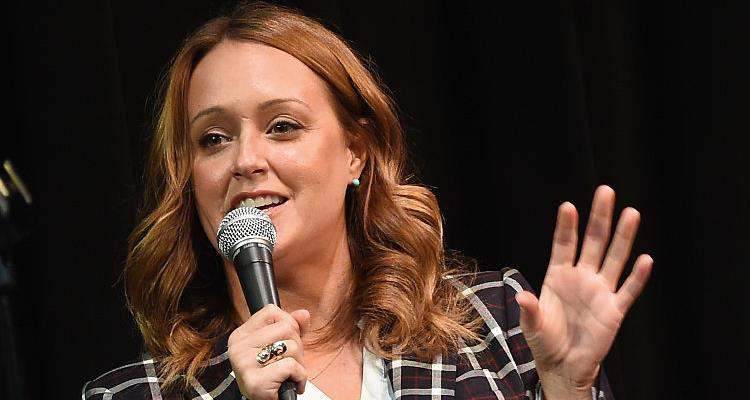 There are so many comedians out there, it’s hard to keep track of them all! That’s why we want you to get know Sarah Tiana, comedian, writer, and Aquarius. She’s an up and comer in the comedy world and one you should probably get to know better now that’s on the rise! You’ve likely seen her face on TV before, but now she seems to be coming into her own and making herself a comedian to watch out for! In order to learn more about her, here’s our Sarah Tiana wiki.

Who is Sarah Tiana?

Sarah Tiana’s age is 39 and she was born on February 17, 1978, in Hayward, California. She moved to Calhoun, Georgia with her parents when she was five years old and she is now based in Los Angeles. She’s made appearances as a comedian on Chelsea Handler’s Chelsea Lately, Reno 911, Brad Paisley’s Comedy Rodeo, and @Midnight.

Georgia‘s Effect on Her Comedy

In a radio interview with Wabe, the Georgia native— who has done 12 tours of comedy for troops in places like Iraq and Afghanistan—talked about her upbringing and it’s impact on her comedy.

“I mean, I think just growing up in a small town is enlightening and we actually moved to Georgia when I was five—from Northern California,” she said. “So my parents were always—we were always kind of outsiders. And I think that really informs your comedy, because you become an observer, if that makes any sense.”

She added, “I feel like as a comedian, you’re always a bit of an outsider, just because, you know, we are different people. It’s like, I have a lot of social anxiety. Just talking to people is different and that’s why I think comedy is so fun, because nobody talks back.”

She Wants People to Question

Whether it’s for a good time or something more, every comedian wants their audience to walk away with something after their show. For Sarah Tiana, she wants her audience to leave asking questions.

“What I want people to do when they leave my show is to be questioning certain ideas that they have,” she said to Wabe. “I’m not trying to change your mind but I am trying to ask you to question the way you might feel about things.”

Aside from searching her name, the best way to see Sarah Tiana’s pics is to visit her Instagram account! She posts everything and anything and it’s a great way to gain some real insight to the woman she is, aside from her comedic ventures. She’s got a ton of photos of the ins and outs of her life, including her many trips, comedy work, family, and anything else that interests her. Her followers often engage her and post supportive messages, often simply telling her how funny they think she really is.

Ten bucks says at least 18 comments on this day “that’s not cold!” @drafthousedc

According to her website, Sarah Tiana’s too old for the term “single” and prefers the term “sexually active” instead! But as it turns out, she’s no longer single and is dating a man named Brock! He has his own Instagram (brockshady) and is featured in several of her photos on Instagram.

On July 23, 2017, the comedian captioned a post saying, “Happy birthday to a man that taught me to love again. A man who keeps his eye on the prize. A man who is my partner in fun. A man who would do anything for me…and ice cream. ”

According to the Aspen Times, the Wheeler Opera House has added Sarah Tiana to their list of comics at the Aspen Laugh Festival!

“Adding in a space where up-and-coming comics can come be a part of the Aspen Laugh Festival was key to me as we curated this year’s lineup,” Wheeler executive director, Gena Buhler said in the announcement on Thursday.