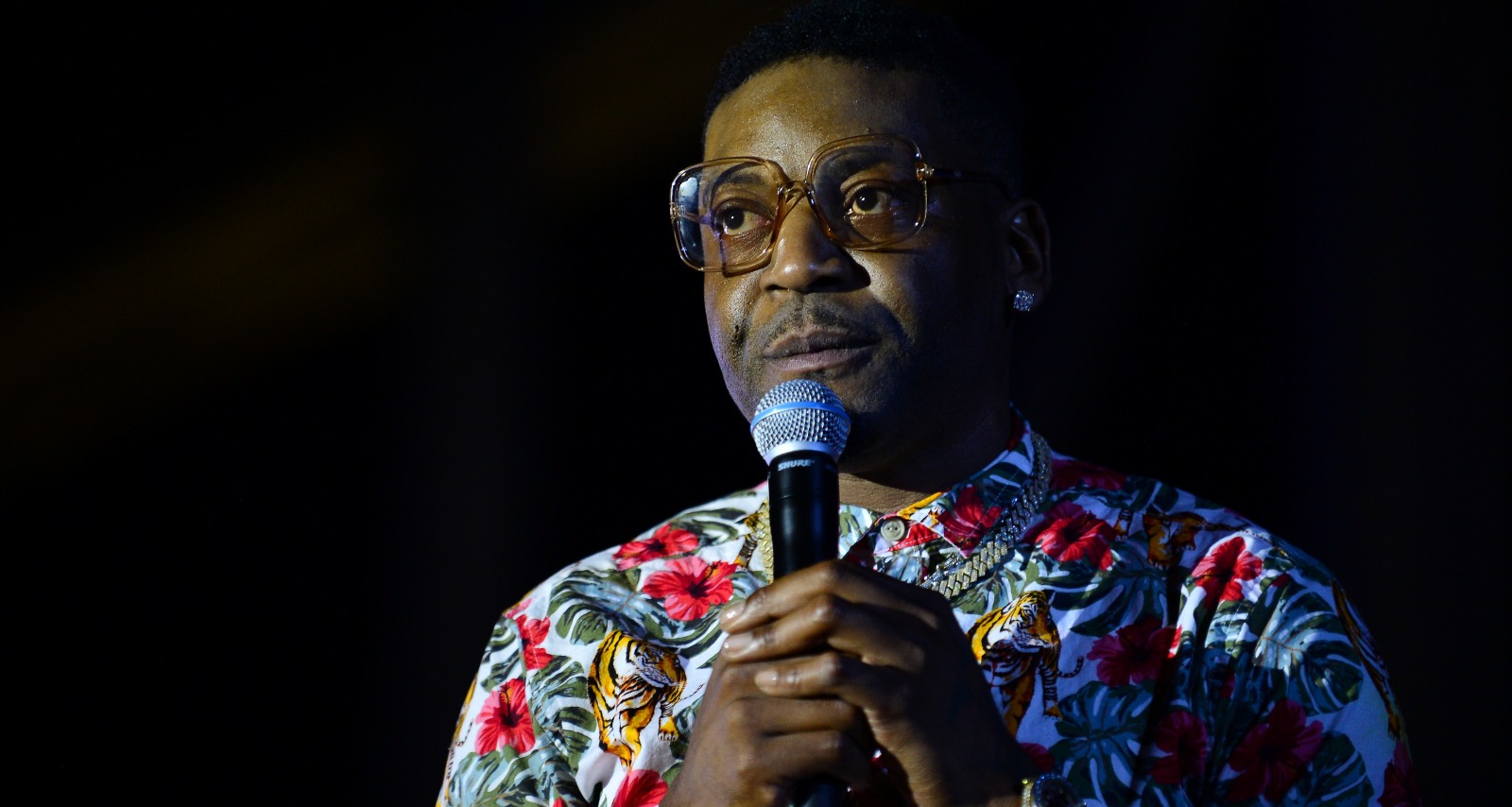 Comedian Majah Hype performs on stage at a live socially distanced stand up comedy show during a "Comedy in the Garden with Majah Hype" at Miramar Regional Park Amphitheater on November 21, 2020 in Miramar, Florida. (Photo by Johnny Louis/Getty Images)

Majah Hype has had a streak of eventful few weeks. And not in a good way. The Caribbean-born comedian’s girlfriend revealed he was allegedly abusive towards her. Majah had been hospitalized last month for a mild heart attack. He attributed the reason to some unspecified stress, which many now believe had to do with his girlfriend, Latisha. It comes after Majah went on a rant about private relationship issues he was going through last year. What did Majah Hype’s girlfriend say? Here’s what you need to know.

Majah Hype was born Collin Nigel McPherson and raised in East Kingston, Jamaica. A natural comic, he first earned social media fame before performing in comedy shows around the world.

In late November 2020, Majah Hype was hospitalized in Atlanta. He had performed at a show in Florida only a few days before.

While many suspected he had contracted COVID-19, McPherson revealed he had suffered a mild heart attack due to stress. He didn’t specify what had him so stressed.

A video posted online by the comedian’s girlfriend unraveled their alleged relationship issues and what many believe has McPherson stressed. His girlfriend is identified as a woman named Latisha who resides in Brooklyn.

In her video, Latisha alleges that McPherson was abusive to her during the course of their relationship. She apologizes to her friends and family in the video for isolating herself in order to cover up bruises and signs of the alleged abuse.

A post shared by Im So Majah Da King! (@majahhype)

“I wanna apologize to my mother, my son, my sister, to my niece, to my friends. I detached myself from the people that loved me the most for a long time. I owe you guys the biggest apology. What I’ve been going through, the average person doesn’t go through that in a whole lifetime. I’ve been keeping it a secret for a long time. Hiding abuse is a full-time job. You have to detach yourself from your loved ones, so they don’t know. I did that for a long time.”

She went on to say that she had protected Majah Hype by hiding the abuse. “But tonight is about my healing, me taking my power back,” Latisha said.

The exact status of their past relationship is unclear, though Latisha said she ended it with him. Some reports claim she is his fiancée or wife. There is no evidence suggesting Majah Hype is married, however. Her video also indicates there is a child involved.

Latisha had an emotional response to all the accusations she has faced from Majah’s fans. Many accused her of being with him for the fame and money.

Majah had previously ranted about his girlfriend a year ago. Most recently, he accused another artist of having an affair with an ex of his.

But Latisha refuted claims that she had cheated on him or that she had ulterior motives in dating him or accusing him of abuse. Her video was met with an outpouring of support online.