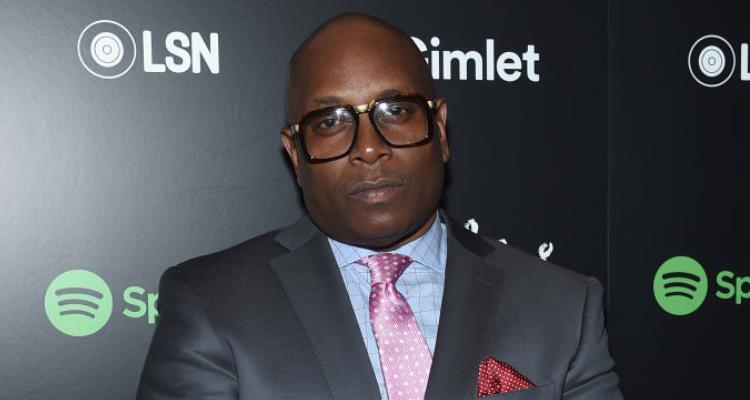 What happened to Combat Jack? The hip-hop industry is in mourning after the news of Combat Jack’s death was announced on Wednesday. If you want to learn more about Combat Jack’s cancer and more, then have a look at our Combat Jack wiki.

Who was Combat Jack?

Reggie Osse, also known as Combat Jack, was an attorney, hip-hop podcaster, and marketing executive. He was born on July 8, 1969, in Brooklyn, New York City and was a well-known figure in the music industry. Combat Jack’s podcast, The Combat Jack Show, premiered in 2011 and before that, he practiced law in the ’90s, going on to defend stars such as Jay-Z , Damon Dash, Capone-n-Noreaga, and Roc-A-Fella records.

After a battle with colon cancer, the late hip-hop podcaster died at age 48. He announced his diagnosis on his show back in October saying, “Internets, what’s up? It’s your man Combat Jack. In seven years of podcasting, I’ve never missed an episode. I got hit with some real life sh–t. I was recently diagnosed with Colon Cancer.”

“I was rushed to the hospital, had some pretty severe surgery. I’m on the mend right now, he continued. “I’m about to jump on this journey to health with chemo and alternative medicine. Take care of your health. Your boy ain’t going nowhere though. We’re gonna keep doing this. Keep ricking with us. #RaiseTheBar #CombatCancer Let’s Go! [sic]”

He is survived by his wife, Akim Van Osse and their three children.

With a legacy like Combat jack’s, it’s no surprise that the hip-hop community and fans reached out via social media to send their condolences.

Peter Rosenberg tweeted, “Hip Hop has lost one of its most important historians and voices… we had serious ups and downs but I was so happy we had made things good… Rest In Peace to my friend Combat Jack….”

Otto Von Biz Markie tweeted, “RIP Combat Jack. No words suffice to capture the multitudes he possessed. A rap encyclopedia who could spin stories about both Bronx block parties & the Paradise Garage. A brilliant interviewer & attorney. A kind gentle soul who understood & cared about the culture like no other.”

One comment read, “Can’t believe it. RIP combat. My condolences to your family especially with this during the holidays. I’m gonna miss hearing “internets!![sic]”

Another user wrote, “After listening to the show for years I really felt like I knew you. May you be at peace as you meet our dear ancestors.”

There are no funeral details at the moment but our thoughts are with his friends and family during this difficult period. He was a legend in the hip-hop community and will continue to remain in the hearts of fans everywhere. We have no doubt his work will continue to inspire hip-hop musicians for decades to come.

So many words can describe the life of Ed Woods. Personally he taught me so much about life, winning, happiness and in the end, being a man. One of my greatest adventures was the run of the Ossé & Woods, Law Offices. So much history. I love you Ed. Thank you for everything!!! #RIPEdWoods