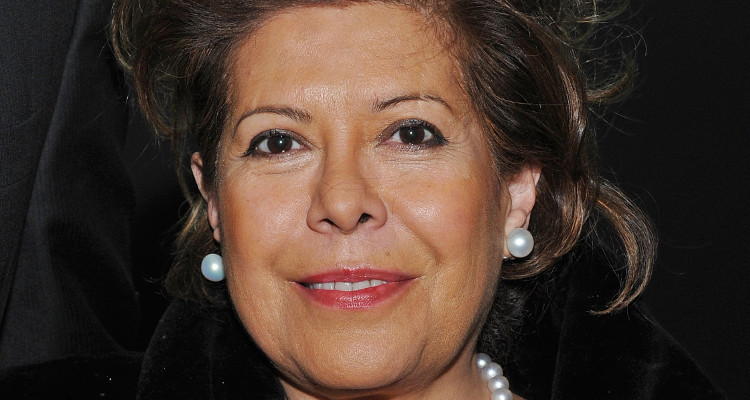 Jeb Bush Jr. is in the limelight again, as he was reportedly approached by Florida Republicans to run for retiring representative Ileana Ros-Lehtinen’s seat. We know a great deal about his father, former Governor Jeb Bush, but how much do we know about his mother, Columba Bush? Here is everything you need to know about Jeb Bush’s wife.

Columba Garnica Gallo was born on August 17, 1953 in León, Guanajuato, Mexico. Her mother, Josefina Gallo Esquivel, raised her as Columba’s parents divorced when she was 10, resulting in a complicated relationship with her father. At Columba Bush’s age of 63, she still has a strained relationship with her father. She stayed in León with her mother and went to a private Catholic school called the Instituto Antonia Mayllen. Columba has an older sister, Lucila del Carmen Schmitz, who was born in 1951. She also has an older brother, Francisco Jose Garnica, born in 1949.

Columba Bush and Jeb Bush met as teenagers. Columba was 16 years old when she met Jeb, who was 17 at the time, in León. Jeb helped build a school in the village of Ibarrilla as part of a course he took. When asked about his wife, Jeb said, “My life can be defined in one real, powerful way, which is B.C. and A.C.: Before Columba and After Columba.” He further added, “I fell madly in love with her — literally love at first sight. Whatever I was doing beforehand, I vaguely remember. But my life got really organized after that.”

After dating for a while, Jeb and Columba walked down the aisle on February 23, 1974 in Austin, Texas. When they got married, Columba could not speak English, so a part of the ceremony was spoken in Spanish. In 1979, Columba became a U.S. citizen.

Enjoying time with family and reflecting on all the blessings God has given us. From mine to yours, Merry Christmas!

Columba and Jeb have three children: Noelle Bush, George P. Bush, and John Ellis “Jeb” Bush Jr. George P. Bush was born on April 24, 1976 in Texas. He followed in his father’s footsteps and is currently serving as the Commissioner of the Texas General Land Office. Their daughter, Noelle, was born on July 26, 1977 in Texas and works for a software firm in Orlando, Florida. John Ellis “Jeb” Bush Jr. was born on December 13, 1983, in Miami and works for a Miami Commercial real estate firm.

Wishing the happiest birthday to my amazing husband!

Both Noelle and Jeb Jr. have had run-ins with the law. In 2002, Noelle was arrested on charges of fraudulently purchasing prescription drugs. Additionally, she was sentenced to 10 days in prison after being caught hiding cocaine while at a court-ordered rehabilitation center. In 2005, Jeb Jr. was arrested for public intoxication, as well as resisting arrest.

Spent today with some truly incredible supporters in Hialeah!

When Columba became Florida’s First Lady, she wanted to stay out of the limelight. However, she soon used her position to bring attention to organizations, including the Coalition Against Domestic Violence, Center on Addiction and Substance Abuse, and Arts for Life.

Back in 2015, Columba Bush wrote an op-ed for the Des Moines Register, asking the Iowa Coalition to support the movement against domestic violence. The President and CEO of the Florida Coalition Against Domestic Violence, Tiffany Carr said about her meeting with Columba, “I figured this would just be one of those obligatory first lady things that lasted about 15 minutes, but we took her to a couple of shelters and she had this immediate connection with people.”

Coconut water and my @jebbush mason jar. Keep an eye out for new store items soon.

News
Who Is Max Linn? The Independent Senate Candidate from Maine
Advertisement