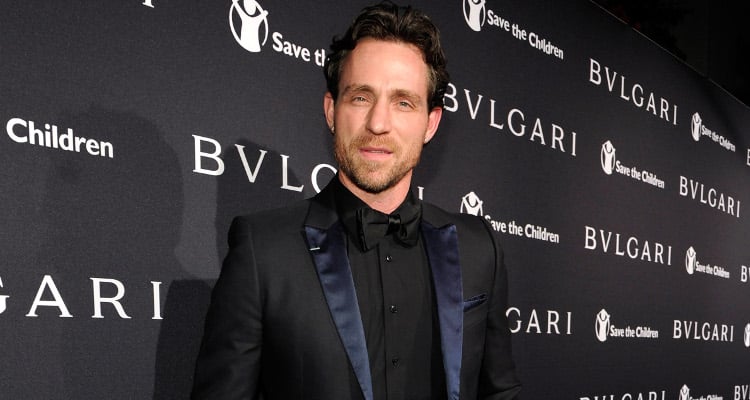 Recently, Colton Haynes took to Twitter to speak out against the way LGBTQ actors are treated in Hollywood. Haynes has been engaged to Jeff Leatham for almost six months now. If you want to know more about Colton Haynes’ partner, take a look at our Jeff Leatham wiki!

Actor and model Colton Haynes is known for playing Jackson Whittemore on MTV’s Teen Wolf, as well as Roy Harper/Arsenal in Arrow. But in June 2017, it was announced that Haynes joined the cast of American Horror Story!

Now, he’s in the news for more serious reasons. On Tuesday, the 29-year-old actor slammed Hollywood on Twitter. In a series of tweets, he claimed that filmmakers do not cast actors based on their acting skills. “Hollywood is so f****d up. So much of the focus is on your personal life & has nothing to do with the talent you have to bring to the table.” Haynes followed it up with another tweet saying, “Thank god for Ryan Murphy, Greg Berlanti, & Jeff Davis. They believe gay actors are more than just their personal lives.” He then added, “So disappointed in how Hollywood can’t understand that playing a character has nothing to do with how u live your personal life [sic]. ” Haynes has been more outspoken about LGBTQ rights since he came out of the closet last year. In March, he announced that he was engaged to florist, Jeff Leatham. Keep reading to know more about Colton Haynes’ partner.

Colton Haynes’ husband-to-be was born on September 7, 1971, which makes Jeff Leatham’s age 45. He was born in Ogden, Utah, to Janet and Larry Leatham, and has a sister named Jennifer Roush.

Leatham and Haynes got engaged on March 11, 2017. Haynes announced his engagement on Instagram writing, “I said Yes.” According to reports, the couple was seen passionately kissing while fireworks went off in the background! Leatham got down on one knee at the Las Ventanas al Paraiso in Los Cabos, Mexico to ask Haynes to be his forever.

Jeff Leatham is a Florist

Happy Happy Day of your Birth @coltonlhaynes – ❤️❤️❤️- #HappyBirthday Baby – I thank god everyday that you were born ??- You have changed my life in ways you will never know – I am so Blessed to have you by my side in life, to have you soon as a husband and watch you be amazing Dad !! Your gift to all of us is your contagious Spirt of life, the love you give and your huge loving heart ❤️❤️??????- Today is your day baby let's celebrate amazing YOU Boo Bah !!! ?????????I LOVE YOU

Leatham’s website lists him as the Artistic Director of the Four Seasons Hotel George V in Paris, where he specializes in floral designs and installations. Additionally, he wrote the books Flowers and Flowers by Design and was in the docu-series, Flowers Uncut.

In 2014, Leatham was awarded the Chevalier de L’Order des Arts et Letters, which is the most prestigious honor given to someone who contributed to French culture. He worked with several A-list celebrities like Madonna, the Kardashians, Celine Dion, Oprah Winfrey, and many more.