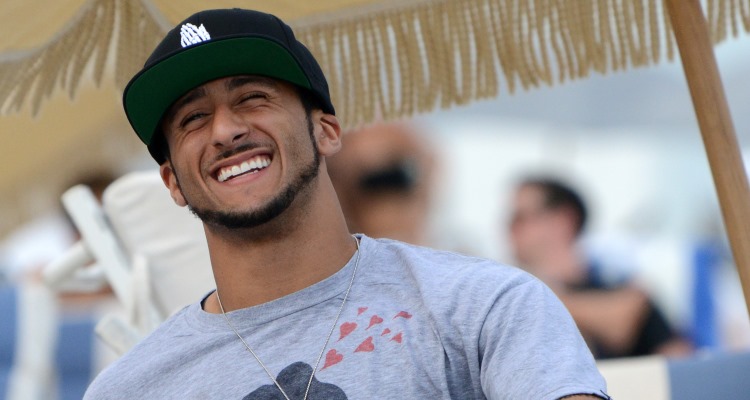 When Colin Kaepernick’s mother (biological) was only 19, she discovered she was pregnant. Heidi Russo faced the possibility of raising her child on her own, after the father abandoned her. Russo met the Kaepernicks, Rick and Teresa, through a mutual friend, and decided to let them adopt her son. The Kaepernicks have two children, but lost two other babies shortly after their births. Colin Kaepernick’s parents (adopted) raised him as their own, but as Caucasian parents of a bi-racial child, they faced many uncomfortable stares, curious comments and criticism, especially while he was young. The family has always been open about the adoption and Colin Kaepernick’s nationality.

He’s has a Methodist-Lutheran Religious Background

Many people have been asking about Kaepernick’s religious beliefs, possibly associating it with Colin Kaepernick’s protest during USA’s national anthem. Kaepernick’s religious background includes Methodist, Lutheran and Baptist, and his faith is something he carries with him to every game. He has several tattoos, most which are representative of his faith. “To God the Glory,” “GOD WILL GUIDE ME,” and “Faith” are just a few of his many tattoos. He is known for kissing the tattoos on his bicep after touchdowns. During the 2002 NFL season, the gesture was dubbed “Kaepernicking.”

He has a Muslim Girlfriend

Some reports have suggested Colin Kaepernick is converting to Islam because of his girlfriend, Nessa Diab, star of MTV’s Girl Code, who is Muslim, and perhaps that is the real reason behind his protest. Kaepernick denied those reports when he spoke to World Religion News, saying he has a “great love” for the religion and believes the accusations come from a “deep hatred and fear of Islam.”

To see the Colin Kaepernick South Park trailer, check it out here!