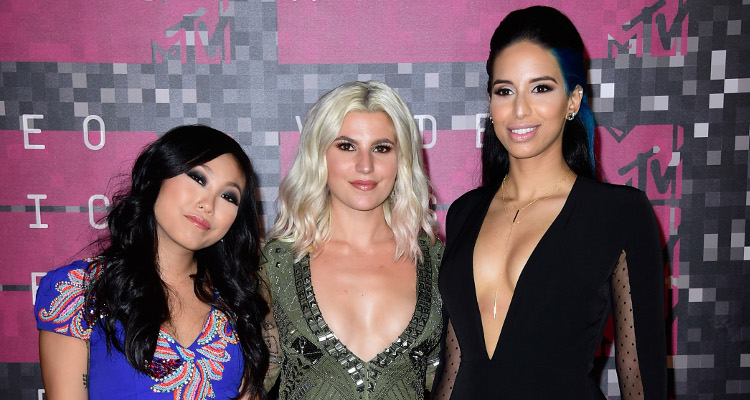 It goes without saying that Nessa Diab’s wiki must be filled with her boyfriend, Colin Kaepernick’s flourishing career. Being a girlfriend of one of the most successful football quarterbacks could be the only thing highlighted in her bio. However, that does not tell you everything about what kind of woman Nessa is, and how accomplished she has become. She may always be famous for being Colin’s new flame, but she is also known as a cool new celebrity girlfriend. So, you need to check out these interesting facts about Nessa Diab to see what a great woman Colin Kaepernick is dating.

#NEWYORK ‼️ @daveeast on the show talking about advice from Nas, daddy duties and a dope surprise for him from some friends…@djcamilo came through to rep for #Queens of course ?? check it out @HOT97 .com @Nessaonair .com #nessaonair .com #nessa3to7 ?: @karlfergusonjr

Nessa Diab was born on May 6, 1981 and she is known as simply “Nessa” in the world of radio. Nessa, who is Muslim, has two brothers, the three of whom witnessed the tragedies of the Gulf War in the Middle East. Their father is Egyptian and their mother is from the Middle East.

Nessa is originally from Southern California. During her childhood, she traveled a lot from California to the Middle East due of her father’s job. It was during this time that Nessa first started writing songs. “Here is the thing, I was a young girl fearing for my life-I wore gas masks to school,” Nessa said of being present during the Gulf War. “I heard war sirens constantly and I knew at this point I had to break out of this lifestyle.”

Nessa studied hard and it paid off. Her alma mater was the University of California Berkeley, where she earned a Bachelors Degree in Mass Communication.

Besides writing songs, Nessa was also into remixing and it was one of these remixes that got her recognition. “I used to remix songs and even had one of my remixes played on air BEFORE I was officially in radio,” Nessa wrote in one of her online biographies. “It was a remix called ‘Rydaz’ of the Destiny Child song ‘Soldier.’”

Nessa is quite talented; she is an American radio and television personality and also a television host. She is famous for her celebrity and artist interviews on KYLD and YouTube. Because of her impressive hosting skills, MTV chose her be on Girl Code. Additionally, she has hosted a couple of MTV and MTV2 shows.

Nessa is also the host of The Nessa Show on Host 97, which airs on the radio station WQHT KMVQ from 3:00 p.m. to 7:00 p.m. and 10:00 p.m. to 2:00 a.m. Upon asking about her career choices, Nessa said, “Hot 97 has the best energy and continues to preserve the culture, which was something that I always wanted [in the West Coast] but didn’t have,” she continued, “For me to be part of their legacy is incredible.”

She has Hosted Several Shows

Besides her successful radio career, Nessa has also hosted the television shows Girl Code, Ain’t That America, iHeartRadio Music Festival, VH1 Big Morning Buzz, Teen Mom Aftershow, and Real Talk. In 2015, the 35-year-old had a discussion with the United Nations about women in media for Women’s History Month.

In July 2015, Nessa started dating football quarterback, Colin Kaepernick. After dating for almost one year, the couple decided to go public about their love and announced their relationship to the media in February 2016.