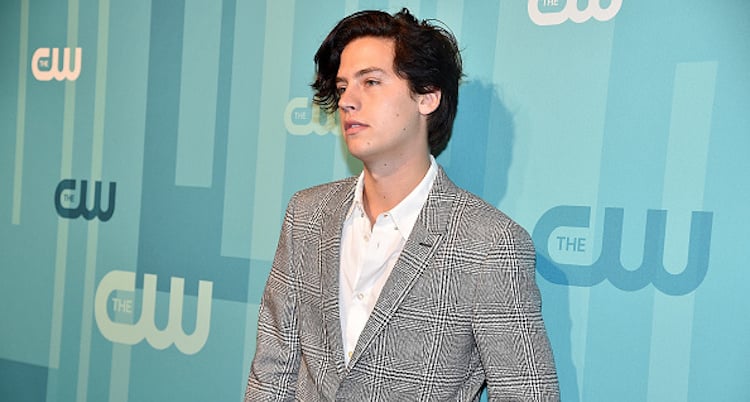 Who is Cole Sprouse dating? Fans of The Suite Life of Zack and Cody alum are anxious to find out, especially since he’s made his career comeback on the CW’s Riverdale. With Cole Sprouse’s ex-girlfriend out of the way, fans of the 24-year-old are wondering if they still have a shot. So, if you’re looking for more details on Cole Sprouse’s girlfriend for 2017, then we have just what you need!

Who is Cole Sprouse’s girlfriend? We’ve done some digging into Cole Sprouse’s dating timeline and we found some interesting posts online. Nothing is safe once it’s on the Internet and now that Sprouse is back in the limelight, screaming fans are dying to know who he’s with these days! We’ve got the scoop right here.

According to Teen.com, Sprouse has been single since June 2015. That’s when the Bree Morgan and Cole Sprouse love story ended, after the two met as students at New York University. Morgan met Sprouse in 2013 when he was on a break from acting with his brother, who also graduated from NYU, with honors. Unfortunately for Morgan and Sprouse, the pair didn’t last and broke up sometime shortly after graduating. Do you think she watches Riverdale, too?

Calling all Betty and Jughead (aka “Bughead”) shippers, we may have a match! Fans are watching these two Riverdale stars very closely —especially since they have been taking some very comfortable pictures together on Instagram. Are they just friends or is there something more to the story? Fans want to know more and there have been some who want them together, while there are others that want Sprouse to themselves. The guy just can’t catch a break! There’s no denying that Jughead and Betty have good chemistry on the show, and that’s all because of Sprouse and Reinhart. If there is something more going on, their secret won’t last forever. Millennial fans are great at finding dirt and whether these two are social media official or not, their fans will find something. Sprouse always had a loyal following, ever since his Suite Life of Zack and Cody days —even Reinhart was a fan of the hit Disney show!

“I didn’t have a crush on them, but I mean, I would go home from school, drop the backpack off and watch Suite Life,” Reinhart told E! News in an interview.

They may not be dating but if they were, she would definitely be living a dream come true!

Riverdale‘s Josie (of Josie and the Pussycats) has also been rumored to be linked to Sprouse. He’s come quite a long way from being the dateless smart guy on Suite Life, and is now a young heart throb.

“I fell in love with Cole and Dylan from Big Daddy,” she told E! News. “That’s the Cole and Dylan that I knew and loved and watched, and you know, I saw them in Friends, and that’s who I referenced. Then when I saw him sitting on the couch at the Sutton [Hotel], I was like, oh hello.”

But again, there’s nothing reported to be there officially, and for now, fans will have to accept that Cole Sprouse is single. But wouldn’t it be cool if everyone on Riverdale started dating?