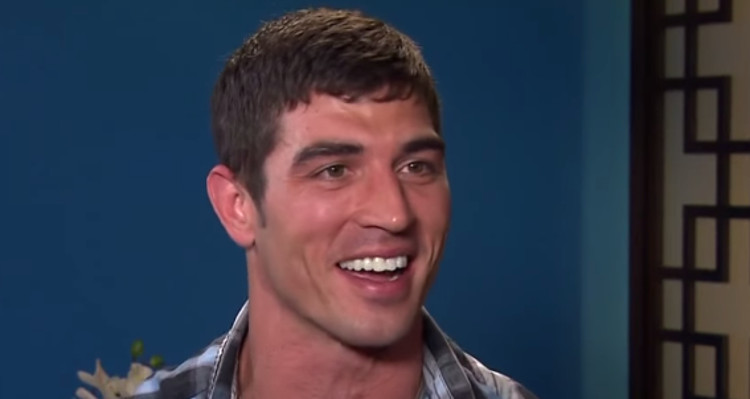 Cody Nickson likes to win, and he is making big moves to do just that in Big Brother season 19, while taking some time out for a showmance with fellow contestant Jessica Graf. Nickson is an ex-Marine and brought all of his determination and discipline with him to the Big Brother house.

Big Brother is the show to watch if you want to check out beautiful ladies and handsome hunks. Big Brother season 19 is no different. Cody Nickson from Big Brother 19 is one of the best looking guys this season. He currently works as a construction sales representative in Plano, Texas, though he is originally from Lake Mills, Iowa. Cody from Big Brother 19’s age is 32, and he is currently single. However, he is a father already to a five-year-old girl whom he co-parents along with her mother. Nickson seems to be getting along very well with fellow houseguest Jessica Graf. Learning last week that Cody, her Big Brother showmance, has a daughter, Graf was initially shocked but seems to be getting over it.

Tough Guy with A Soft Heart

When asked to describe himself, Nickson replied that he is confident, charming, and sweet. He was in the U.S. Marines and was stationed in North Carolina for a while. Nickson’s facial expressions (or lack thereof) have allowed his fellow houseguests to see his tough outer appearance, but he is a compassionate guy who loves surfing and riding his motorcycle at every opportunity. He says that surfing is his favorite activity and he takes off to California or North Carolina whenever he gets the chance.

Man with A Plan

Nickson loves his sleep and says that one of things he worried about before heading into the Big Brother  house is getting eight hours of sleep. However, he is willing to change his schedule if staying up with the other houseguests will better his gameplay. Make no mistake! Nickson is here to win, and he is determined about it. He already worked out a strategy to win the show. He expected overbearing houseguests to expose themselves first, creating a nice divide. Nickson planned to eliminate the loud mouths first and target the floaters, so he could be left with the other ambitious contestants who are in it to win it. After nominating one third of the house during his reign as the first Head of Household, and making enemies once he split up his alliance by putting Christmas up on the block, the chances of him staying in the house are not looking good.

Winner Will Take It All

Nickson is not about all work and no play. There are some fun facts about him that people should know. He can solve a Rubik’s cube in under a minute; he has never worn a suit or cologne; and he has never taken a selfie. His motto in life is “Semper Fidelis” (the motto of the U.S. Marine Corps) which means “always faithful.” Cody Nickson’s Twitter account shows how popular he has become with many fans tweeting that he is their favorite contestant, and that they hope he is not evicted this week. With him on the block as the intended target, he will need to pull a rabbit out of his hat if he wants to stay in the game. Whether or not he is able to convince the rest of the houseguests to keep him in the game will be made clear during the live eviction July 13, 2017 at 9:00 p.m. EST on CBS.