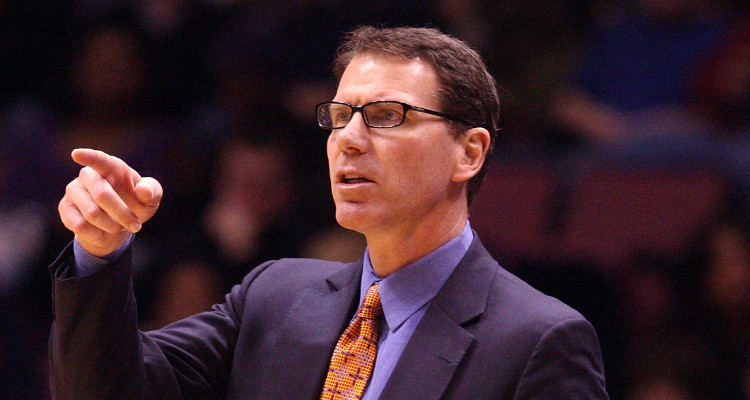 People are surprised to learn that Coco Vandeweghe is the niece of former NBA star Kiki Vandeweghe. He watched Coco play at the U.S. Open Championship 2017 and is rooting for her to take the trophy home. Kiki comes from a family of athletes and is very proud of his lineage.

Who Is Kiki Vandeweghe?

Born on August 1, 1958, in Wiesbaden, West Germany, to Colleen Ray Hutchins and Ernie Vandeweghe, Kiki Vandeweghe’s age is 59. He is a basketball executive and the current Executive Vice President, Basketball Operations of the NBA. The retired professional basketball player was the general manager of the Denver Nuggets and the New Jersey Nets. After graduating from Palisades Charter High School, Vandeweghe enrolled at UCLA where he played four seasons for the Bruins. After a fantastic performance, the team was nicknamed “Kiki and the Kids” and his strong performance saw Vandeweghe being drafted 11th overall by the Dallas Mavericks in 1980.

Vandeweghe had a very successful NBA career. He refused to play for the Mavericks, and was traded to the Denver Nuggets where he was selected for the NBA Western Conference All-Star team in 1983 and 1984. He later played for the Portland Trail Blazers and New York Knicks. After playing half a season for the Los Angeles Clippers, Vandeweghe retired from the league in 1993. He had such a strong passion for basketball that he couldn’t stay away from the sport even after his retirement. Vandeweghe immediately delved into his NBA front office management career and continued to contribute towards the betterment and growth of the sport. Kiki Vandeweghe’s stats read 19.7 points, 3.4 rebounds, and 2.1 assists per game.

Running in the Family

Happy birthday #15 Reece! We love you! So proud of all your accomplishments. #tgif #familytime #westcoastisthebestcoast? #lovemyboy

There is no information about Kiki Vandeweghe’s net worth, but considering his long and successful career as both a player and administrator, it must be substantial. With his wife Peggy, the couple has one child. Kiki Vandeweghe’s son is named Ernest Maurice VanDeWeghe IV, and he was born in 2002. Vandeweghe is currently supporting his niece, Coco, and loves seeing her do well in her career, “I couldn’t be more proud or excited for her. She’s playing great tennis and showing a lot of her natural ability. She has great athletic ability. Obviously, it came from her two parents.” With her entire family rooting for her, Coco will definitley make her mark in women’s tennis, with plenty of title wins to call her own. After all, sports run in the family.