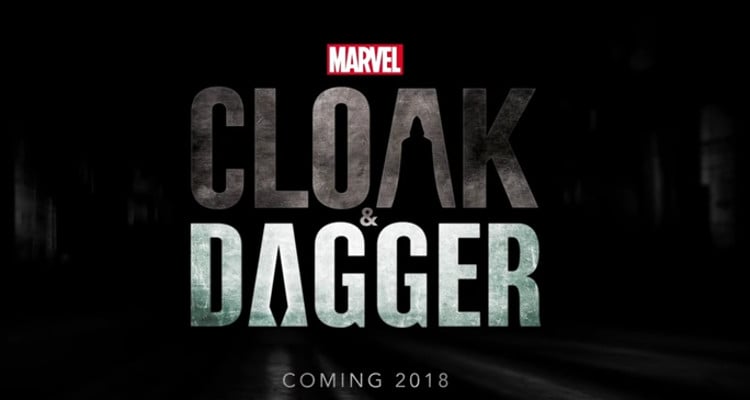 If you’re wondering what Cloak and Dagger is, you should know it’s no longer just a fancy way of saying “mystery and intrigue.” Freeform’s upcoming TV series, Cloak and Dagger will bring heroics and drama to our TV screens next year.

Freeform gave us the first look at its upcoming series, Cloak and Dagger with its first trailer, and it’s promising intense teen drama that we can’t wait to watch! At first glance, you wouldn’t be able to tell there’s a superhuman element to the series. In fact, the trailer evokes The OC and 90210 with a glimpse of its cast. Who are Cloak and Dagger? What are Cloak and Dagger’s powers? We’re going to answer that in our Cloak and Dagger wiki along with some more important tidbits about the highly anticipated show.

The Origins of Cloak and Dagger

The trailer for the Freeform series gives a pretty good idea about the people who moonlight as Cloak and Dagger. Cloak is a young boy named Tyrone Jackson, while Dagger is a teen named Tandy Bowen. In the live action series, Aubrey Joseph and Olivia Holt will portray Jackson and Bowen respectively. Holt comes from Disney fame and is also a singer, while this is Josephs’ first major role.

The story follows Tyrone Jackson, a 17-year-old boy from Boston who suffers from a stutter and Bowen, a 16-year-old girl with a privileged upbringing, who is neglected by her mother. Certain events lead the two to run away to New York. Their first meeting is when Jackson tries to steal Bowen’s purse, but instead, someone else steals it and he ends up retrieving it for her. In the course of events, the two wind up as test subjects of a criminal chemist developing a synthetic heroin. The two survive the tests and somehow escape his clutches.

The drug has some unusual side effects on Jackson and Bowen. He is engulfed in darkness and seized by a strange hunger, while Bowen glows with a brilliant light. Jackson hides his new shadowy appearance in a cloak and Bowen shoots daggers of light. The duo then, under the names Cloak and Dagger, take on drug dealers and help runaway children.

Dagger’s powers include creating psionic light daggers that travel wherever she wills them to, and can drain living beings of vitality when struck. Her daggers can also purge certain people of drug addictions.

The trailer for the TV series seemingly paints a different story of the original Cloak and Dagger. Their troubled home life is evident, but their first meeting and how they got their powers appear to be different from the comic book.

Are Cloak and Dagger Part of the MCU?

You’re probably wondering about Cloak and Dagger’s connection to the Marvel Cinematic Universe. The original Marvel comic series is written by Bill Mantlo and illustrated by Ed Hannigan. Cloak and Dagger made their first appearance in Peter Parker, the Spectacular Spider-Man #64 (March 1982). Its success prompted Marvel to launch a bi-monthly Cloak and Dagger series in 1985.

If you saw the trailer for Cloak and Dagger, you’d find it to be different from what we’ve come to expect from primetime Marvel shows like Agents of SHIELD or Agent Carter. It appears to be light on the heroics and packed with teen angst. In fact, the live-action Cloak and Dagger is more of a coming-of-age drama, who’s main cast happen to have superpowers. The show will explore the romantic relationship between Jackson and Bowen, which gets complicated thanks to their vigilante work.

So, is there a connection between this series and the MCU? You can say so. However, only sharp-eyed Marvel fans have been able to pick up on the similarities, and the differences. The trailer shows Tyrone Jackson in his dark cloak waking up on the roof of a building, seemingly after teleporting there. The rooftop has a sign that says Roxxon Corp. Ring a bell? Roxxon Corp is the same oil corporation that has been mentioned several times in Agents of SHIELD, Agent Carter, and Daredevil, as well as films like Marvel One-Shot’s, A Funny Thing Happened on the Way to Thor’s Hammer and all three Iron Man movies.

So, there’s your connection! Okay, so maybe we won’t have the good fortune of seeing this show intersects with the other MCU shows (or maybe we will, who knows?). But at least this drama intersects with the MCU that we all know and love. And even if we don’t see them fight Spiderman and Doctor Strange like they did in the comic books, Cloak and Dagger are still amazing and this show will be worth checking out! There’s a long time until the 2018 premiere, but we’re already getting the popcorn ready! Check out the preview below!