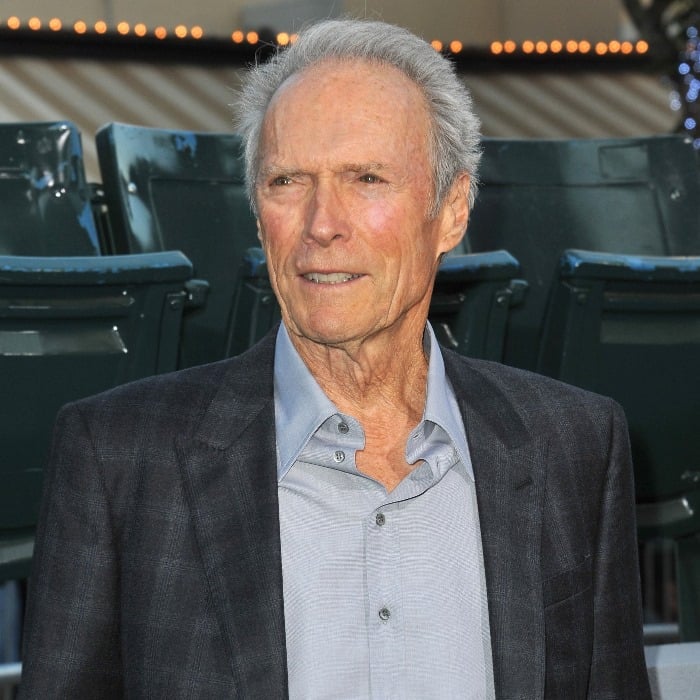 He may be 84 years old, but Clint Eastwood still obviously has a way with the ladies, especially the younger ones. The actor has reportedly been dating Christina Sandera, who works as a hostess at his ranch hotel in California. The couple was recently photographed leaving a grocery store together and although Sandera’s age isn’t known, it’s clear in the pictures that she’s much, much younger than him.

According to insiders, the celebrity May-December relationship is getting serious—she’s already moved into the home he once shared with his young ex-wife, Dina Ruiz. “She moved in months ago,” a source told Us Weekly, adding that Eastwood’s kids have already met his new younger woman and they love the fact that she’s “normal.”

This is actually Clint Eastwood’s second celebrity May-December relationship since splitting from Dina Ruiz in September 2013. Shortly after ending their 17-year marriage, Eastwood started dating Erica Tomlinson-Fisher, who was actually the ex-wife of the man Ruiz started dating.

Eastwood’s celebrity May-December relationship with Tomlinson-Fisher clearly didn’t last, as the insider revealed that she hasn’t been around for quite some time now. “He is with Christina and happy.”