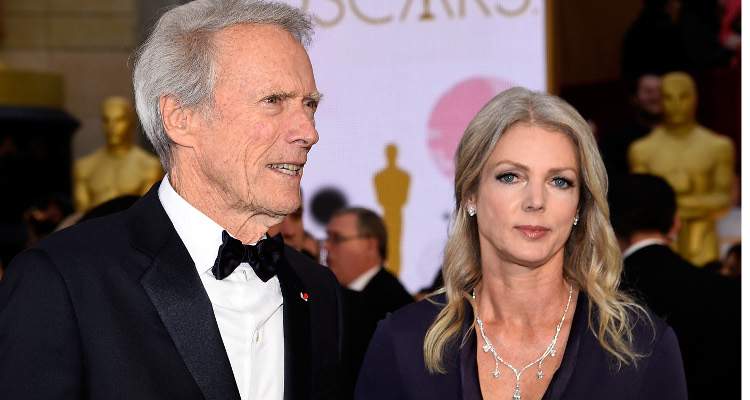 Christina Sandera has been Clint Eastwood’s girlfriend since 2014. Although she’s had a pretty rough past, it looks like the 87-year-old actor has finally found his match!

Get the scoop on the restaurant hostess who won Eastwood’s heart!

Christina Sandera, age 54, was previously married to Paul Wainscoat, a bakery owner. However, they were married for just 11 months and reportedly separated due to domestic violence.

“It was hell,” Wainscoat said in an interview back in 2015. “I wish Clint all the luck in the world with that woman.”

Paul Wainscoat claimed that his wife’s erratic behavior was evident while they dated. When he refused her offer to move in with her, Sandera allegedly became enraged, grabbing his shirt and scratching his neck.

Wainscoat informed the police of her behavior, and it was reported that there was a strong stench of alcohol on her breath. Police arrested Sandera for domestic battery.

The relationship allegedly became volatile within a few months of their marriage, with reports saying Sandera and her husband had physical fights over her dead cats.

Wainscoat explained that one night, Sandera awoke distraught and screamed, “Where are my kittens?”

She then allegedly began punching Wainscoat, and threw an energy drink bottle that hit the back of his head.

Wainscoat even told officials that Sandera once threatened to axe their furniture if he decided to leave her!

Their marriage was finally over in 2003. Wainscoat described Sandera as a “gold digger” in the court papers. He claimed that she was a spendthrift and wanted to be treated like a queen.

Sandera denied claims of being an alcoholic, but admitted to attending Alcoholics Anonymous. She even underwent anger management courses. Although she denied domestic violence, she pleaded guilty to disturbing the peace.

Furthermore, Wainscoat claimed that he spent $90,000 on their wedding, honeymoon, and dental work for Sandera. She was supposed to pay half of it back to him, and reportedly told him that she had a trust fund.

Wainscoat also claimed that he bought many things, including a home, Land Rover, and expensive furniture. He later found out that Sandera’s trust fund was empty.

Clint Eastwood New Girlfriend: Dating Hostess Christina Sandera .She is a hostess at Mission ranch..he sure like washed out looking blondes! pic.twitter.com/Qse70zjvcN

Clint Eastwood met Christina Sandera at his restaurant, Mission Ranch, in Carmel, California. She was a hostess there, and the couple fell in love.

The whole world came to know about their relationship at the Oscars red carpet event in 2014. The Good, the Bad and the Ugly star walked hand in hand with Christina Sandera.

Eastwood split up with his wife, Dina Ruiz, after 17 years of marriage the previous year. By 2015, Sandera moved into Eastwood’s $20.0 million dream mansion, which he built with Ruiz.

A source claimed that Eastwood’s children met Sandera. They approved of her and even said that she is a “normal” woman.

In August 2017, RadarOnline reported that Eastwood proposed to Sandera, with sources close to Eastwood adding that Sandera changed the star and made him a happy person.

“Everyone who has seen Clint says he’s happier now than he’s been in years,” a source said. “It’s amazing, but it’s taken him all these years to find his first true soul mate.”

However, neither Clint Eastwood nor Christina Sandera have confirmed an engagement or a wedding.