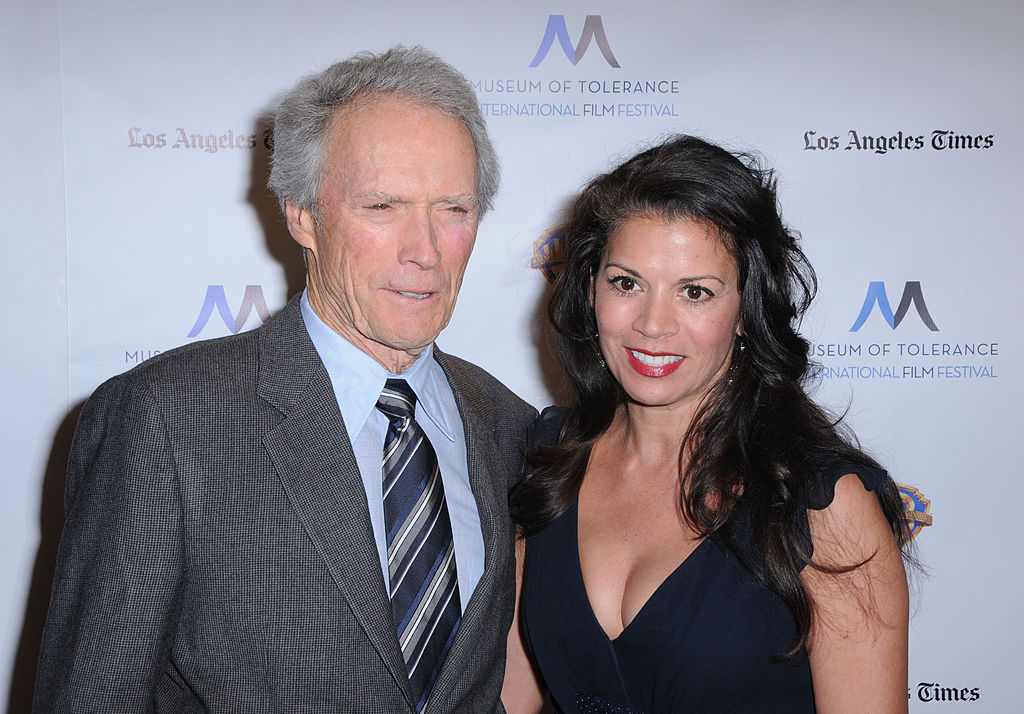 If there is such a thing as Hollywood Royalty, Clint Eastwood is it. Born in 1930 in San Francisco, California, Eastwood is best known as an actor, director, producer, composer, and politician.

For Unforgiven and Million Dollar Baby, Eastwood won Academy Awards for Best Director and Producer of the Best Picture, as well as receiving nominations for Best Actor.

Eastwood met his current wife Dina Ruiz in March 1993 when she was interviewing him for KNAZ-TV in Flagstaff, Arizona.  She is 35 years his junior, but the two were married on March 31, 1996. After their wedding, Dina commented “The fact that I am only the second woman he has married really touches me.” (Source: Clint Eastwood, “Billion Dollar Man,” by Douglas Thompson, 2005, page 229.)

How has Ruiz been able to tame Eastwood, who’s had seven children with five different women? “We’ve had a zero-resistance relationship—no drama. We were naturally drawn to each other and have never broken up or had affairs.” (Source: thedailybeast.com, “Dina Eastwood Opens Up About ‘Mrs. Eastwood & Company’ and Life With Clint,” May 16, 2012, http://www.thedailybeast.com/articles/2012/05/16/dina-eastwood-opens-up-about-mrs-eastwood-company-and-life-with-clint.html.)

In September 2013, Ruiz revealed that she and her older husband had been separated for quite some time. She eventually filed for a legal separation from Eastwood, who was rumored to be dating her ex’s ex-wife.