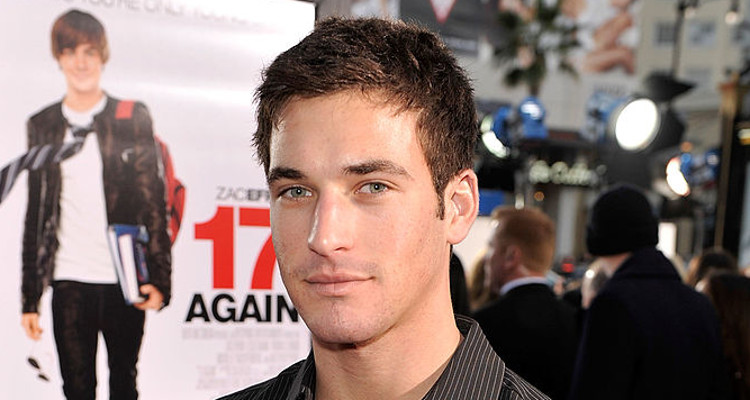 Rest in peace Clay Adler. The star of MTV’s, Newport Harbor: The Real Orange County passed away on March 26 of an apparent suicide. His tragic death has shocked his friends and family.

Who is Clay Adler? Some might not remember him because his short-lived reality show aired 10 years ago. We first saw the athletic heartthrob on MTV, making girls swoon. But he was really just a shy teen, who loved the oceanfront. No one expected this up-and-coming star to suddenly pass away. A tragic incident on March 26 led to the young reality star-turned-actor’s death. Take a look at Clay Adler’s wiki to know about the cause of his death, his movies, girlfriend, and more.

The Heartthrob of The Real Orange County

He was joined by fellow MTV offshoots, Chrissy Schwartz, Allie Stockton, Grant Newman, Sasha Dunlap, Chase Cornwell, and Taylor Geiney for both seasons. He was described as the hottest young man on Newport Harbor, where he was born and raised. After the show ended, he tried his hand at acting. He did cameos in the popular gymnast drama, Make it or Break it and the TV movie, The Fish Tank. Clay Adler’s net worth hasn’t been calculated, but he was hoping the MTV series would jumpstart his acting career.

He wasn’t dating anyone at the time of his death. Despite his popularity with the other ladies, he didn’t have many girlfriends, which is why some speculated that he was gay. In reality, he was very shy with his best friend, Grant Newman, being the person to keep his confidence up. He did, however, have a fondness for his Newport neighbor and costar, Chrissy Schwartz, who he dated during the course of the show.

Also Read: Gianluca Vacchi Wiki: Who is the Instagram Star That Has Taken the World by Storm?

What was Clay Adler’s Cause of Death?

The reality star died of an apparent suicide. According to reports, he and his friends took a road trip to a desert to go shooting. According to the authorities, Adler turned the gun on himself and shot himself in the head. He was rushed to the hospital but passed away the next day, March 26, of the gunshot wound.

He was only 27 years old at the time of his death. The reason for his actions are still a mystery. There were no drugs or alcohol in his system. He did, however, have a history of mental illness and depression as per some reports. His father, Frank Adler, said he was unaware of his son’s struggles.

His former costar, Allie Stockton, was one of the many people who paid their tributes to Adler on Instagram. “At a loss for words and truly heartbroken. We love you so much Clay. I do hope you’re in this outfit when I see you again ?” Stockton wrote.

You will be missed, Clay Adler ?

He is an Avid Surfer

The beaches and oceanfront of his hometown were Clay Adler’s first love. He enjoyed surfing and often went fishing on Balboa Island on his speedboat. Knowing his love for the ocean and surfing, his grieving friends and family opted for a fitting memorial in his honor. They gathered out on Newport Beach to pay tribute to to the avid surfer.

Clay left a positive legacy behind. Frank said his son wanted to do something good even in death and applied as an organ donor when he got his driver’s license. The family could say their goodbyes while the doctors kept his body alive long enough to donate the organs. Even after his passing, Clay has saved four or five lives by donating his organs.

Frank said the recipients “have gotten in touch with us already in complete thankfulness — and incredibly grateful and incredibly sorry for our loss, but unbelievably grateful that they’re able to continue living. Clay would have been thrilled to know that.”

He was Friends with Jennifer Lawrence

When a semi-famous Adler was going to auditions in Hollywood to push his acting career, he met a pre-famous Jennifer Lawrence. The Oscar-winning actress and the reality star became pals during their early days. Lawrence’s career skyrocketed with The Hunger Games and Silver Linings Playbook, while Adler’s acting career was progressing at a slower pace. But their friendship dates to before they were famous. They were seen together at the Movieguide Awards in 2007.

Being close friends, Lawrence is devastated by the news of Adler’s death. “Clay brings Jennifer back to her humble beginnings and hearing that he took his own life really has made Jennifer feel heartbroken,” a rep for Lawrence told the media.

Our thoughts and prayers go out to Clay Adler’s family during this difficult time.