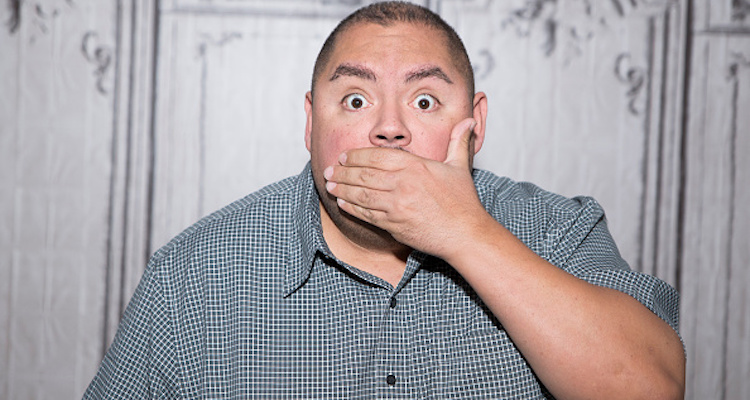 Gabriel Iglesias is one of America’s most popular comedians, with constantly sold-out shows worldwide, and landing some pretty awesome movie parts, and even a recurring role on one of ABC’s hit sitcoms. Apart from his wildly successful career, it seems as though he has a good personal life as well. Gabriel Iglesias and his wife have been together for nine years now and seem to still be going strong, which is almost unheard of in Hollywood. Who is Gabriel Iglesias’ wife? Her name is Claudia Valdez, and she looks to be the perfect match for the comedian. Gabriel Iglesias and Claudia Valdez first met in in 2008—the media first caught wind of their romance after pics of them attending a Make A Wish event at the Laugh Factory, surfaced. To learn more about Gabriel Iglesias’ girlfriend and her relationship with the actor/comedian, keep on reading.

Claudia Valdez, actress and producer, is a private person and has, for the most part, managed to keep details about her personal life out of the media—other than her relationship with Iglesias, of course. She’s so private, in fact, we rarely ever see her on her beau’s Instagram page, and are not sure she has one herself. Social media isn’t for everyone, but we’re definitely surprised she doesn’t have more of an online presence due to her line of work. She began her career early on, landing small parts and supporting roles here and there. One of her most notable roles was in the 2010 film, Monsters, where she played a nurse. She’s a successful producer with great knowledge of how the industry works, which is probably why she and Iglesias have such a stable relationship—understanding each other’s work, especially in the entertainment industry, is an integral part of a successful relationship.

Her Son & Relationship with Iglesias

Claudia Valdez’s son, Frankie, is often thought to be fathered by Iglesias, but he actually has another dad—Valdez had him during a previous relationship. Because she’s so private and keeps her family out of the spotlight, there’s not much information about Frankie’s dad as for who he is, and whether he’s still in the picture. However, there’s one this we do know— Iglesias, age 41, is an amazing step-father to Frankie, and the two have a great relationship. A fan tweeted Iglesias asking how his son was doing, and he responded jokingly, “My son is great! He’s 19 and chills. What a life! Any cute girls wanna take him off my hands? He has all his shots #FreeFrankie”

If you’re familiar with Iglesias’ comedy act, then you know how hilariously lighthearted he and be about his jokes—even if they’re about himself. Valdez has a similar sense of humor, and approves of his jokes, even if they’re about their relationship and told in front of thousands of people. Gabriel and Claudia are an adorable pair, and though they haven’t tied the knot yet, we’ve been hearing rumors that a wedding might be on the horizon sometime soon.

Want to see more if Gabriel Iglesias? You can catch him Tuesday nights on Fluffy’s Food Adventures on Fuse at 10/9c. He also has a few comedy specials on Netflix, if you’re in the mood for a stand-up binge.