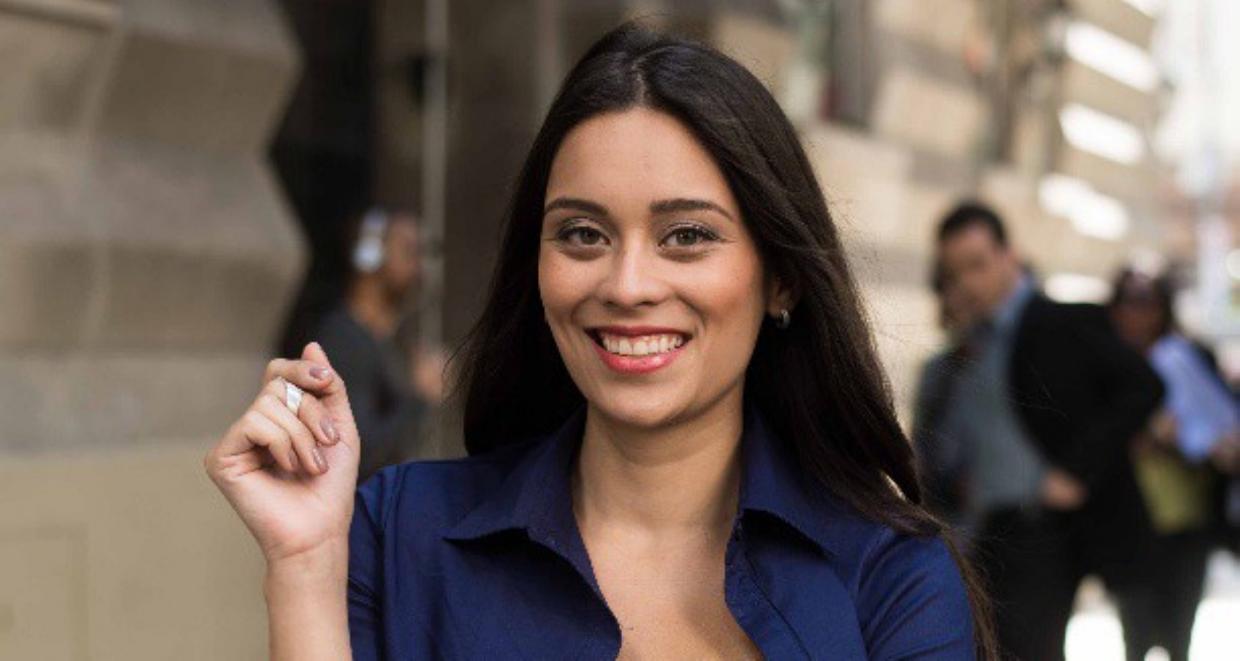 Soccer fans are pumped to see their favorite players and teams in the 2018 FIFA World Cup Russia. But the people in the background supporting the players deserve mention, too. Marcelo Vieira is Team Brasil’s defender, who’s come this far with the support of his loved ones. And he never fails to thank them. We’ve come to know about Marcelo Vieira’s wife, Clarice Alves, thanks to the number of goals he has dedicated to her. Here are some details from Clarice Alves’ wiki.

She Met Vieira When They Were Teens

In case you’re wondering about Clarice Alves’ nationality, she is Brazilian, just like her husband.  She is a proud Carioca-native of Rio De Janeiro, Brazil, who was born on December 7, 1988. 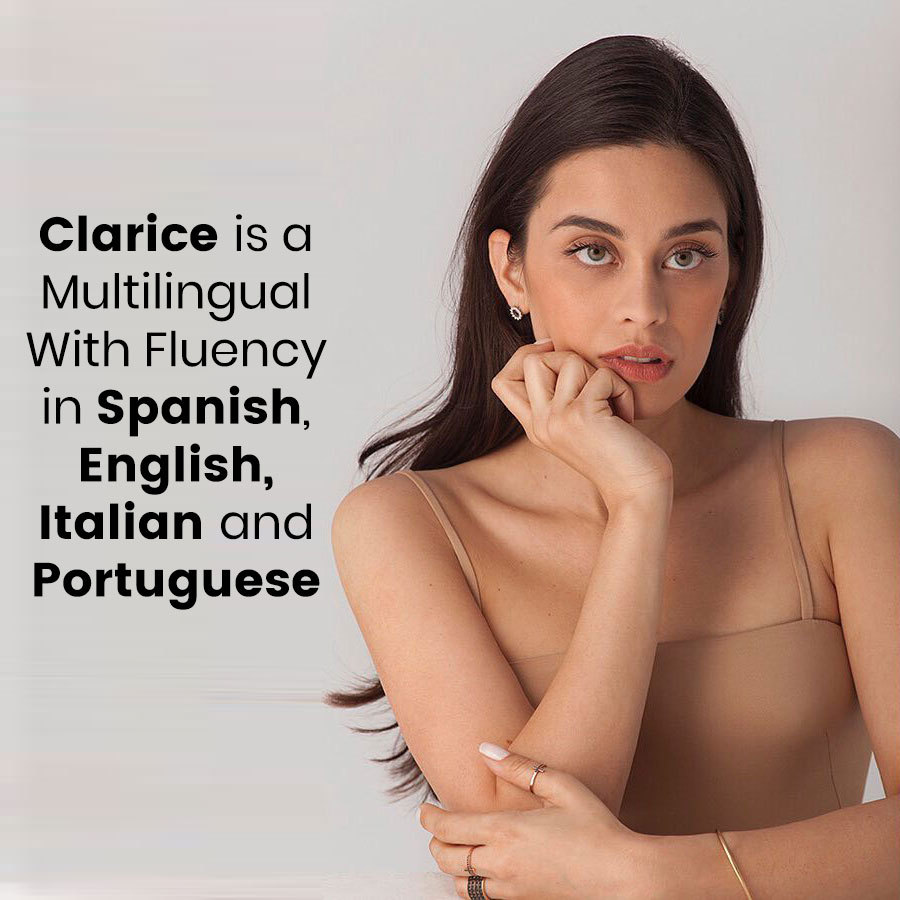 She moved to Madrid, Spain with her husband in 2006, a year before Vieira began playing for Real Madrid. She does travel to her home in Brazil every opportunity she gets.

She’s multilingual with fluency in Spanish, English, Italian and Portuguese. She’s also a practitioner of Muay Thai. So, stay on her good side!

Alves and Vieira met when they were teens. Clarice Alves’ brother and Vieira are friends. A 15-year-old Vieira met his friend’s sister in Rio, and love blossomed. They’ve been together ever since.

Alves followed Vieira to Madrid because they didn’t want the hassle of a long-distance relationship. The move led them to tie the knot in 2008 when they were 20 years old. 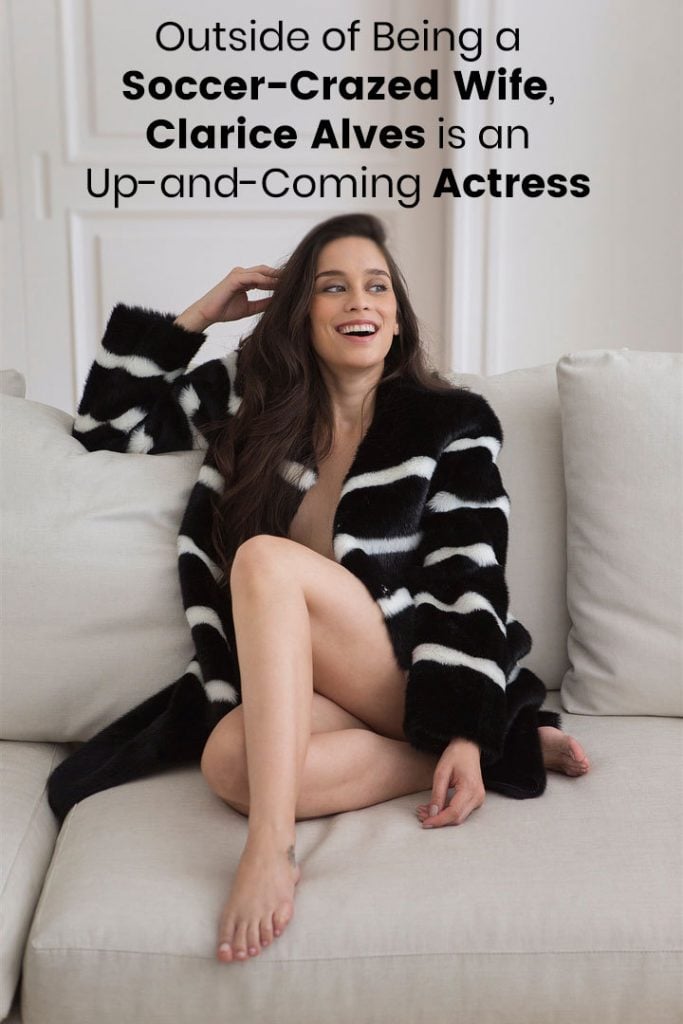 Outside of being a soccer-crazed wife, Clarice Alves is an up-and-coming actress. She is professionally trained in the art of acting and has traveled wherever work takes her.

She first fell in love with acting at the age of 12, when she attended the Casa e Companhia de Artes Avancini. She studied acting there until she was 17, during which she participated in four plays. One of her early plays was shown in multiple theaters and was translated in three different languages.

At the same time, she studied under Sonaira D’Avilla at the Studio Escola de Atores in Brazil. She decided on a career path as an actress and signed up for several professional lessons, including a workshop at the New York Film Academy.

She continues to upgrade her skills by attending workshops while working. Over the years she has worked in several movies and plays.

Her resume consists of four short films and two feature films, including the 2015 movie, Diminuta, directed by Bruno Saglia. 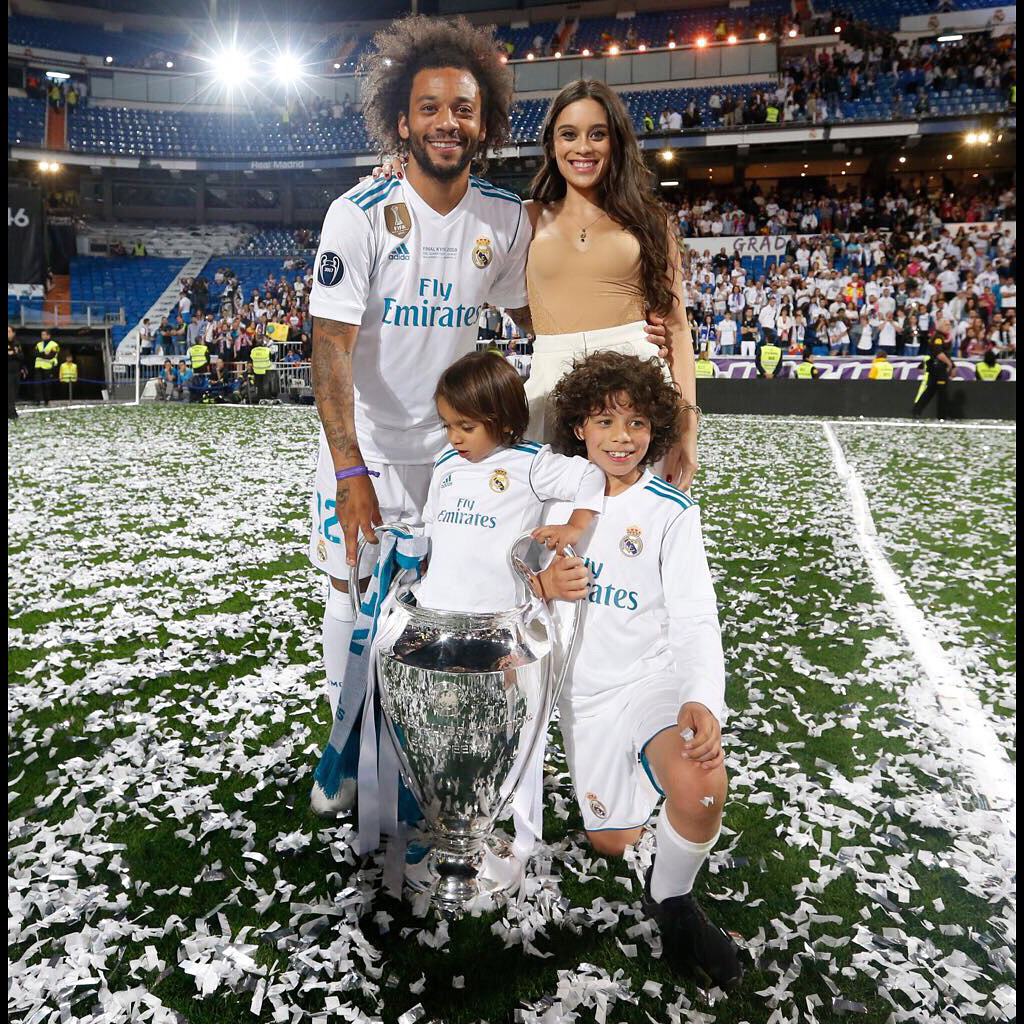 Marcelo Vieira with his wife, Clarice Alves, and their sons, Enzo and Liam. Credits:Instagram/claricealves

Her Kids Love Soccer Too

Their eldest son, Enzo, recently became the subject of a viral video, when he did the “Header Bin Challenge” with the Real Madrid players. Enzo displayed his soccer skills in the Real Madrid dressing room.

In the video Vieira posted on his Instagram, Enzo exchanges headers with a row of Real Madrid stalwarts sitting on a bench, including his dad! The eight-year-old then makes a headshot into a bin before the entire squad breaks into a frenzy at the perfect play.

Real Madrid’s opponents should be very glad they’re not going up against Clarice Alves and Marcelo Vieira’s son!