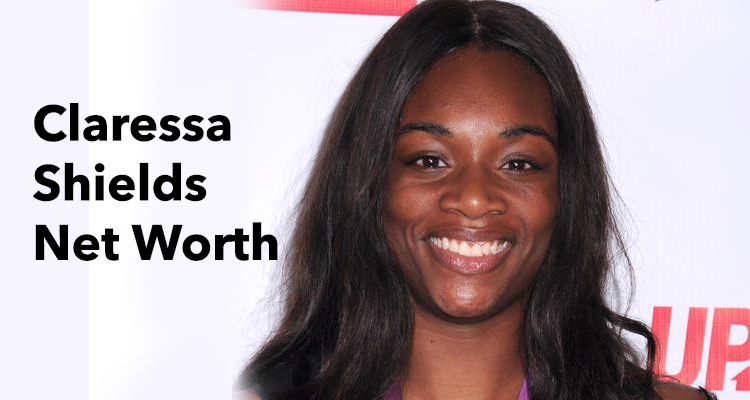 Until 2012, women were not allowed to take part in the Olympic boxing events. It was exclusively for males. This travesty of justice was rectified in 2012, when women’s boxing was introduced as a regular event at the London Olympic Games. This was the moment Shields was waiting for. A chance to show the world what she was made of! And she did it in style. Barely 17, she hooked and punched her way up to win the gold medal in the middleweight category. She became the first woman from the U.S.A to win a medal in boxing.

Shields was born and raised in the city of Flint, Michigan. Flint is one of the most dangerous cities in the U.S. Shields also fought her way through tough times. She came from a broken family, as her father Bo was sent to prison when she was just two years old. She only saw him again only when he was released seven years later. Shields worshiped her hero, boxer Laila Ali (Yes, Muhammad Ali’s daughter), who is the one who got her interested in boxing (traditionally a sport for males) in the first place. Even her father thought it was not for women and refused to allow Shields to box until she was 11 years old. Shields says it was her grandmother who supported her and told her that she could do whatever she wanted in life and gender was not a restriction.

Despite her winning a gold medal, Shields returned to home only to find that all the prestigious brands shied away from her. Shields say it’s because she does not fit their image of a traditional woman. She believes it’s because she is not a “pretty girl” who is sweet and charming, and doesn’t fit the requirements of these companies. For Claressa Shields, sponsorship is still a distant dream. Shields says she is aggressive in her attitude, which befits her as a boxer but the system does not approve of it. She says women are expected to be a little tough, but not too tough and she believes maybe that is why she is not the ideal woman they are looking for.

However in the ring, Shields is free to unleash her power. Claressa Shields’ fight record is simply amazing. She has won 74 of her 75 fights so far, which include 18 knockouts! She has lost only one fight in her life, so far. Beat that! But for Claressa Shields, records aren’t the main thing. The important thing is that boxing gives her the chance to express herself and prove her worth in this most primal of sports. Claressa Shields’ net worth is only $0.2 million, but things could change rapidly if she wins the gold medal at the 2016 Rio Olympics. Sponsors could make a beeline for her if she retains her title!

Her tremendous struggle to rise above her troubled childhood and her tough upbringing has captured the hearts of many people. In an era of rising women, no sport will remain exclusive to the males for long. And now you can add boxing to that long growing list. Matching men punch for punch, Shields will be a star attraction at the Rio Olympics.